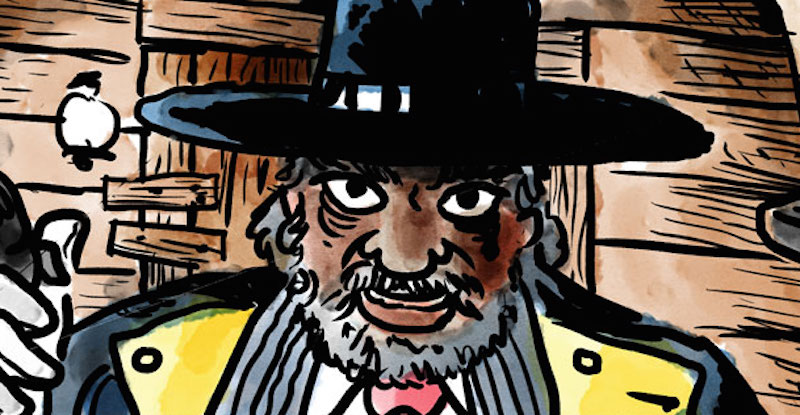 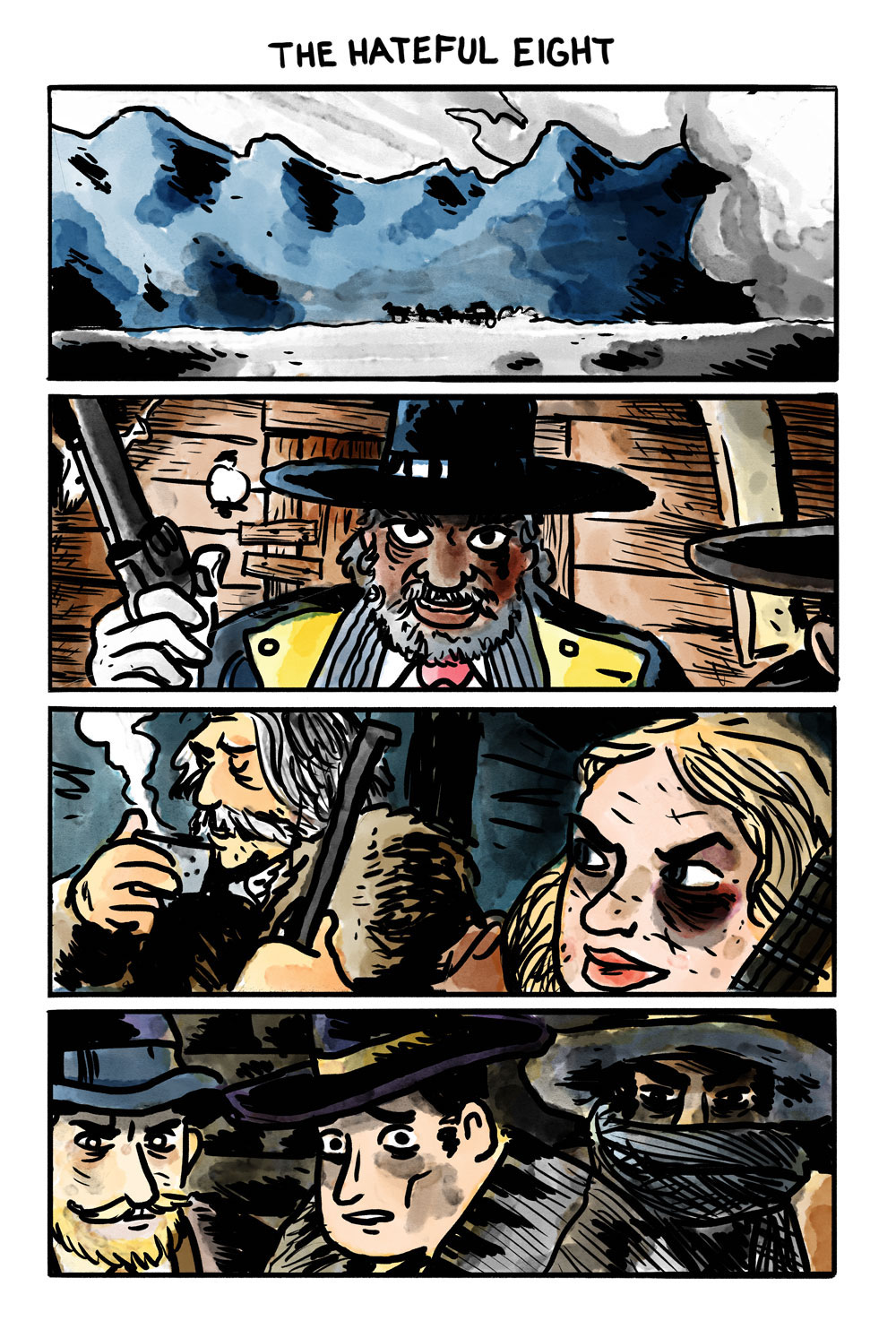 Let’s get this out of the way right now. There are two kinds of people in this world. People that like Tarantino movies, and those who don’t. He’s what you might call a ‘polarizing’ director. He’s trashy, violent to the point of comedic, and is absolutely bananas on using the N word. Plus, if you’ve ever seen him in any interview, he acts so coked-up and whiskey frantic that it will make you want to Gorilla Glue him to a wooden chair and cut off his fucking ears (Maybe that’s just me). However, despite all that, I’m in that first camp. I genuinely love Tarantino movies. Even when I hate them, I kind of love them. I find that they have an unpredictable quality. I honestly have no idea what he or his movies will do next. Now in my lifetime I have watched, no joke, 1 Ka-Zillion movies, so that is actually saying something. To not exactly quote Tarantino, from the documentary on Ozploitation NOT QUITE HOLLYWOOD, “There is something about watching a movie as a movie fanatic and seeing something you’ve never seen before. Something so insane that it is unique to that movie, and that it’s so insane that somewhere someone caught it on camera. And it’s for those moments that we watch movies” (That is not even close to what he said, but it’s kinda the gist.) He was referring to the movie FAIR GAME where they tied a woman in a white dress to the hood of a jeep and drove around the outback…his next movie was DEATH PROOF. For that reason alone he is kind of the ‘film lovers’ film maker.

Now, I would never dissuade anyone from seeing THE HATEFUL EIGHT. It’s got some truly great scenes, hilarious moments, and just enough THE THING and EVIL DEAD references to make it worth my while. However, when that little voice in the back of my head asked me, “So…what did you think?”, I found myself saying, “So what.”

For anyone who has not seen the movie poster, lemme give you a quick run down on the plot. “In the dead of a Wyoming winter, a bounty hunter and his prisoner find shelter in a cabin currently inhabited by a collection of nefarious characters.” That’s in quotes because I literally just pulled it from IMDB. It is, at the most basic level, what any human seeing THE HATEFUL EIGHT knows (or thinks they know) about the film going into it. Eight no-good-niks, trapped together, up to no-good…who pulls their gun first. I am going to need you to put a pin on that, and remember it for later.

Now the bounty hunter in the above description is none other than Kurt ’The Hurt’ Russell playing the part Wilde E. Sideburns. He brings, a la stagecoach, the babe-a-lious bounty of Jennifer Jason Lee to the city of Red Rock to hang on the rope for 10G’s. Along his stagecoach ride he inexplicably runs into good buddy/fellow bounty hunter Samuel L. Jackson and Walton Goggins who’s a celebrated racist (in the movie, not real life) named Chris Mannix. Because of all of this hoopla they are unable to out run the oncoming blizzard, and have to bunk down at Minnie’s Haberdashery. Minnie’s is like a frontier Flying J that has nothing to do with selling hats. Once inside, we are introduced to Bob the Mexican, the Englishman (and local Hangman) Tim Roth, Scratchy-Throat the Mother-lovin’ Cowboy, and Confederate general Bruce Dern who for story reasons are also stranded for the duration of the storm. Thus completing the Hateful Eight (I am assuming the title is snubbing my favorite character ‘OB’ the stagecoach driver.)

We just experienced the Civil War (the one that happened in American history, not the Marvel one) so naturally tensions and N-Bombs are riding high. Not wanting to spoil things too badly (as this is a movie were the devil is in the details), this is essentially the film. In many regards, it’s classic Tarantino. Lots of breakin’ it down dialogue from callin’-it-like-they-see-it characters, Mexican stand-offs, explosions of violence, and movie references. He even delivers a shot in the film of a naked guy in the snow…which I as a dude that’s seen a Ka-Million Jillion movies…have never seen before. I am still scratching my head how he did it. It was legitimately thrilling to watch.

So the thing about Tarantino movies is that you end up comparing them to other Tarantino movies…rather than all other movies. They seem to operate with their own unique sense of internal logic, almost as if they were all from one shared Tarantino universe (Which according to interviews, they are!). They drip with his own particular brand of pop-culture insanity. The exceptions to this may be JACKIE BROWN and arguably DEATH PROOF. Not exactly my favorite Tarantino films. So whether you love ‘em or hate ‘em, Tarantino’s main strength is his Tarantinoness. The unique ability to culture jam multiple styles of films into one movie and make it his own. Is INGLORIOUS BASTARDS a revenge flick, a WWII buddy flick, a ‘men on a mission’ flick, or a Tarantino movie? In that sense, THE HATEFUL EIGHT has much more in common with JACKIE BROWN and DEATH PROOF, than his other western DJANGO UNCHAINED (Which, is unlike any western or movie I have ever seen). So when Tarantino makes something (in this case a genre film) tonally and stylistically that much more consistent, it speaks not in the language of the artist/auteur, but the language of that medium. So, I am forced to compare THE HATEFUL EIGHT not to all other Tarantino movies, but to all other westerns. And as a western, that dog does not exactly go hunting.

Smart casting and minimal advertising are doing most of the dramatic lifting in this movie. It certainly wasn’t through cinematography or direction. There was no a close up eye shot. Like that dramatic first shot in THE GOOD, THE BAD, AND THE UGLY where the viewer immediately knows this is a sweaty, desperate place. Where luxuries like a bath or a bowl of soup are things to be bragged about. Or the opening of THE WILD BUNCH, where ants swarm killing a scorpion, then a gang of little kids kills them all with the fire of a magnifying glass. Without any words we immediately know that this is a world of killers. Where killers get killed, and children are killers too.

HATEFUL has none of that. Instead it pulls the stagecoach of its story along with words…lots and lots of words and dialogue. Which to be honest, felt forced. As if actors were just mouthing dialogue in costume and teeth make-up, instead of acting the character. For example, Kurt Russell has some of the funniest lines in the movie, they also seem the most forced. In particular there is a scene (you’ll know the one) where the vernacular that Samuel L. Jackson uses for his pecker is nothing short of peculiar. It was almost like watching a stage play. And before you scream at your screen, “That was the point, you idiot!” let me add, there is a reason why movies are movies and not plays…and there is a reason Ten Little Indians didn’t involve actual Indians.