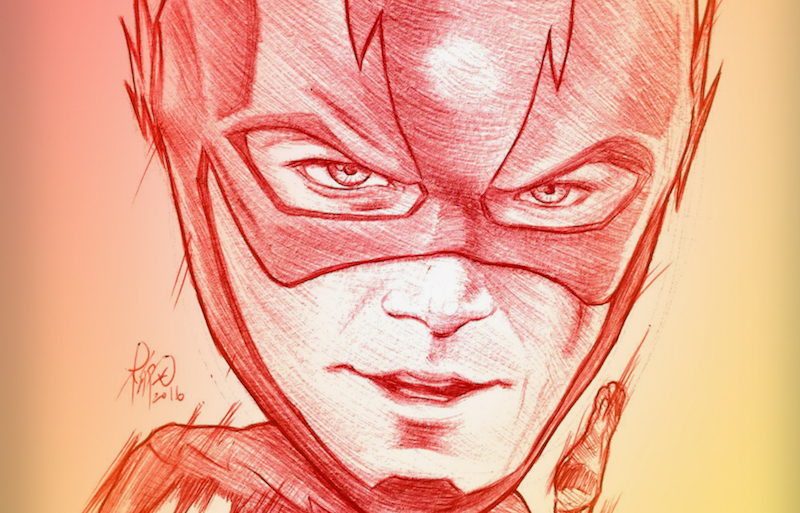 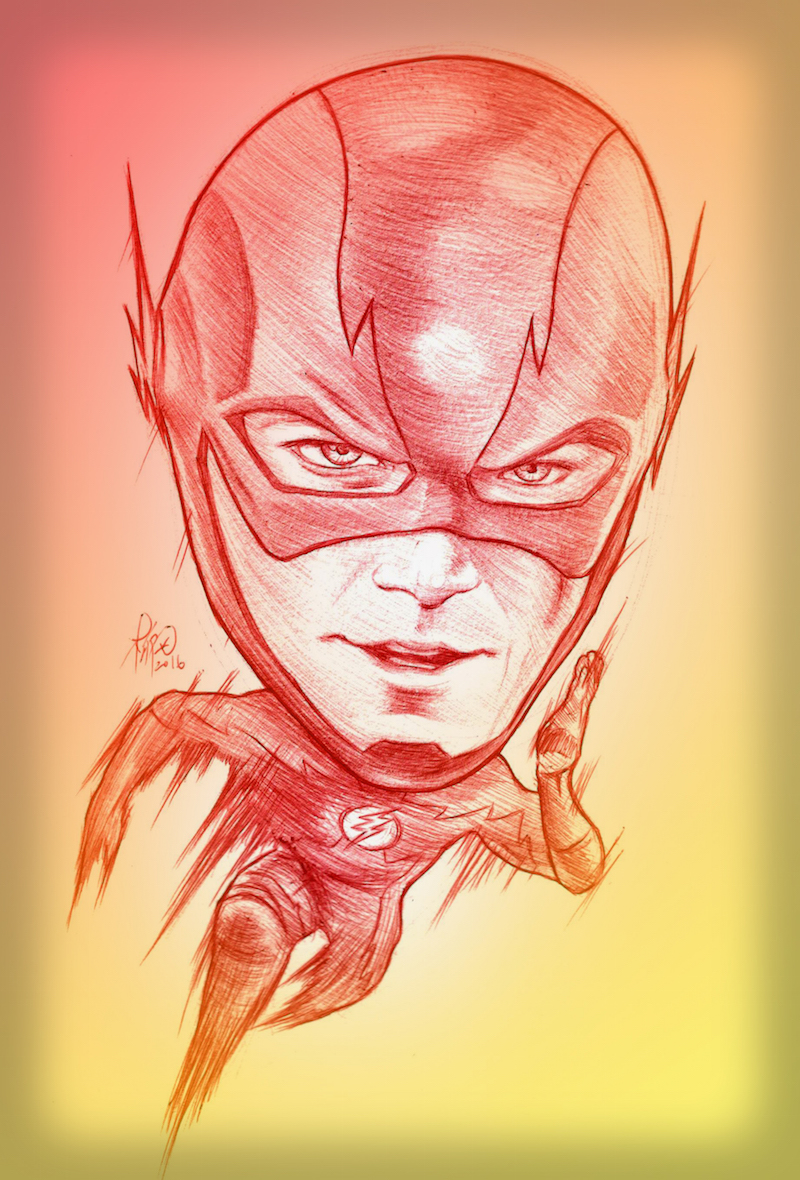 Season 3 opens with Barry Allen waking up at his desk at CCPD with a splitting headache.  That’s weird.  Not what I was expecting for a season opener, but, alright. What the heck just happened? Joe isn’t at his desk.  Iris isn’t answering her calls. Cisco and Caitlin are no where to be found. There’s reports of a ‘Citizen Cold’ stopping a metahuman attack downtown. Who? What the hell is going on? What Earth is this? A second before he’s about to race off to STAR Labs, Barry is interrupted by his mother, Nora Allen.  She’s alive and she has cookies.  “Barry, did you forget that it’s your birthday?  I always bring you cookies on your birthday.”  Always?  After politely excusing himself from his dead mother, Barry attempts to race over to STAR labs and discovers that he no longer has his powers. Zoom!  What did you do?  No, Barry, no.  This isn’t because of Zoom. Or Thawne.  Or Time Wraiths or parallel Earths.  You did this.  You went back in time, saved your mother’s life and created an alternate reality.  Way to go, numb nuts.

If you’re a multi platform fan of THE FLASH, you probably heard about a story line called ‘Flashpoint.’ In it, Barry Allen travels back in time and rescues his mother before she was murdered.  When Barry awakes in the present, he finds a very different world than the one he left.  Thomas Wayne is Batman.  Wonder Woman and Aquaman are at war and destroying most of the world in the process.  Heroes are villains.  Villains are heroes.  Superman was scooped up by the government and kept in a red sun prison his entire life.  Shit is wack. It’s not much of a stretch to imagine that season 3 of THE FLASH is going to mirror a lot of that story line.  What kind of world is Barry going to return to after deciding to save his mother’s life?  Did he just wipe away all the events of the first two seasons?  Will Wally West be this new timeline’s Flash?  What about Wells?  Iris and Joe?  How will his decision echo into the worlds of ARROW, LEGENDS OF TOMORROW and SUPERGIRL? More importantly, how long are we going to have to wait until Barry fixes what he did and everything goes back to ‘normal?’ Was Zoom right about you, Barry?  Least we know this… Somehow, Snart is going to make the reality jump with Barry and become a new hero of the CW DCU. Citizen Cold.  ‘Mayor Coldy Wilson.’ I like the sound of that.

How do you have a name like Caitlin Snow or Jesse Quick and NOT become superheroes?  ‘Wally West:  The Man Who Can’t Go East.’ Prologue time. Not only was the first season of THE FLASH truly exceptional, it raised the bar for superhero shenanigans on television. Come at me, bro? It took the budding universe that was being established in ARROW and made it into something so much more outstanding. The introduction of the ‘Multiverse’ in Season 2 was one of the smartest things I have ever seen done on television. Not only did it allow for a crossover story with SUPERGIRL (who existed on a completely different network) It also rationalized why the CW shows are completely separate from the movie universe and how they can both exist. IT’S A MULTIVERSE. Oh boy, I sure do hope that Season 3 creates a way for SUPERGIRL and friends to permanently exist in the CW universe. Besides having amazing reveals like ‘Jay Garrick was playing everyone for a fool and was actually Zoom/Hunter Zoloman’ or ‘the real Jay Garrick is the man in the iron mask, who just so happens to be a doppelganger of Henry Allen’.

What makes THE FLASH so much fun to watch is that Barry Allen isn’t the lynch pin that holds the show together, his supporting characters are equally integral to the FLASH’s overall outstandingness. (Can I get a quick round of applause for Tony Todd and his terrifying voice work for Zoom?) It’s not even the crossovers with ARROW, SUPERGIRL or LEGENDS OF TOMORROW that bring THE FLASH to the next level, It’s how seriously the creators take this project and how much effort they invest in creating a solid show. “The Runaway Dinosaur” episode broke my heart. ‘Sit,Barry; Sit.’ The appearance of ‘Manshark’ had me tossing popcorn at the screen. Whatever happened to Patty? I liked her. Do I want Barry and Iris to end up together? How did they turn a piece of shit character like Harrison Wells from season 1 into one of the best characters in season 2? Watching Wally and Joe build a relationship was so damn satisfying. Watching Caitlin go through an entirely new heartbreak was tough. Cisco continues to drop some of the best one liners on the show. “I’m so glad you’re back because we’re about to die.” Although… “Every Earth has the Godfather” was a pretty tight Wells’ pull. What’s it going to be like once Wally and Jesse get their speed?  What do I have to do to get a beer with Joe West?  Everything about this show is perfect. Everyone on it is having a blast and working their asses off.  This is the content we all deserve.  Now, bring me Nightwing, the JSA and more SUPERGIRL and I’ll die a happy nerd.