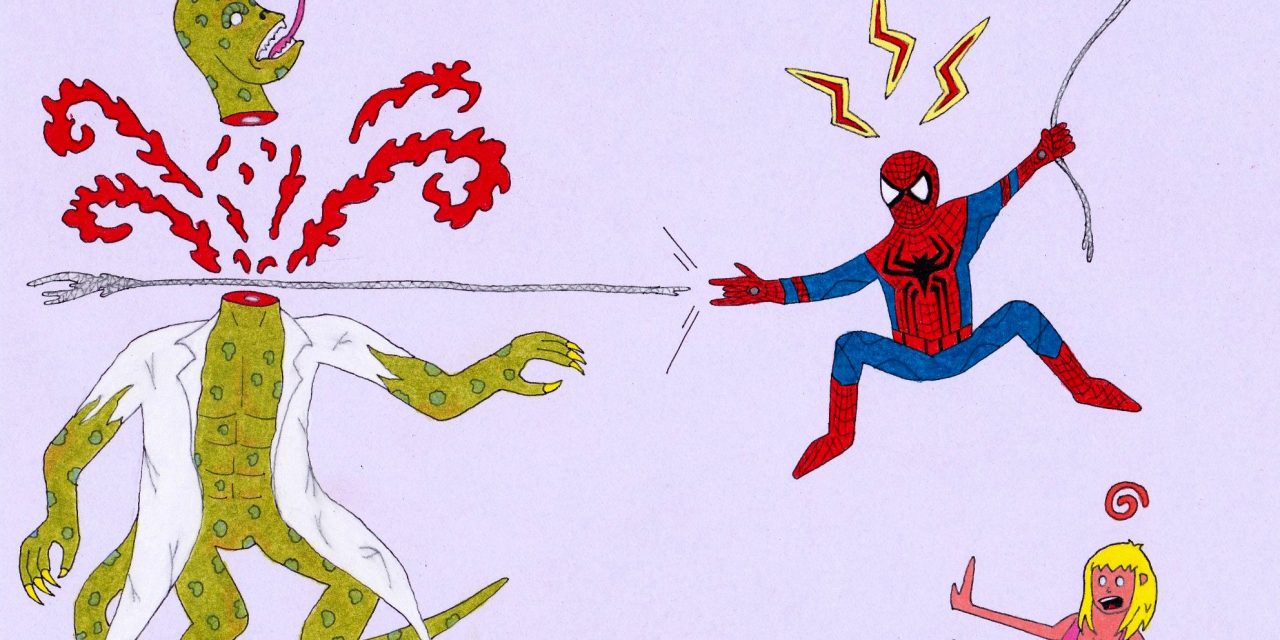 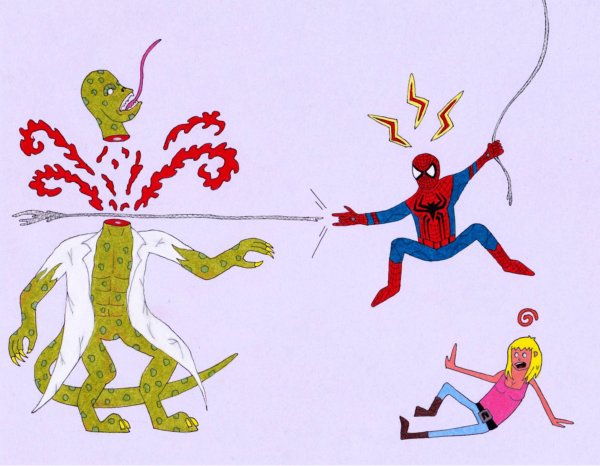 I know what you are thinking. You’re thinking that it’s way too soon for a Spider-Man reboot and that THE AMAZING SPIDER-MAN is likely an unnecessary film to have been produced. A lot of movie-goers are just not going to get past that and reject this film before they even see it. Let’s be honest, most movie-goers these days (yes you!) are haters and they will find the easiest reason to hate and critique a movie and just blab on about it as if they are some kind of expert. Those people just need to go rent AMELIE (girls) or BOONDOCK SAINTS (boys) and shut the hell up. While I will admit this reboot is a bit premature, I can still approach it with a fresh set of eyes and experience it as a re-imagining. Even still, I warm you that comparisons to the original trilogy will be plentiful in this review because I am a huge nerd and it seems unavoidable.

For those of you not doing the math at home, the original SPIDER-MAN directed by Sam Raimi (DRAG ME TO HELL) was released in 2002 with a sequel in 2004 and the final installment in 2007. That means we have only waited 5 years for this franchise to reboot itself. Did you really expect Sony to just sit on the rights to a franchise that makes them a crapload of money out of respect for the series? If you did, you’re an idiot. Plain and simple. If I bake a cookie and some nerd buys it for millions of dollars, you can bet your cookie-eating ass I’m going to bake another AND fast! So while there are some issues of story repetition with this reboot happening so quick, let’s try and look at it with a fresh set of eyes and in a more positive light. We all know this reboot came too early, but it’s here now and you are likely going to pay to see this movie one way or another. After all, this IS a Spider-Man movie, and who doesn’t like Spider-Man? 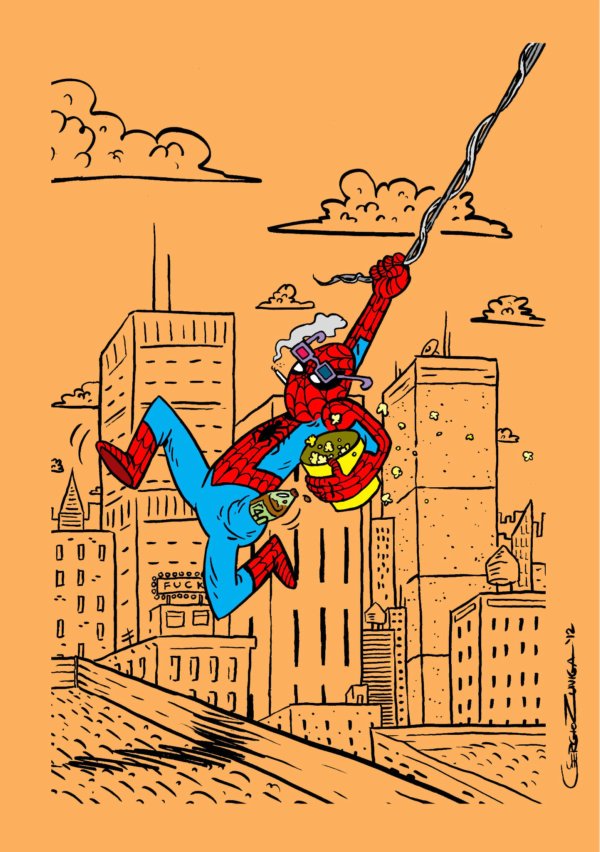 THE AMAZING SPIDER-MAN is directed by Marc Webb (500 DAYS OF SUMMER) and stars Andrew Garfield (THE SOCIAL NETWORK) as the web-head himself. The story tells the origins of how a teenage boy named Peter Parker becomes the hero known as Spider-Man. When discussing the plot of this movie, it is almost impossible not to compare it to the previous trilogy mainly because there are a lot of noticeable similarities and differences. This origin story decides to shed more light into the lives and disappearance of Peter’s mother and father who have a dark connection with a scientist named Kurt Conners who later becomes the villain known as The Lizard. Anyone who saw the original movie will notice that the death of Peter’s uncle, the spider bite in the science lab, the main evolution of Peter into Spider-Man, and even the villain’s inner monologue ramblings are almost identical with just a few tweaks here and there. This is where I felt the film lacked most. None of the scenes packed quite the emotional punch that the original trilogy did, and it came off as uninspired and a bit lazy. If you want to “reboot” a franchise, REBOOT it; don’t just re-tell it in a slightly different way. Audiences know who Spider-Man is; we don’t need another 45 minutes of reintroduction.

While there was quite a bit of the “been there, done that” feeling, I do believe THE AMAZING SPIDER-MAN added a lot of fun things to the origin story such as properly introducing Gwen Stacy (EMMA STONE; ZOMBIELAND) as Peter’s first love interest, Gwen’s father (Dennis Leary; RESCUE ME) being the police captain tracking down Spider-Man, and the main villain The Lizard/Curt Connors (RHYS IFANS; NEVERLAND) having ties to Peter’s parents and possibly their disappearance. There is no Mary Jane yet, Peter is not a photographer for the Daily Bugle yet, and the Osborn family is only mentioned loosely. So basically, there was enough here to make it different and interesting, just not horribly unique or inspired. I will happily admit that if I never saw a Spider-Man movie before, this movie would have been a lot cooler. So maybe younger audiences who are being introduced to this character will have a deeper appreciation for it than I. I understand that I am almost 30 and am no longer the target audience for a movie like this one which is obviously geared toward teenagers. Maybe the fact that this movie has an obvious target audience is an issue initself. I feel as if the original trilogy can be enjoyed by all where this one is really zeroing in on the younglings. 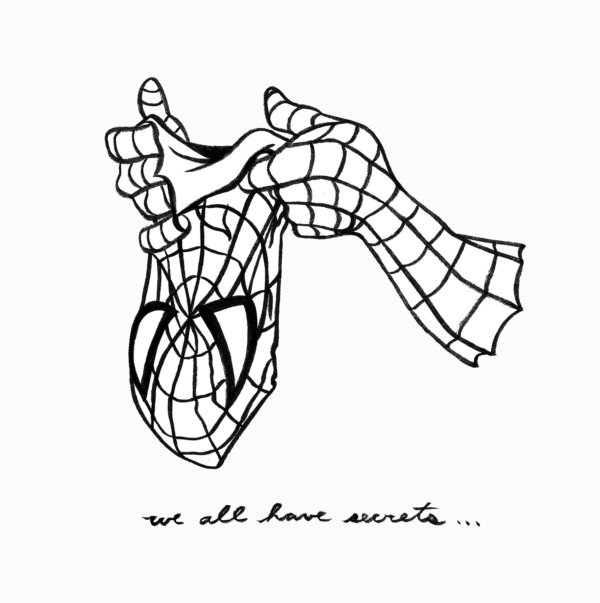 In a reboot such as this that will likely have many sequels, the cast is very important. An obvious starting point is Andrew Garfield as Spider-Man. Compared to Toby Maguire (THE GREAT GATSBY), this new guy ain’t got shit. This does not mean that Garfield did a bad job, it’s just that Maguire IS Spider-Man to me and that’s really not going to change anytime soon. I think of it like I think about James Bond. I have my favorite, yet I enjoy all the movies just the same. Garfield is young and fresh, plays dorky decent enough, and once he is suited up as Spidey, he really kicks ass. Something this movie got right was Spidey’s wit and sense of humor; even during intense battle sequences. In the end, Garfield as Spidey works for me and he did have good chemistry with Emma Stone who plays Gwen Stacy. Stone has just enough cute and dorky in her to pull this role off. She was a strong female lead for this film that definitely was charming to watch.  Rhys Ifans as Dr. Curt Connors was an alright villain, but his performance just echoed what we saw from Willam Dafoe (JOHN CARTER) due to him working at Oscorp, being a scientist experimenting with injections and gasses, transforming into a creature, and his crazed inner monologues as mentioned before. Granted he turned into a towering Lizard rather that a shiny green power ranger with anger issues, but that is about all that is different with this character.

Besides the main players, we have Martin Sheen (THE DEPARTED) as Uncle Ben, Sally Field (FOREST GUMP) as Aunt May,  and Dennis Leary as Captain Stacy. Sure we see Peter’s parents very briefly, but their presence was minimal and their performances werecookie cutter and forgettable. I appreciate them showing us Peter’s parents, but there was just no emotional resonance to what happened to them and I just never felt the love or loss as much as I think I should have. Sheen as Uncle Ben was alright, but he was nowhere near as memorable as what we got from the lovable and stoic Cliff Robertson (CHARLY) in the original trilogy. Field as Aunt May also lacks a bit here but she did a fine eniugh  job. Again, I just never connected with her here as much as I did with Rosemary Harris (THIS MEANS WAR) in the original trilogy. Sorry to compare again, it’s just that they did it so right the first time around, it’s hard not to. I think Leary did a wonderful job as the over protective yet lovable father/police captain. His role was a great addition and the dynamic he shared with Peter was fun to watch. Overall, all the actors in this film did a fine job, just not horribly memorable. Any day of the week I will tell you the cast of the original trilogy was far superior on all accounts. 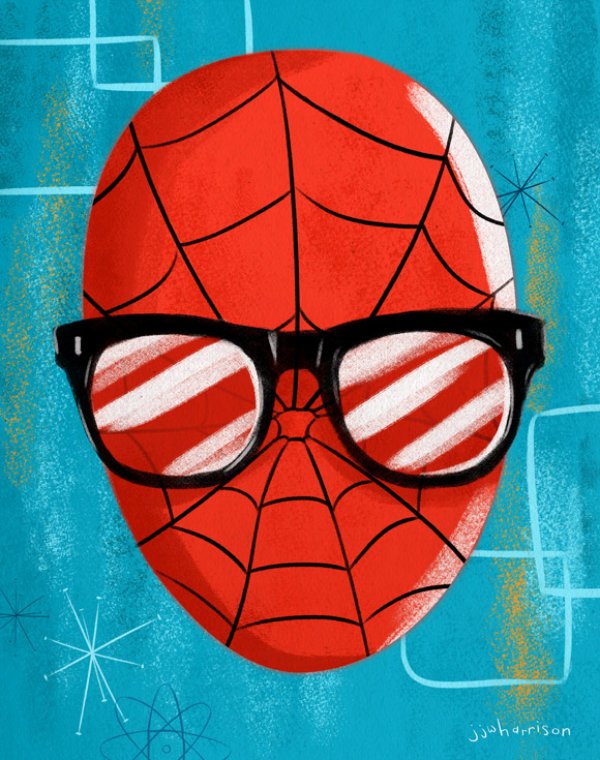 Last but not least, I want to discuss the action this movie had to offer because this IS a Spider-Man movie after all. I know you are sick of me comparing this film to the old ones, but I have to say that the original Spider-Man trilogy featured some of the best action sequences I have ever seen. Almost no movie can compare. That said, the action in THE AMAZING SPIDER-MAN was decently fun and did look cool. I also enjoyed the fact that Spider-Man has a true beast to fight that really packed a punch. I just love super hero movies that beat the crap out of the lead characters and reveal their weaknesses. This version of Spidey definitely got his ass kicked on several occasions and I appreciated that. It really added a lot of mortality to the character that helped me relate to him a bit more. When Spidey swings it looks cool, there are many chases and battles with the police that are visually impressive, and all the battles Spidey has with The Lizard are fun to watch and fast paced. So while the action was a little above average, there really were no real “wow” moments that had me at the edge of my seat. Nothing too memorable. I think a lot of the problem is that movies such as X-MEN: FIRST CLASS and THE AVENGERS have really set the bar extremely high in terms of memorable action sequences. It’s funny because those are both MARVEL movies and you would think that a franchise such as Spider-Man would go all out in the action department. I understand that director Marc Webb was really trying to tap into the love story a bit more here, but come on, this is a Spider-Man movie and my ravenous inner nerd is thirsting for kick ass Spider-Man action above all else. I’d take one more action sequence over a potential teenage cheek smooch any day of the week. Rambling aside, I just think the action could have delivered a bit more considering the subject matter and possibilities.

Listen, I LOVE the original SPIDER-MAN trilogy if that is not painfully obvious to you by now. This reboot does not hold a candle to how awesome the original trilogy is and I even have a newfound appreciation for it as a whole. That said, if you approach THE AMAZING SPIDER-MAN with an open mind, there is some fun to be had. The story is familiar but still fun, the actors do their best under the circumstances, the action is fun but prone to be forgotten, and there are a handful of decently emotional moments.  Just because this reboot happened quick does not simply mean that the whole production is garbage. This is NOT a bad movie by any means. It just was not as fantastic as I had hoped. I would recommend THE AMAZING SPIDER-MAN to “fence sitters” and only warn them to try and not compare it to the originals as much as I did. Spider-Man is back, and I definitely look forward to any sequels that will inevitably follow.