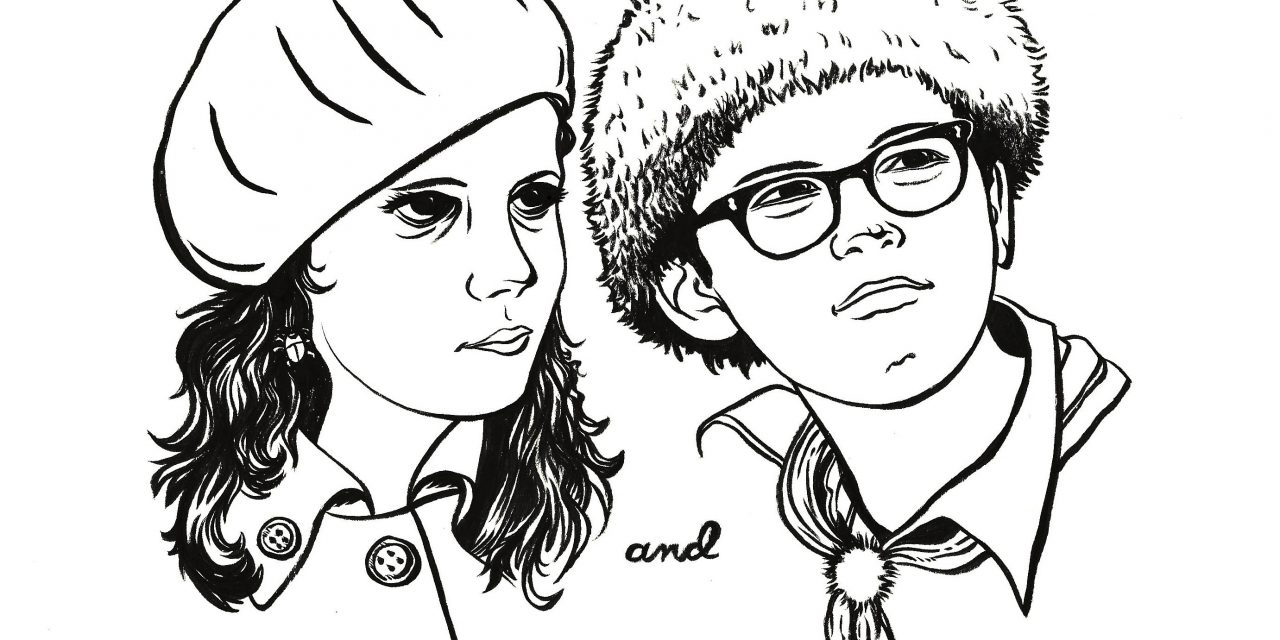 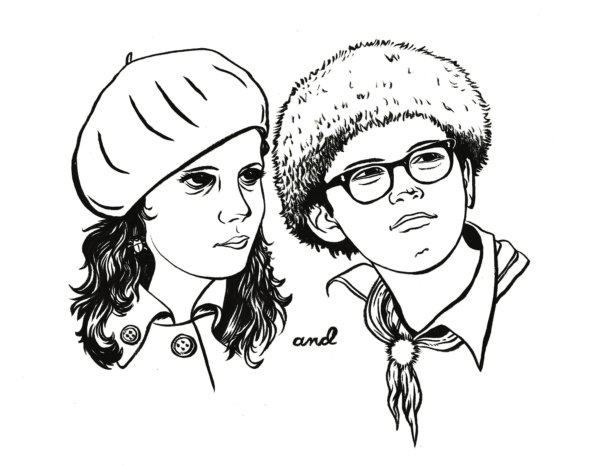 Wes Anderson (RUSHMORE) wants you to be aware that you are watching a “Wes Anderson” movie. Many filmmakers focus clearly on story and themes with the intent of enrapturing the audience to a point where they forget they’re sitting in a dark room full of strangers vulnerable to a surprise attack. With the best Wes Anderson films the audience finds itself similarly captivated although his visual and aural presentation is stylized to a degree that the story’s real life authenticity is always in doubt. Of course, a nonrealistic approach does not mean this is a bad movie. Anderson’s past missteps have been when his attention seemed to be on tinkering the wardrobe, production design, camera movement and overall mise-en-scene instead of focusing on fleshing out characters and their relationships. The latter is what his films tend to explore (usually comprising of depressed, rich white people with generational family issues) within the context of the Wes Anderson “universe.” His characters have their basic hierarchy of needs met and cannot for the life of them muster the confidence to reach for something more. When he is firing on all cylinders (FANTASTIC MR. FOX, THE ROYAL TENENBAUMS), Anderson’s movies are more than an engrossing story. They give the audience cause for introspection on one’s own familial hangups and the implications in their neglect. It is with great relief that MOONRISE KINGDOM walks along this exceptional path. 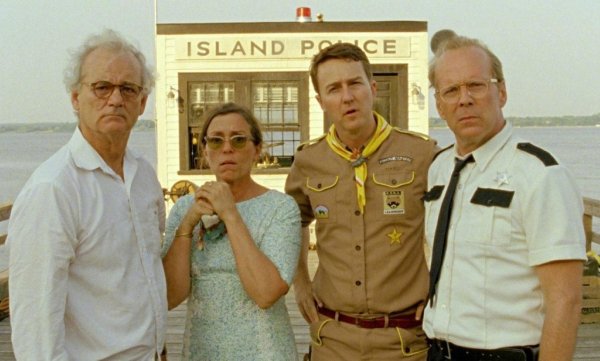 MOONRISE KINGDOM (the writer/director’s seventh feature film) takes place in the fictitious New England island of New Penzance during the summer of 1965. The island is sparsely inhabited with well-off community members (aside from the cogs in the wheel: teachers, police, etc) and boy scouts on summer camp. The film opens with meticulously planned tracking shots of the Bishop household (whose heads are Bill Murray; GROUNDHOG DAY and Frances McDormand; FARGO) informing the audience of the vast physical space of the house but also the chasms between the members in the family as they are shown always to be in separate rooms toiling away at their own hobbies. This, like many Wes Anderson families, is not happy home. The opening scene is portrayed with that Anderson “aesthetic” but within the opening ten minutes it’s clear that the cool, assured presentation is in service of story and theme. MOONRISE is not a series of music video set pieces.

The story continues as we are introduced to Scout Master Ward (played terrifically by a restrained Edward Norton; FIGHT CLUB) working through his early morning routine. The scene is given time to breathe and Ward’s good-natured personality shines through as it is evident that he really cares for his “boys.” Eventually, Ward notices that one of the scouts is missing or rather has escaped or rather as Ward delightfully puts it, he “flew the coop.” This disappearance is the catalyst of the film. Sam (played by newcomer Jared Gilman), the missing boy, has eloped with the eldest and most melancholic Bishop child, Suzy, (played by Kara Hayward, also an acting novice). The New Penzance chief of police (played without a trace of self-conscious by Bruce Willis; THE FIFTH ELEMENT) is brought in to locate the two young lovers. 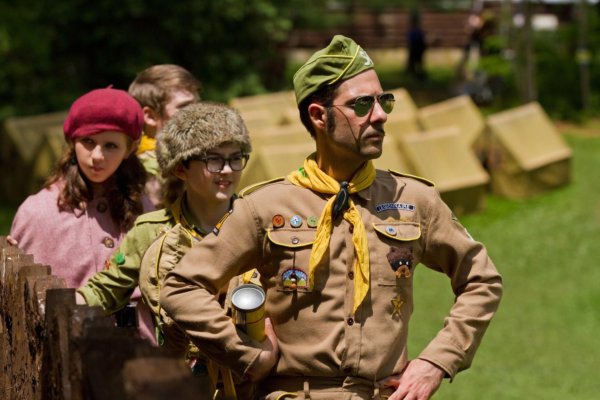 The film is split between touching scenes involving the young soul mates who have eloped and with the manic grownups who are tasked in retrieving them. In their isolation, the young lovers find refuge from social norms and expectations. They can feel normal in their own idiosyncratic way away from the judging eyes of their peers and authority figures. On the other hand, the adults who are in control of the world, and the lives of the children in it, are innocuously  incompetent at best and bitterly neglectful at worst. Infidelity rears its head in MOONRISE KINGDOM and its effects on the adult relationships stand in direct opposition to the wide-eyed hopeful outlook of the preadolescents. Of course, Wes Anderson is too talented a storyteller to paint with such a broad stroke. The film does not suggest that young love is pure while the institution of marriage has transformed into an ugly beast. The Bishop parents, as dysfunctional as they are, have love for their children and do right by them. In contrast, the eloped Suzy acts in service of her passion neglects those around her that need her guidance. A record player (aside from being a groovy item) plays a prominent role in shedding light on her causes and effects.

MOONRISE KINGDOM is equal parts whimsy and quirk as it is cathartic and beautiful. It’s lovely to look at and has quite a few laugh aloud moments but if you search for something a little more in your films then you could do a lot worse than Anderson’s latest feature.