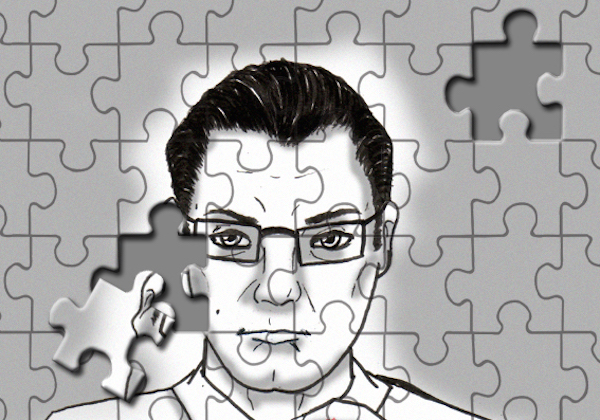 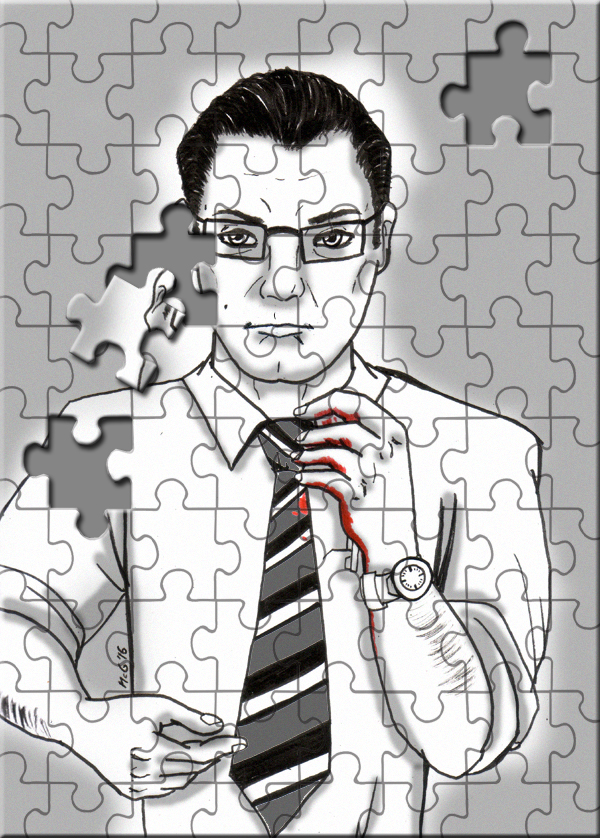 NOTE: Some SPOILERS ahead!

I kinda feel like this is how the propulsion of THE ACCOUNTANT to the big screen all went down: one day, Matt Damon bet longtime buddy Ben Affleck that he couldn’t manage his own version of either GOOD WILL HUNTING, THE TALENTED MR. RIPLEY or the JASON BOURNE series.  Affleck ups the ante by saying not only will he take on all of those properties combined, but he will play the lead role as a protagonist with high-functioning autism.

The plot in a blurb: Affleck plays Christian Wolff, a forensic accountant/mathematical savant, who “cooks the books” for several criminal organizations around the world.  Oh, and he was raised from early childhood with his little brother by his career-military father to be a honed killing machine in order to focus and cope with his special needs.  Basically, he’s Batman on the spectrum.  It’s just business as usual for Christian until he’s hired by the CEO of a robotics/prosthetics company (John Lithgow) to resolve certain financial and budgetary discrepancies.  Before you can say “OMG Lithgow is clearly the villain!”, both Christian and the company’s in-house accountant Dana (Anna Kendrick) are targeted for assassination by a group of contract killers led by the Punisher himself Jon Bernthal.  Add to that agents from the Treasury Department (J.K. Simmons and Cynthia Addai-Robinson) closing in on him with their own investigation and the world quickly becomes an overwhelming place for our beloved accountant.  And, once again, how does he cope with that?  Shooting the shit outta people, of course!

For an action-espionage film, THE ACCOUNTANT is perfectly serviceable.  I dare say its fight scenes and shootouts (while far and few between) are a marked improvement over recent shaky-cam action fare as you can actually tell what is going on in the scene when it comes to combat.  I mean, Christian takes out a knife-wielding mercenary with just his belt and it is kinda glorious.  And I know this is a weird thing to make note of, but I did appreciate how the compulsive nature of his diagnosis plays into the action.  He will tag an enemy with a headshot from his silencer right out of the gate and then quickly come back to do it again because every target must have a double-tap.  It’s grim, gruesome and down-to-earth, but still dynamic enough to hold your attention.

The performances in the movie are solid across the board, as well.  Affleck anchors it all with his role as he gives us a glimpse into what Christian routinely puts himself through to not only be a proficient killer but also get through everyday interactions.  Some may say the character comes off as wooden or robotic, but that is the whole point.  Affleck gives a very subdued performance while only slightly hinting at the rage contained underneath that’s ready to be let loose if the limits of what he can handle are tested.  Add to that his interactions with his supporting players being laced with their own subtle charm as they react to his idiosyncrasies and you have a pretty enjoyable character to share this journey with, all things considered.  I’ll even go out on a limb and say that Christian Wolff is a far more interesting protagonist than Jason Bourne.

Like I said, the supporting cast are very good, too.  While I’m not typically an Anna Kendrick fan per se, I feel her lighter presence was used to good effect here and thankful that she wasn’t relegated to the usual partner in peril/romantic interest, but rather a genuinely nice person in a dire situation who reaches out to establish the first legit friendship Christian has had in a long time.  Jon Bernthal is always a blast in whatever role he’s in, so while he could have played the stereotypical tough guy rival his performance is subtle enough that you do gradually put the pieces together for yourself what’s really at play behind his character as the film reaches its climactic battle.  J.K. Simmons and Cynthia Addai-Robinson play a good investigative duo (and I wouldn’t be surprised if Simmons gave us a “sneak peek” at his Commissioner Gordon for JUSTICE LEAGUE in this role).  Jeffrey Tambour and Jean Smart make the most of their bit parts, having very limited screen time but still ingratiating us to their charisma.  About the only performance I wasn’t vibing to was John Lithgow, not because he does a bad job or anything but because the movie so clearly sets him up as the villainous mastermind that you’re just waiting for the other shoe to drop and to see him go all out for it.  That moment never really comes for him.

Which brings me to the biggest drawback of THE ACCOUNTANT: it’s a perfunctory action-espionage film. Other than the twists on the genre provided by the main character’s condition, everything story-wise is very by-the-numbers and sometimes can get bogged down with exposition.  Big reveals, especially regarding Lithgow and Bernthal’s characters, are telegraphed pretty early on in the proceedings and a good chunk of the beginning of the third act is dedicated to Simmons and Addai-Robinson basically dumping Christian Wolff’s entire “secret origin” on us in a series of flashbacks.  There was one twist involving Christian’s enigmatic handler, a female voice over the phone (sort of the Oracle to his Batman), that I didn’t see coming but that was mainly due to it not being really established or hinted at all in any of the previous scenes and felt more like an afterthought.

When all is said and done, I do feel that THE ACCOUNTANT is worth checking out at some point.  While nothing really new or innovative occurs plot-wise, the action is very well executed and Affleck and the rest of cast elevate the material above average standards.  If this were to become its own franchise of flicks, I feel it wouldn’t be so bad.  It might seem like Christian Wolff is riding on the coattails of the success of a character like Jason Bourne, but at least his circumstances make him more interesting.