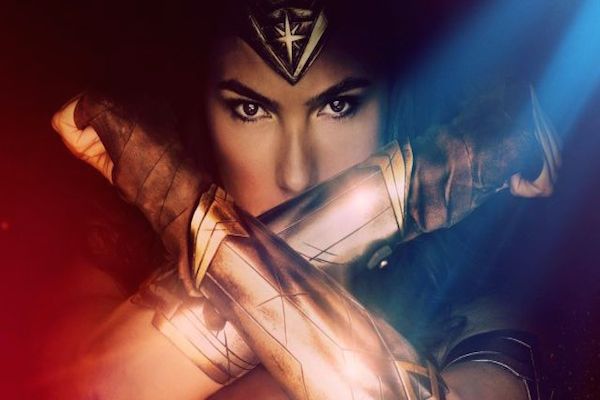 As much as the entries in the recently-established DC Extended Universe have run the gamut of my emotions, ranging from “Meh, okay” (MAN OF STEEL) to “I’m conflicted” (SUICIDE SQUAD) to “Oh, Jesus, I need a drink” (BATMAN V SUPERMAN: DAWN OF JUSTICE), I really want WONDER WOMAN to be a good movie.  It’s high time a powerful female superhero was given her own solo film franchise and if DC can beat Marvel to that punch and have it be successful, then it would make slogging through some of their lesser fare worth it.

Gal Gadot definitely looks the part and was, along with Affleck’s Batman, one of DAWN OF JUSTICE’s highlights for me.  In fact, I remember being kinda peeved that (SPOILERS!) Wonder Woman wasn’t the one to call a truce between Krypton’s Last Son and the Dark Knight.  I’ve always enjoyed the camaraderie and respect that these three heroes in particular have for each other when it’s done right in the comics and other media like JUSTICE LEAGUE UNLIMITED.  Not having her play a more significant role in establishing the high standards of trust and teamwork that DC’s Trinity are known to represent in favor of Supes and Bats bonding over their moms’ names (yes, I’m one of those people who still thinks that was stupid) felt like a big missed opportunity for that film.  Hopefully, that can be rectified with this solo outing and the upcoming JUSTICE LEAGUE.

These DC films and their marketing have taught me to be cautious when it comes to getting hyped about the final product. Gadot looks great and seems to have a pretty commanding screen presence.  Chris Pine looks to be doing a solid job as Steve Trevor. The action looks decent (I’m sure recent BATTLEFIELD 1 fans will dig the setting) and it feels and looks a million times more bright and optimistic than any of the previous films.  But I’ve been wined and dined like this before, DC.  And so far, I have yet to be swept off my feet.

Yet, despite my skepticism, I still hope that this movie is the one that breaks the cycle. We deserve it. Diana deserves it.