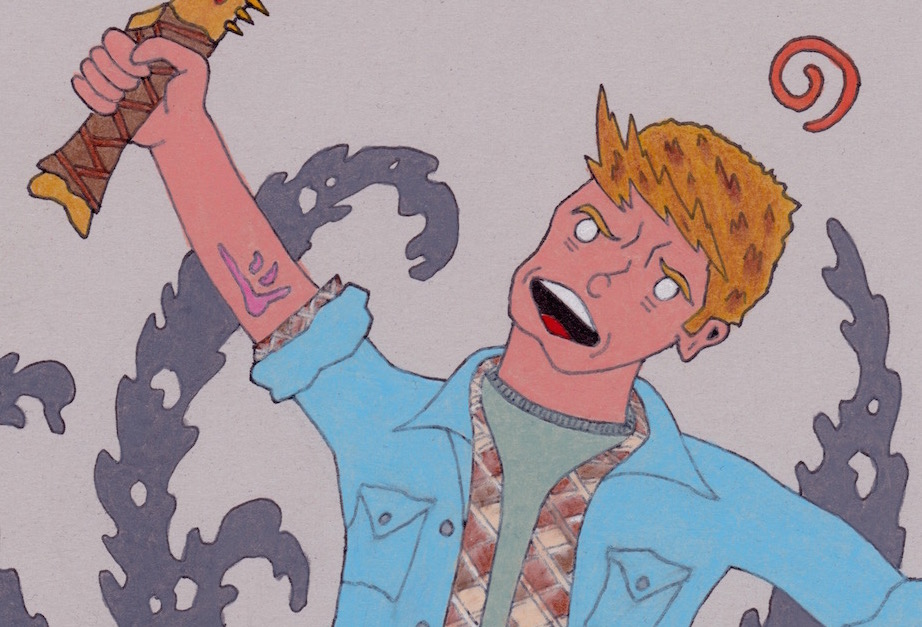 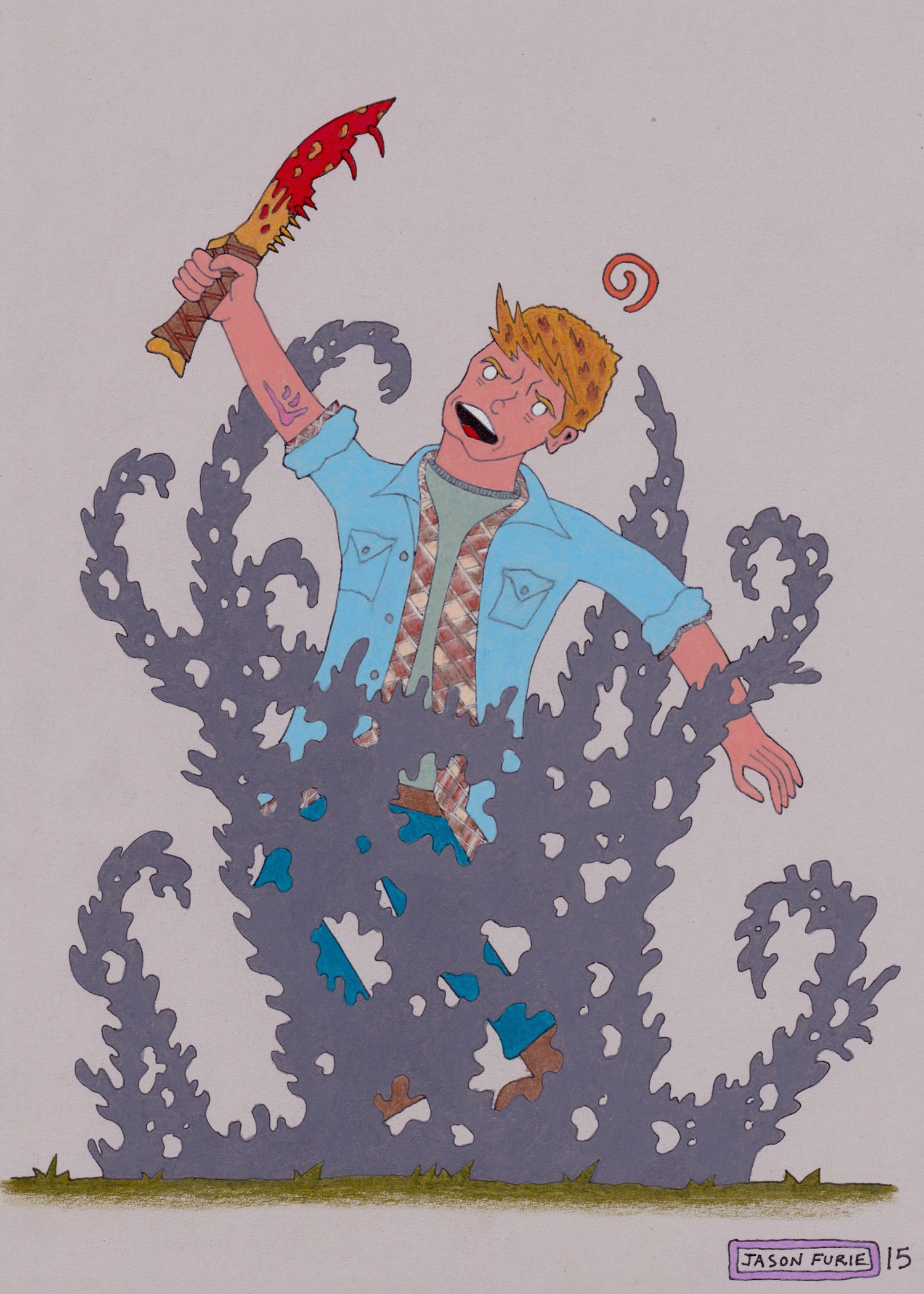 The Road So Far.

A long time ago, way back to the fifth season of SUPERNATURAL, the season finale ended with the Winchester’s finally defeating Lucifer and saving the world from the Apocalypse.  Like… the actual Apocalypse. ‘I remember Revelations 7:12.’  This, of course, came at the cost of Sam’s life as he sacrificed himself so that they could trap Lucifer and the Archangel Michael in Hell. Long time comin’, if you ask me. (Oh! Also their half brother Adam also got sent to hell but no one ever really mentions that fact.) After the loss of his brother, (brothers?) Dean decides to walk away from the ‘family business’ and start a new life with his lady friend, Lisa. Castiel returns to Heaven to clean up all the celestial chaos that had occurred up there over the past few seasons. The war was over. As Dean settled into to his new life without hunting, we get a quick shot of Sam watching over Dean from the street outside. The beauty of this moment was the endless possibilities it represented.  Was Sam now an Angel watching over Dean?  Did Sam somehow escape Hell and decide to walk away from their world as well?  Would Sam kick down the door and tell Dean to hop in the Impala?  It was the perfect open ended resolution.  An ending that many fans consider to be the actual series finale of SUPERNATURAL.

Sticking around after season 5 has proved to be a very difficult challenge for many SUPERNATURAL fans. Watching the brother’s continually fall into devastating situations (that they helped create), over and over again can grow a bit tiresome. One brother would die, the other would risk everything to bring them back and then lie about the consequences of their decision.  Their inability to remember or reference critical situations that occurred more than 10 episodes previous can sometimes be quite infuriating.  They would constantly be presented with an opportunity that could drastically alter the playing field of Good and Evil and then suddenly decide that the price was too high. After another such decision, Season 9 ended with Dean dying and (seemingly) being overtaken by the powers bestowed upon him by the Mark of Cain, which resulted in him going full ‘demon’ (Dean-mon). A lot of people speculated that Dean could be the main villain of Season 10 and the season finale would pit Sam and Dean against one another… Leaving only one survivor. (Okay, this is what I thought would happen.)  I was quite surprised when Dean was cured of his ‘Dean-mon-ness’ in the second episode of the season.  So, what the hell is this season going to be about?  Well, nothing really.  Besides the eventual re-corruption of Dean to The Mark, this season was not-so-much business as usual, with some added ‘we need to find the cure for the Mark’ subplots sprinkled in for flavor.  In fact, the only business they engaged in was non-world ending business (Not to say that this season wasn’t fun to watch, because I thought it had some pretty outstanding episodes.) It wasn’t until the last few minutes of the season, in the final episode, that it was revealed the Mark of Cain is a sort of ‘lock and key’ that is keeping the original ‘Darkness’ that existed before God created the heaven and the Earth at bay.  If the Mark was ever to be destroyed, that Darkness would return and retake everything. EVERYTHINGGGG. Dean summons Death and asks him to kill him.  Death said he could take him someplace where he would no longer be a threat to anyone.  Maybe another planet? Nahhhhhhh. I assume Death meant he could take him someplace between life and death. Of course, the brothers kill death, get the Mark removed and release the Darkness. The season ends with it breaking free and beginning the process of consuming everything, starting with the Winchesters. Wait, I just made a brain connection!  This season was about nothing and the last episode was about the original nothinginess returning to take over the everythingness. Huh.  A lot of other SUPERNATURAL reviewers have declared this ‘purgatory’ of a season, the straw that finally broke the demon’s back.  Me? I seem to be more invested in this show than I have been in a long time and crazy pumped for next season!  Why? Well, let me tell you. 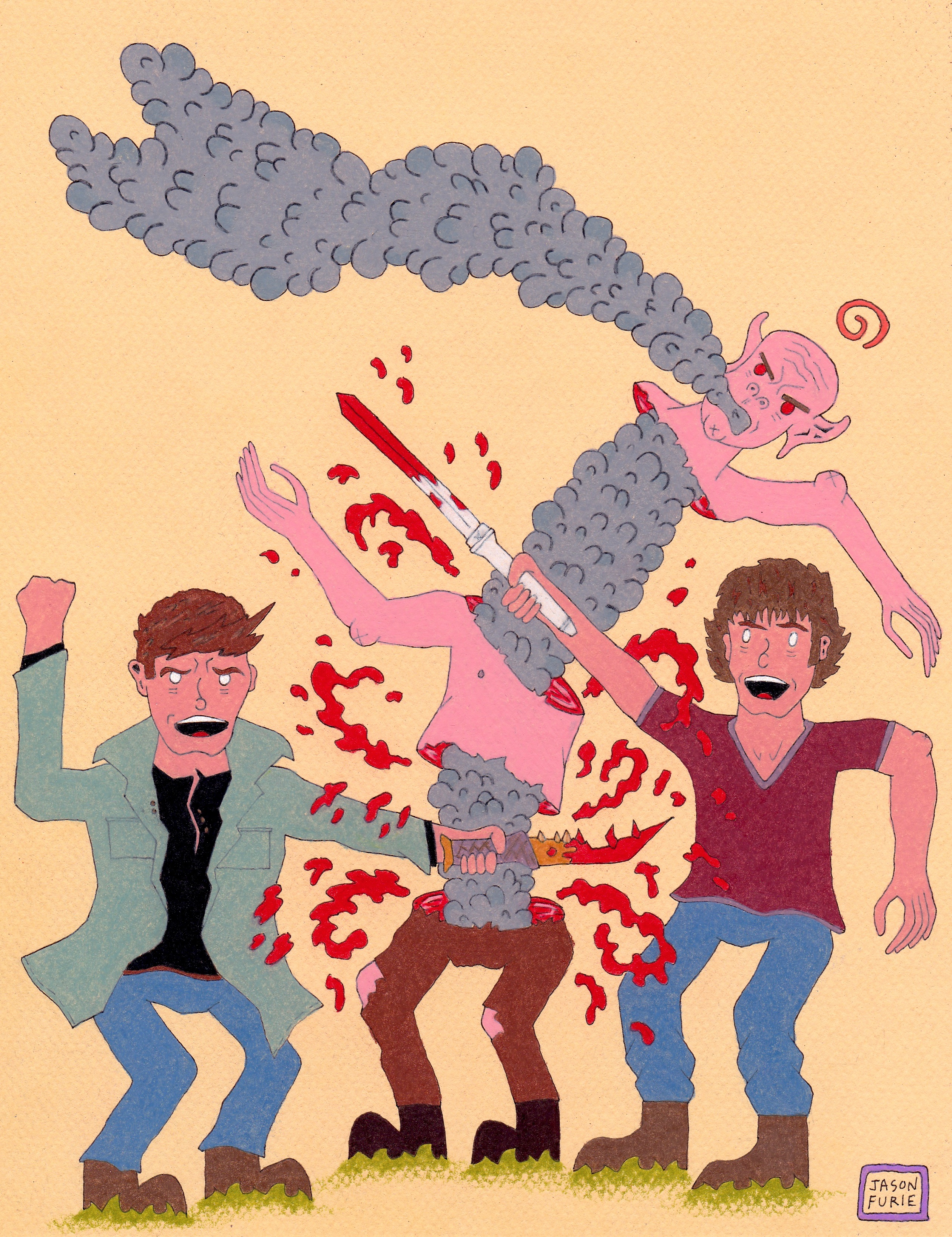 When the angels were revving up doomsday way back in season… uh… 5?  6?.. 4?  The world was ripping apart at the seams and the entire population of Earth somehow turned a blind eye to it.  All the angels fell from heaven and people still woke up and went to work the next day.  The Leviathan poisoned our food supply and turned half of the population into mindless cattle and no one batted an eye.  There’s no way that this darkness is going to go unnoticed.  We’re in season 10 of a show where monsters and ghosts are, literally, everywhere and people are still surprised when they run across one.  There’s no way that the regular citizens of the SUPERNATURAL Universe are going to wake up and continue with their normal lives as an ancient darkness blankets the world.  I want so badly for this to be the end game that fundamentally alters the reality of the world of SUPERNATURAL (When that lightning shot into Dean’s arm and then back out. I squealed).  I can’t help but feel like these are the events that turn this show into something completely different from every other season that has come before it. All the rules can get thrown out the window and the show creators are allowed to bring back and do whatever they want.  An apocalyptic wasteland and the Winchester’s are a couple of ‘Mad Maxes.’  … Am I being too blindly optimistic? Probably. I just hope Castiel didn’t do anything he may regret… You can’t kill Crowley!!

We can all agree that the one thing that has always been missing from SUPERNATURAL is the presence of God.  They (I can’t assume to know God’s gender so I’m just going to go with a gender neutral one. Suck it. ) They (God) saved Castiel’s life a few times.  God even intervened to save the Winchester’s butts a few times. For the most part, God has chosen to be absent and ‘left alone.’ When you look at the Winchester’s track record, all they seem to be doing is cleaning up all the messes God left behind during their reign.  His reign.  Her reign?  The Leviathan.  Lucifer’s eventual grab for Earth.  Doomsday. Rogue angels. The Gates to Hell. Ruthless mythological gods and demigods.  The Land of Oz. Such a wide and broad spectrum of evils and misguided goods. Every biblical black mark on their reality, since the beginning of time, has been systematical wiped out or erased by the Winchesters. Shit, they were even present when all the other known old Gods were taken out. The presence of the first and greatest source of Evil in the world of SUPERNATURAL, can only mean that this is the big fight everyone, including God, has been waiting for.  At least, that’s my hope. So, wipe out everything.  Have season 11 of SUPERNATURAL take a completely new direction and bring Charlie back. And Bobby. And Poppa Winchester.  And Lucifer and … for the love of God, let me know what the hell happened to Adam.