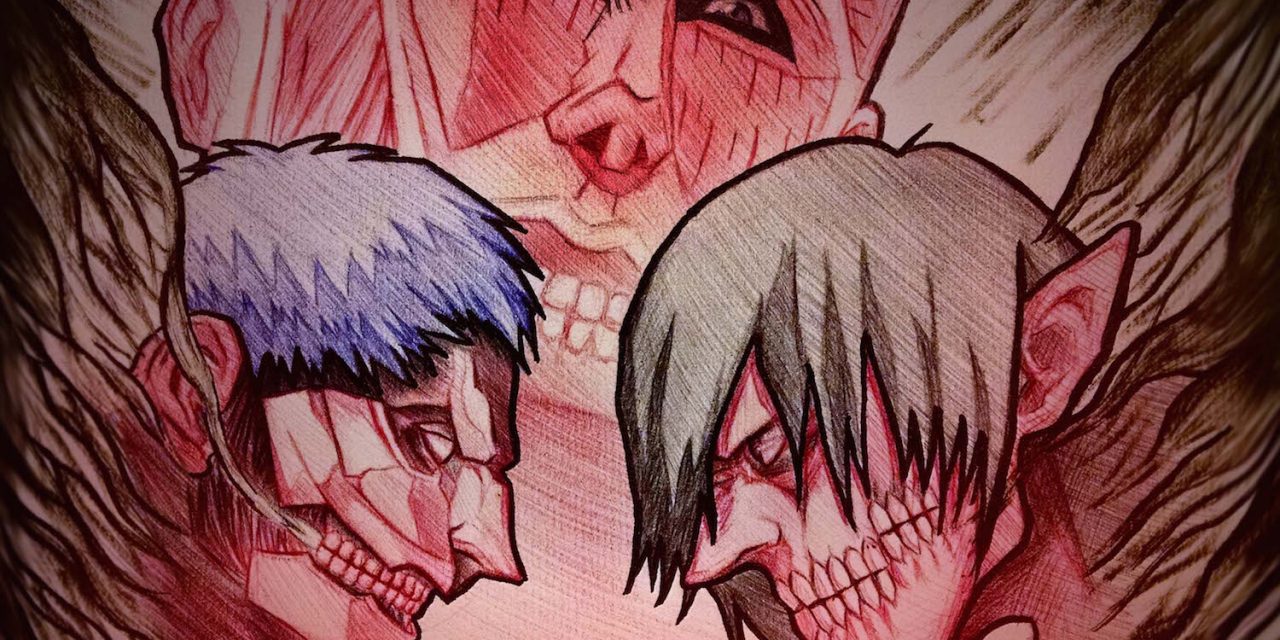 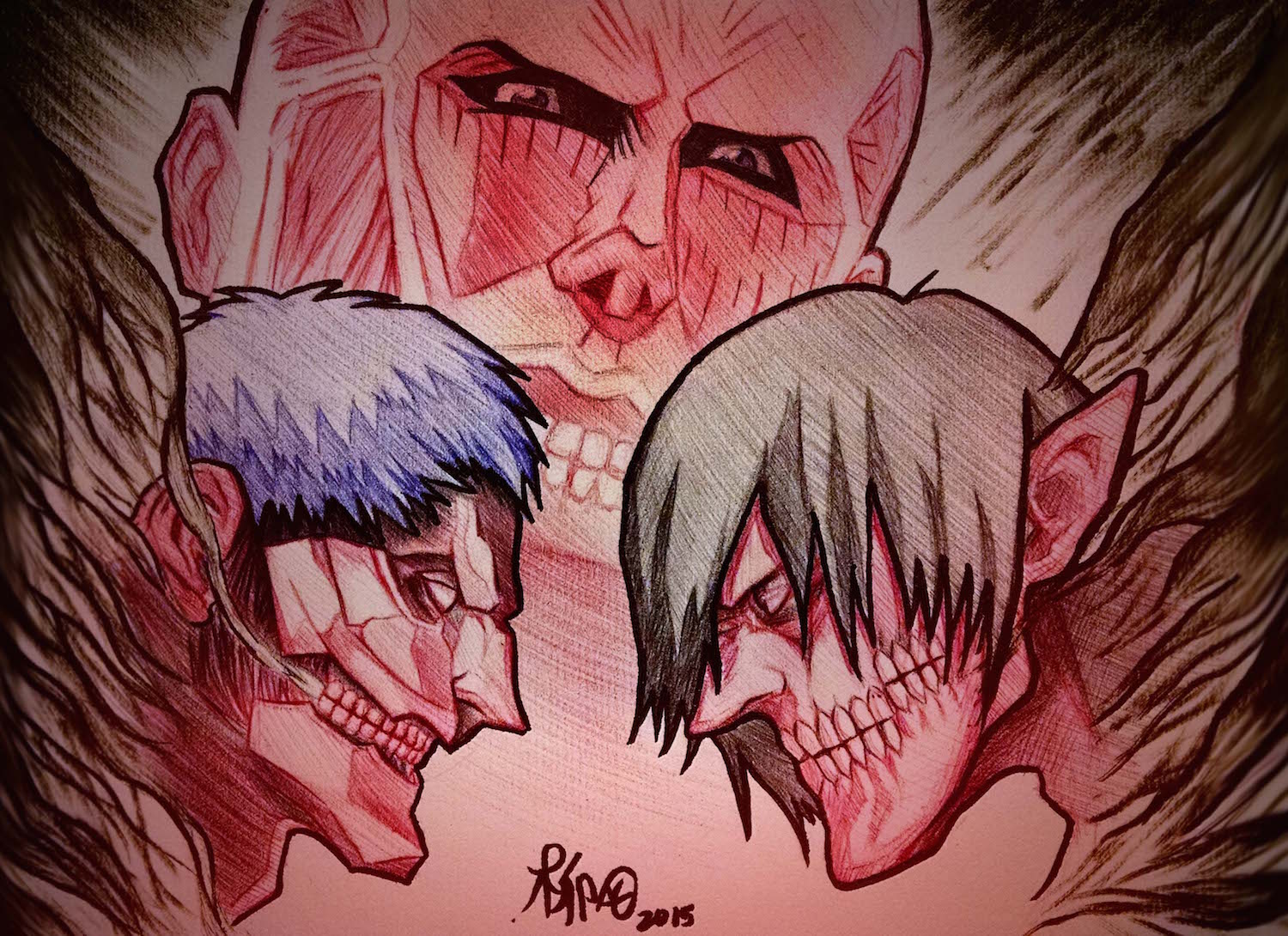 Every decade or so there is an anime released that bridges the gap between hardcore anime viewers and people who don’t typically associate themselves with anime. It is an anime that becomes a breakout hit not just in Japan but in America as well. DRAGON BALL and SAILOR MOON did this in the 90’s. NARUTO and BLEACH did it in the 2000’s. As of 2014, it seems like that decade defining anime is going to be ATTACK ON TITAN. With fantastic visuals, animation quality that puts many shows to shame, and a plot that just begs you to dig in, it’s easy to see why ATTACK ON TITAN has so many people hooked.

ATTACK ON TITAN is the story of Eren Jaeger, a young boy that lives, with the rest of humanity, within three enormous walled areas. The reason the entirety of humanity lives within the confines of these walls is because of the giant, man-eating creatures known as titans. The titans have ravaged the rest of the world, leaving the rest of its population to hide within the walls which keep them safe. When a titan larger than the walls appears and breaks through, uprooting Eren’s life, Eren decides to join the military so he can kill every last titan.

The setup for ATTACK ON TITAN is actually quite complicated (as I just found out trying to write a synopsis) and is handed quite well within the series. Information isn’t dumped on the viewer all at once but rather we learn about the intricacies of this world steadily over the course of the 25 episode season. The characters are all well developed, particularly Mikasa, leading to a cast of characters you can easily find yourself growing attached to; before they get savagely eaten my titans of course.

In ATTACK ON TITAN nearly every character is fair game when it comes to getting killed in some gruesome manner. Sometimes they are minor characters and other times they seem indispensable to the plot. When something bad starts happening though it definitely puts you on edge because it could be your favorite character who is about to get killed.

The art style in ATTACK ON TITAN is superb. If there is one common complaint among readers of the manga it would undoubtedly be that Isayama simply isn’t that great of an artist. The anime’s visual quality fixes any such problems and provides a real visual treat for any animation lover. Backgrounds are incredibly detailed, with skies in particular showing a range of color unseen in any anime I can think of. With the Blu-Ray release you get the improved visuals the animation team put together after the series aired as well so purchasing the series is a good incentive for visual enthusiasts.

Even when the series is having a slow episode (which is only slow when compared to the fast pace of the other episodes) the animation quality always remains high. Whether it is a shot of people getting swatted out of the air by titans or of the military zipping around on their 3D Maneuvering Gear, everything is very clean and interesting to watch. I found the most joy in scenes that seem to be going well, only for things to suddenly take a turn for the worse. It was at these times when the little intricacies in character movements can really be seen.

ATTACK ON TITAN rounds out the show with a soundtrack that is as good as or possibly better than the rest of the parts. Whether it is the hugely popular, epic opening themes or the emotion destroying sounds of Vogel Im Kafig, your ears will be delighted throughout the show. The voice acting in the original Japanese dub is absolutely perfect as well. Each character sounds distinct without getting into caricature levels of voice acting. The English dub is definitely not up to that level however and I simply cannot recommend watching it over the original dub.

All in all, ATTACK ON TITAN is a fantastic new anime that really deserves the spot as one of the big anime of this decade. Some episodes might seem plodding at points but that is to be expected, and required, with the rest of the show being full to the brim with plot advancement. The story is not complete and ends on a cliffhanger though many of the major questions raised during the season are answered satisfactorily. Once this show comes back for a second season in a year or two it will be incredible to see just how far this studio has come and what they will be able to do even better with the incredible material to come.