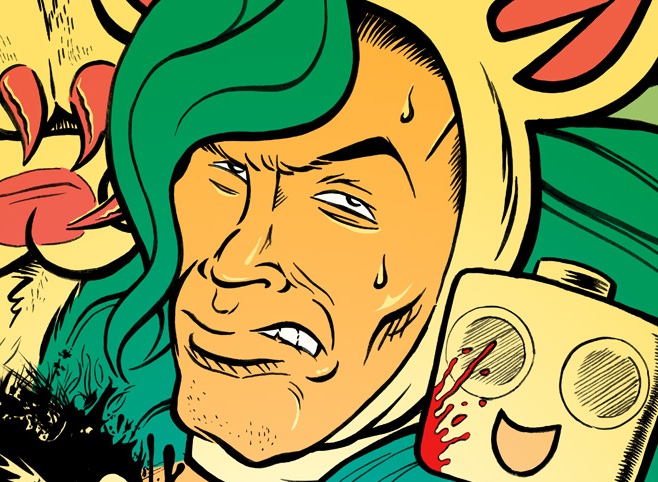 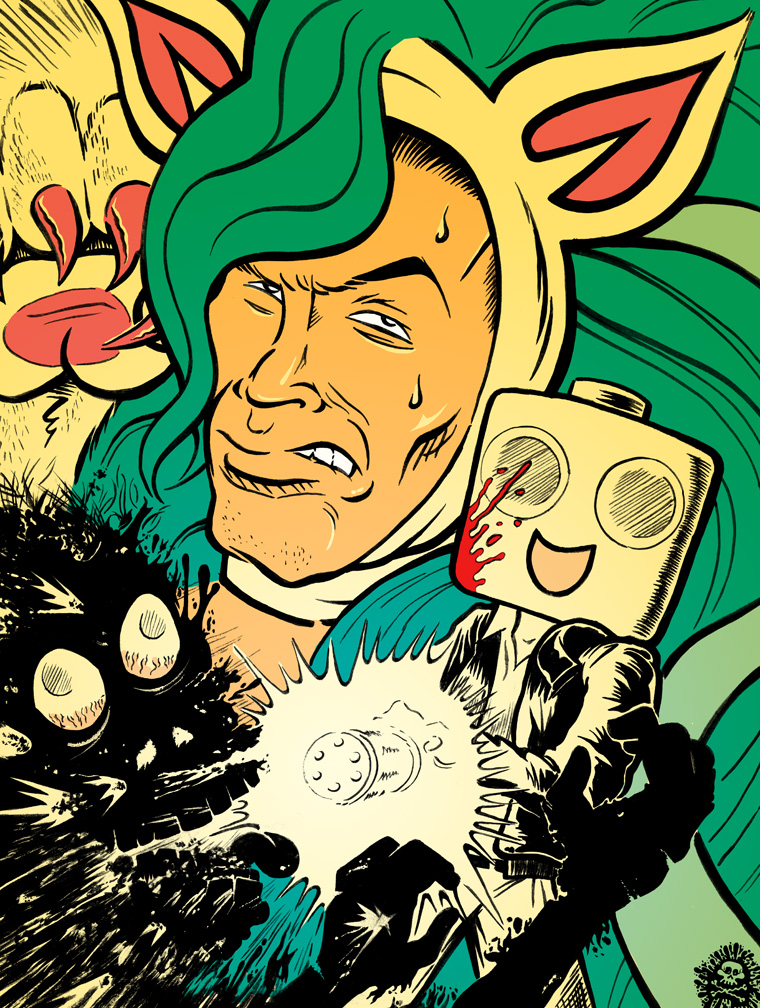 SUPER ULTRA DEAD RISING 3 ARCADE REMIX HYPER EDITION EX PLUS ALPHA is a name which is more than a mouthful, it’s straight ridiculous, and pokes at Capcom’s recent game naming follies – or genius depending on who you are. When this downloadable content for DEAD RISING 3 made its surprising trailer debut at Microsoft’s press conference back in June at E3, it was hard not to laugh due to its pin-point gaming humor and it had me very intrigued.

SUPER DEAD RISING 3, as I will call it, is DLC which is catered to Capcom and DEAD RISING fans, and the gaming/internet community. Filled with past Capcom game references such as the bonus stage in STREET FIGHTER 2 where you destroy a car, and aesthetics that impose an 80’s retro feel into DEAD RISING 3, this DLC is packed full of content and character.

Taking a page out of FRY CRY 3: BLOOD DRAGON’s book, the retro aesthetic and gaming community charged humor compels players to actively explore this game for easter eggs, to see what hilarity will ensue next, coins for unlockables and the best ways to score high on the leaderboards.

With an emphasis on cooperative play, players assume the roles of past and present DEAD RISING’s heroines: Frank, Chuck, Nick and Annie. The gameplay is a simple arcade style beat-em-up that requires the players to beat each of the four districts in Los Perdidos, the city Nick finds himself trapped in through the narrative of DEAD RISING 3. Each of the four districts have five stages, which includes a bonus round, and requires players to tackle challenges to complete each stage while being timed – keeping true to the arcade feel.

While the overall gameplay sounds about par, the true fun of SUPER DEAD RISING 3 comes from its aesthetics and unlockables which provide ample fan service. Capcom really didn’t do anything special for its 30th anniversary which was disappointing given the company’s extensive library of great games. As SUPER DEAD RISING 3’s trailer points out, their doing something by way of this DLC for its 31st anniversary. Each of the four heroines have their own set of cosplay which they can don from the Capcom universe. Nick can wear a Ryu outfit, Annie can don a Chun-Li outfit, each character has four different cosplay outfits to unlock which adds to this games replayability. Once completing all four districts I found myself traveling back to different districts to preform each requirement to unlock each character’s collection of cosplay options.

While players can play this game alone, this DLC is best enjoyed in a party, with the maximum party size being four. Players that venture through the game alone may find some parts difficult, but nothing is too overbearing that it cannot be accomplished alone.