EVIL DEAD is Coming to TV with Bruce Campbell! 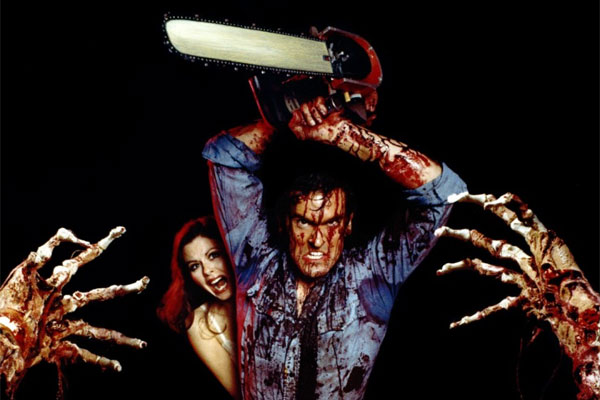 Chainsaw fanatics and “boomstick” enthusiasts rejoice!  During this year’s San Diego Comic Con, writer/director Sam Raimi (the original SPIDER-MAN trilogy, OZ: THE GREAT AND POWERFUL) revealed that he is in the process of adapting his beloved horror-comedy cult classic THE EVIL DEAD into a television series!  He is writing the series with help from his brother Ivan and the franchise’s original star Bruce Campbell (BURN NOTICE).

But even more news broke following the Con when Campbell responded to fans on Twitter, saying that the plan is for him to reprise his iconic role as heroic bad-ass Ash.  You may recall that good ol’ Bruce and his legendary chin did have a brief cameo at the end of the 2013 remake where he uttered his famous line (“Groovy”).  Ultimately, it came off as just an Easter Egg for hardcore DEAD fans with no bearing on the events of the film that preceded it, but could this have actually been a subtle lead-in for an ongoing series starring the character?

We’ll find out more as time goes on with the project, but it looks as if we are going to have more bloody goodness and zany horror antics coming to our TV screens soon, my fellow Deadites!