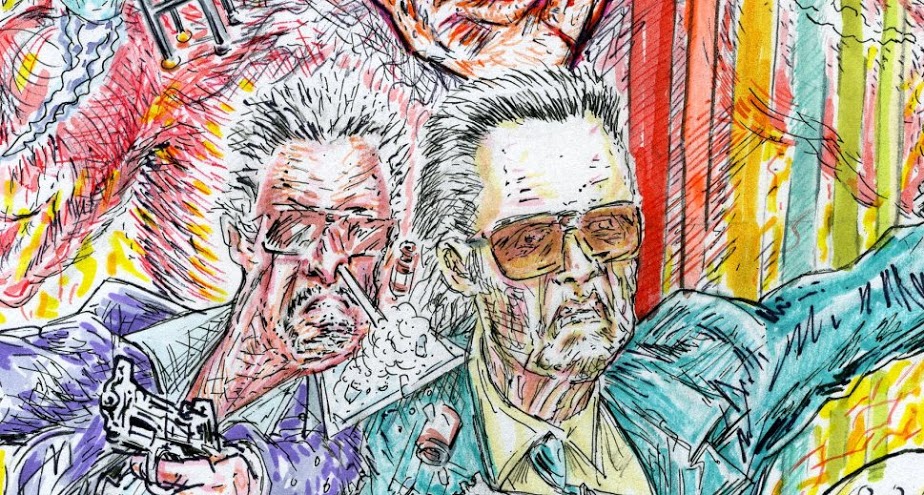 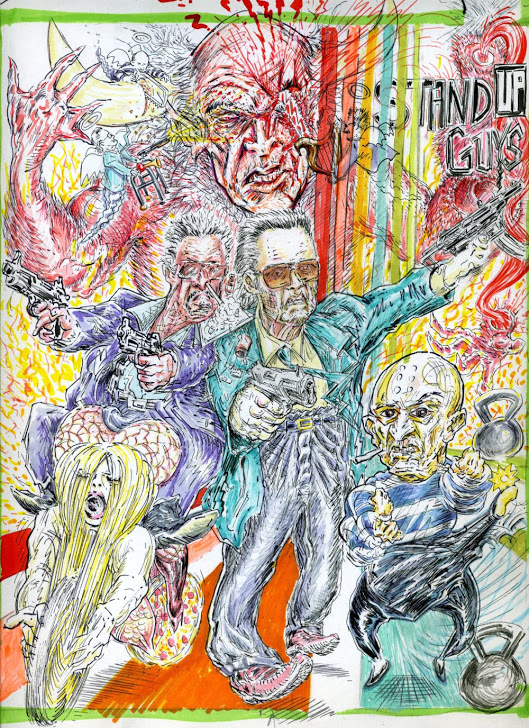 Al Pacino (RIGHTOUS KILL), Christopher Walken (SEVEN PSYCHOPATHS), and Alan Arkin (ARGO) team up for a comedic romp in STAND UP GUYS. The movie focuses on Valentine, a wise guy who is getting out of prison after 28 years, and Doc, his best friend who has orders to kill him by the next morning. As Val embarks on a blow out night of partying and trying to recapture the glory days, the more reserved Doc finds himself more and more conflicted over his assignment. When they spring Hirsch, their old friend and get away driver, out of an old folks home, things really start to heat up as the three of them get up to some of their old tricks.

While Fisher Stevens (SHORT CIRCUIT) is most well known for his acting, he takes a stint behind the camera for STAND UP GUYS. The movie has good production values, while being rather ordinary as far as directing goes. There are a few interesting stylistic moments, but none that really floored me. What Stevens does do a fantastic job with, however, is making sure the movie always feels right. STAND UP GUYS may be a comedy, but it is a comedy that focuses on men who have passed their prime, and as such it has a fine line to walk between the believable and the absurd. While the movie is full of crazy shenanigans, very rarely did they ever skirt the line of believability, and even when it did, the movie quickly brought the tone back down to a more realistic level. While the movies production was certainly competent, the writing was fantastic.

One of the key things that made STAND UP GUYS enjoyable was the terrific script. The movie was written by Noah Haidle, a new comer to full length features with a couple of writing credits for shorts under his belt; whatever his background, it’s clear he knows what he is doing. What I loved most about the writing was the great crafting of situational comedy. Too often comedies rely on making the audience feel uncomfortable for the characters or over the top raunchiness to get laughs, which makes a movie that heavily uses situational comedy refreshing. The agedness of the characters combined with their background as career criminals lends itself to a wide variety of amusing exploits and encounters. It is quite difficult to discuss writing without spoiling the movie, which I especially refuse to do here with it being one of its highlights, so I am going to move on to discussing the cast the makes the writing so memorable. 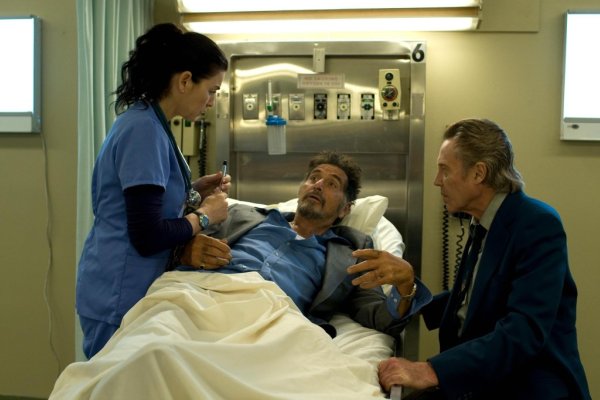 A script is nothing without actors to bring it to life, and in the case of STAND UP GUYS there is a phenomenal group of actors breathing life into the words. Al Pacino stars as Val, and he is great as the charming convict out for a last hurrah. Pacino has a long career behind him and has many iconic characters in his wheelhouse, but I think this is the most humanizing character I have ever seen him play; you really forget you are watching Pacino as Val shines so brightly. I have long been of fan of Christopher Walken (ever since I saw him in BATMAN RETURNS when I was ten) and Doc is a character that is perfect for him. Walken’s acting is often very understated, which works perfectly for a man who has resigned himself to his fate like Doc has. Walken’s Doc is the perfect straight man to Pacins’s Val; the great way they play off each other really elevates the movie and is by far it’s biggest strength. Alan Arkin steps into the role of Hirsch and he does a nice job with it. Arkin brings Hirsch’s steely nerves and subtle depth to bubbling life, and is often a scene stealer. While these three gentleman headline the movie, it also boasts a talented supporting cast. The ever wonderful Julianna Margulies (TV’s THE GOOD WIFE) plays Nina Hirsch, Hirsch’s daughter. Addison Timlin (TV’s CALIFORNICATION) is a warm ball of sunshine as the always smiling waitress Alex. Lucy Punch (TV’s BEN AND KATE) nails her performance as Wendy, the friendly Madam of a local cat house. The great character actor Mark Margolis (TV’s BREAKING BAD) plays Claphands, the aging mob boss who has ordered the hit on Val. The Fiery Vanessa Ferlito (DEATH PROOF) is a blast as Sylvia, an abused woman who the boys help out. And, ironically, comedian Bill Burr (DATE NIGHT) plays the serious role of mob enforcer Larry. This fantastic group of actors all do a terrific job and I don’t think the film would have been nearly as enjoyable without them. 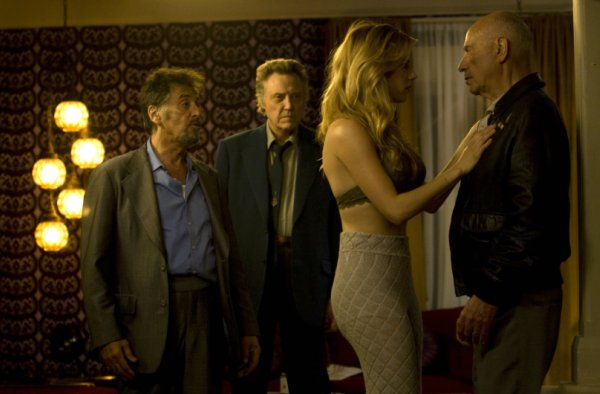 Unfortunately there is a small negative to STAND UP GUYS. While the movie is very well written and a lot of fun, the ending is rather predictable. Again, I won’t spoil anything, but as I was watching the movie there was an ending I expected, and not only was the expected ending delivered, it was done in a rather unsatisfying way. Now, in my opinion, all the positives of this movie far outweigh the negatives, but as the biggest negative is the last thing you are left with it I can see it having a bigger impact on some people.

STAND UP GUYS is a ridiculously fun movie. It is well made, although not as impressively flashy as one might expect, with fantastic writing that was far more humorous than I was expecting. It also boast some of Hollywood’s most famous actors as well as a slew of great supporting actors, all of whom help make the movie delightful. If you are a fan of any of the actors in this movie, or are just looking for a really fun movie to go see with some friends or on a date, then you really should give STAND UP GUYS a chance; I was pleasantly surprised and think you will be too.