Marvel Finally Casts Star-Lord in GUARDIANS OF THE GALAXY 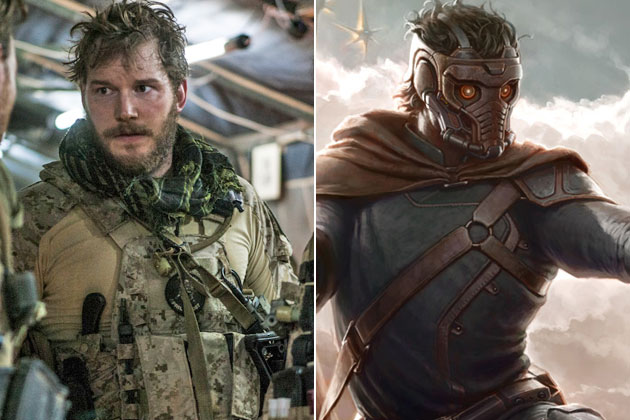 Believe it or not, the GUARDIANS OF THE GALAXY have roots in Marvel history that date all the way back to 1969. It consisted of a team of rag-tag super heroes in space and took place in one of Marvel’s first “alternate time-line” stories. Characters from that series showed up from time to time since then in various forms and then kind of fizzled out of view until a re-release and re-imagining of the title popped up in 2008. While the 2008 series GUARDIANS OF THE GALAXY shared the same name, the entire team of super heroes was re-cast and featured the now-popular Star-Lord, Drax The Destroyer, Gamora, Groot, and fan favorite Rocket Raccoon among others. The series was met with moderate success and is setting up for yet another #1 re-release (with the same cast as the 2008 series) in March 2013 with Brian Michael Bendis (ALL-NEW X-MEN) attached as writer.

Since Marvel announced that GUARDIANS OF THE GALAXY was going to be their next big project (and based off the 2008 cast), nerds across the globe have wondered who would portray the leading man Peter Quill, A.K.A. Star-Lord. Everyone from Jeremy Renner (THE AVENGERS) to Joseph Gordon-Levitt (THE DARK KNIGHT RISES) have been rumored and it looks like Marvel has made a smart move and gone with a “relative” unknown in the form of Chris Pratt who audiences may know best from television’s PARKS AND RECREATION and the more recent ZERO DARK THIRTY. He looks the part, and definitely seems like an inspired choice. Here is a brief synopsis for the character Peter Quill in case you are out of the loop:

“Better known as Star-Lord, Quill is the son of a human mother and alien father. A charming troublemaker who serves as an interplanetary policeman, Quill leads a rag-tag group of superheroes (Drax the Destroyer, a raccoon named Rocket and a sword-wielding woman named Gamora) in an effort to protect the solar system from an evil alien race.”

Little is still known about the film itself other than it being based off the 2008 series. Below is a short and simple synopsis provided by Marvel that gives us a little bit of perspective on what this movie will be all about:

“A U.S. pilot who ends up in space in the middle of a universal conflict and goes on the run with futuristic ex-cons who have something everyone wants.”

In the comic universe, the GUARDIANS OF THE GALAXY have a few tussles with Thanos during their many adventures. Seeing how Thanos has already been teased in THE AVENGERS last summer, it is likely that the story will revolve around that conflict. As casting for the film continues, more specific details are likely to emerge.

I vote for Joe Pesci as Rocket Raccoon!!

Marvel’s GUARDIANS OF THE GALAXY will launch into theaters August 1st 2014.

In the San Francisco area looking for your next GUARDIANS OF THE GALAXY comic book fix? If so, Check out MISSION: COMICS & ART. They’ve got you covered!