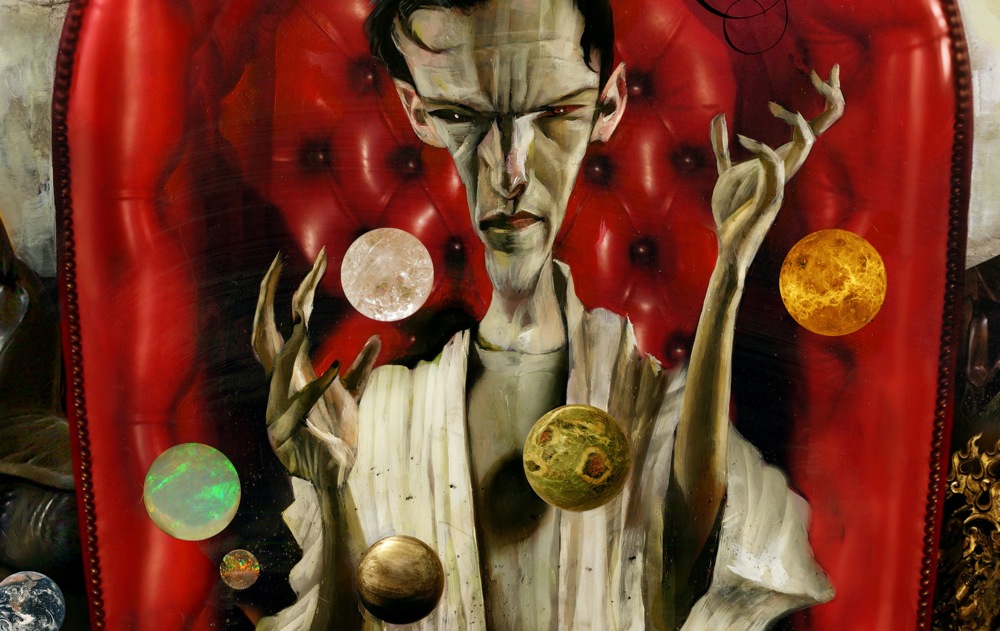 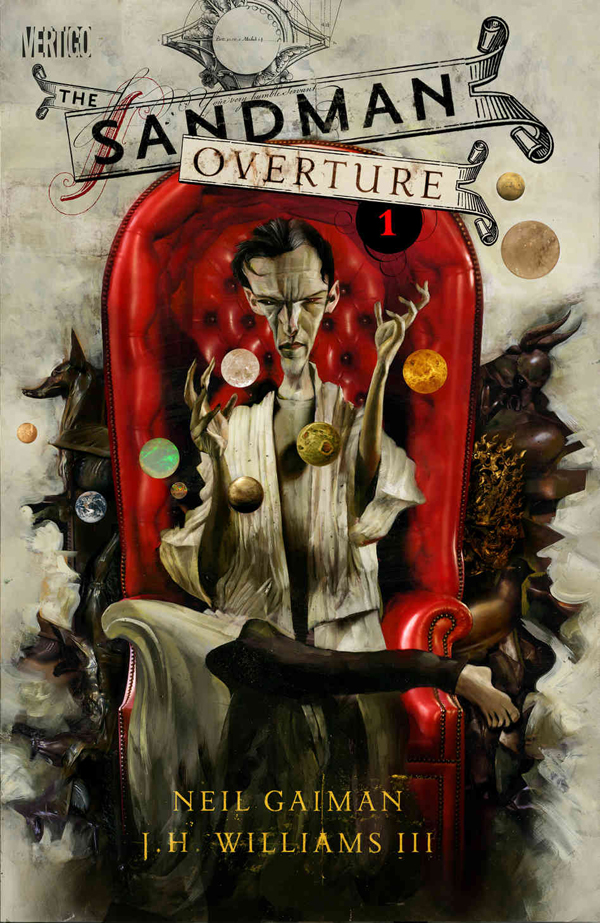 I first discovered SANDMAN when I was a sophomore in college and I instantly became a ravenous fan of the series. I worked my way through all the issues and pounced on any periphery material I could find and just when I thought I had consumed all that there was to consume, ENDLESS NIGHTS was released and I was treated to some new stories about Dream and his family. Nearly a decade has passed, and while there have been some Sandman treats since then, the most anticipated morsel has certainly been SANDMAN OVERTURE as it is the first new Sandman comic written by Neil Gaiman to grace the shelves in that long count of years.

Sandman creator Neil Gaiman teams with artist J.H. Williams III, famed for his work on Alan Moore’s PROMETHEA, to finally tell a story only eluded to in the original Sandman series: the battle that exhausted Morpheus before the events of Sandman number 1. I can not overstate my excitement when this series was first announce and, after reading the first issue, I believe it was well justified. The issue grabs your right from the start, then slows down and treats you to some favorite lesser characters before taking the plunge into the actual story line.

While the plot is fairly straight forward, its anything but simple for long time fans of the series. An incarnation of Dream of the Endless dies painfully on a distant planet while investigating a disturbance in the dreaming. This unexpected death gets Dream’s older sister Death, worrying about him and she consults with their brother, Destiny, as to what to do about it. Meanwhile, Morpheus, AKA Dream of the Endless for those who are new to the material, has a meeting with the nightmare Corinthian with intentions to destroy him, when he feels an irresistible summons. Morpheus returns to the dreaming to dress for war, and is forcibly dragged away to some distant planet for a gathering of aspects of himself.

If that ending sounds puzzling, it should, because Morpheus seems just as perplexed as the reader, however, this is actually a fantastic story hook as it gives long time fans something completely new and unexpected to dwell on and look forward to. This opening story is great, as it eases the fans back into the world of Sandman by bringing out many long time fan favorites before jumping in to the new, but does so in a way that feels natural rather than self indulgent. The art is simply amazing. While Williams never worked on the original Sandman series, he brings a unique style that is right in line with the stylistic artists Gaiman has partnered with over the years, making him a welcome addition to the Sandman family. Williams’ art is subtle and seductive, using brilliant shading and detailing to perfectly evoke the story’s emotional tone in every panel. With how beautiful this art is, I’m prepared to be a little forgiving of book delays as long as the art continues at this high standard.

SANDMAND OVERTURE has set the bar high in it’s first issue and I’ll certainly be sticking around for the whole series. I hope new readers will do the same, but I could understand how this issue may not be the easiest jumping on point, so if this is your first tango with Sandman and it didn’t do much for you, you should check out a trade before making a judgment call on the whole series. For the long time fans, this is the kind of Sandman story we’ve been hoping for for the last decade, and I can’t wait to continue on this indulgent ride.