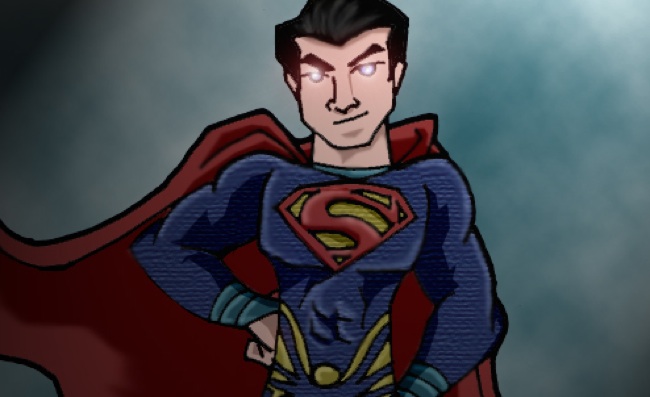 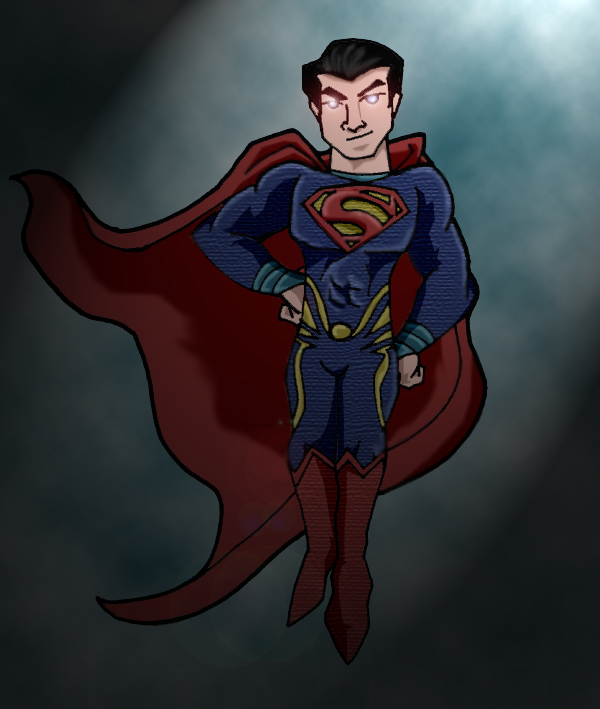 For those of you eagerly awaiting a live-action version of DC Comic’s premier team of superheroes, you may have to wait a bit longer.  With the recent announcement of the MAN OF STEEL sequel (tentatively titled BATMAN VS. SUPERMAN) being pushed back to a 2016 release, it’s safe to assume that a big-screen adventure featuring the Justice League is still a long ways away.  Thankfully, Warner Bros. Animation has cornered the market on direct-to-DVD releases and given us as close as we’re going to get (at least for now) to a JL origin movie in JUSTICE LEAGUE: WAR.

The film is based off of the first story arc of 2011’s relaunched JUSTICE LEAGUE title (as part of DC’s “New 52” line), written by Geoff Johns with art from Jim Lee.  It chronicles the first gathering of the legendary heroes as they are forced to team-up against the invading hordes of the tyrannical god/ruler of the planet Apokolips called Darkseid.  So basically, it’s like the last third of THE AVENGERS…or like the Pilot episode of the JUSTICE LEAGUE animated series…or like any other typical “alien invasion” story in comic books.  You gotta love the classics.  Of course, our heroes do not initially get along and learn to trust each other, but it makes sense given the context and timeline of the story.  Some heroes like Superman, Green Lantern and the Flash have been operating for a while, but are generally not trusted by the public.  Batman is still viewed as either an outlaw or urban myth, adolescent Billy Batson keeps his dual identity of the magical Shazam under wraps and Wonder Woman is a relative newcomer to the outside world and demonstrates a naivety towards the laws and ways of modern society.  The only hero who we follow on a complete story arc is Victor Stone a.k.a. Cyborg, but that’s mainly due to his origin story being tied-in directly with the events of the film.

But despite the general plot being fairly familiar and typical of the genre, WAR still proves to be a pretty entertaining installment in DC Entertainment’s animation library.  The design work is very sleek and reminiscent of Lee’s artwork while the action sequences are very fluid and have the right amount of “pop” to them.  And if you thought the violence and collateral damage of MAN OF STEEL was a spectacle, prepare for some truly chaotic and gruesome imagery in this outing ranging from limbs getting hacked off and gouged-out eyeballs to entire city blocks crumbling to the ground.  Thankfully, there never seem to be many big crowds of innocent bystanders around in cartoons, so the wanton destruction isn’t as unsettling.

World-invading and super-powered fisticuffs aside, there is also quite a bit to like in WAR from a character standpoint.  Of course I’ll enjoy the Batman bits (he is my favorite character, after all), but I especially like his ability to be a complete straight man to the overblown antics of his compatriots, especially Green Lantern with whom he is often paired-up with throughout the film.  Speaking of the Emerald Knight, he may exhibit a bit too much smugness and self-confidence, but he also provides quite a few moments of levity in the story to break up huge amounts of violence and tension.  It’s almost like a “buddy cop” film when Lantern investigates with Batman and he offers a quick off-color comment or insult.  He even calls Bats a “douchebag” to his face despite getting constantly schooled at every turn by the Caped Crusader which is quite humorous.  Cyborg gets the lion’s share of development as he is painfully turned into a walking weapon and his scenes with his father pre-transformation carry a fair amount of the film’s emotional weight.

Other characterizations didn’t quite work for me, but honestly they were things I had issues with in the initial comic book run anyways.  Billy Batson as a somewhat troubled foster kid is an interesting concept, but when that personality translates into his adult identity of Shazam it can get a little grating.  Wonder Woman, while enjoyable enough in the second half of the film, initially comes off as overly hostile and completely aloof for no discernible reason.  I understand that some of it might be her “outsider perspective,” but she’s clearly been in our world long enough to garner a government liaison in Col. Steve Trevor so scenes of her acting somewhat entitled and ditzy (especially over ice cream…yes, ice cream) don’t play as genuine.  I will admit that I liked the mutual “love at first sight” angle that was included in her first encounter with Superman, not necessarily because I think pairing those two up is a good idea, but at least it provides a relatively believable foundation for their attraction (unlike in the actual comic where the relationship just kinda popped up out of nowhere without any lead-up). Hey, speaking of Superman…um…he was in this movie.  So was the Flash…yeah, that’s all I got on those two.

I did thoroughly enjoy the voice cast assembled for WAR.  Alan Tudyk (FROZEN) played a decent and stalwart Superman, I just wish the character had more to do other than yell, grunt or exposit.  Jason O’Mara (TERRA NOVA) gave a great gravelly rendition of Batman, and these kudos are coming from a devout Kevin Conroy (BATMAN: THE ANIMATED SERIES) fan.  Michelle Monaghan (TRUE DETECTIVE) conveyed a commanding presence as Wonder Woman.  Justin Kirk (WEEDS) was actually very amusing as bolstering smart-ass Green Lantern.  Shemar Moore (CRIMINAL MINDS) played everyman Victor Stone/Cyborg with the right amount of vulnerability.  Sean Astin (TEENAGE MUTANT NINJA TURTLES) was fine as the voice of Shazam, the character’s personality just got on my nerves.  Christopher Gorham (COVERT AFFAIRS) turned in a serviceable performance as the Flash, but like Supes, I felt he was underutilized.  Voice actor Steve Blum (Spike Spiegel from COWBOY BEBOP) would have been a great choice for Darkseid had they not needlessly altered his performance with voice modulation.  The dude’s a pro, people!  He could have delivered all on his own.  And former JUSTICE LEAGUE UNLIMITED Superman voice George Newbern makes the most of a supporting role as Steve Trevor.

Despite my concerns with a few characterizations and plot points here and there, I really did enjoy JUSTICE LEAGUE: WAR. As an adaptation, it follows the original story arc closely, albeit replacing Aquaman with Shazam (at first I found this peculiar, but stick around for a post-credits scene and you’ll get what they may try and do down the line with that change-up in the roster).  It delivers on its basics with regards to otherworldly threats, superhero action/teamwork and some lighter moments of humor.  But it may also serve somewhat as a template for Warner Bros. to see how to integrate their live-action counterparts into one big-budget production.  We may be quite a ways away from a JUSTICE LEAGUE feature film, but for right now, JUSTICE LEAGUE: WAR is a fun-enough placeholder.

JUSTICE LEAGUE: WAR is currently available for purchase on iTunes and is now available on BluRay/DVD!

For all of you DC fans, check out McGTV‘s latest episode of “Let Me Get This Straight” as it tackles the news surrounding BATMAN VS. SUPERMAN!  CAUTION- may contain explicit language: