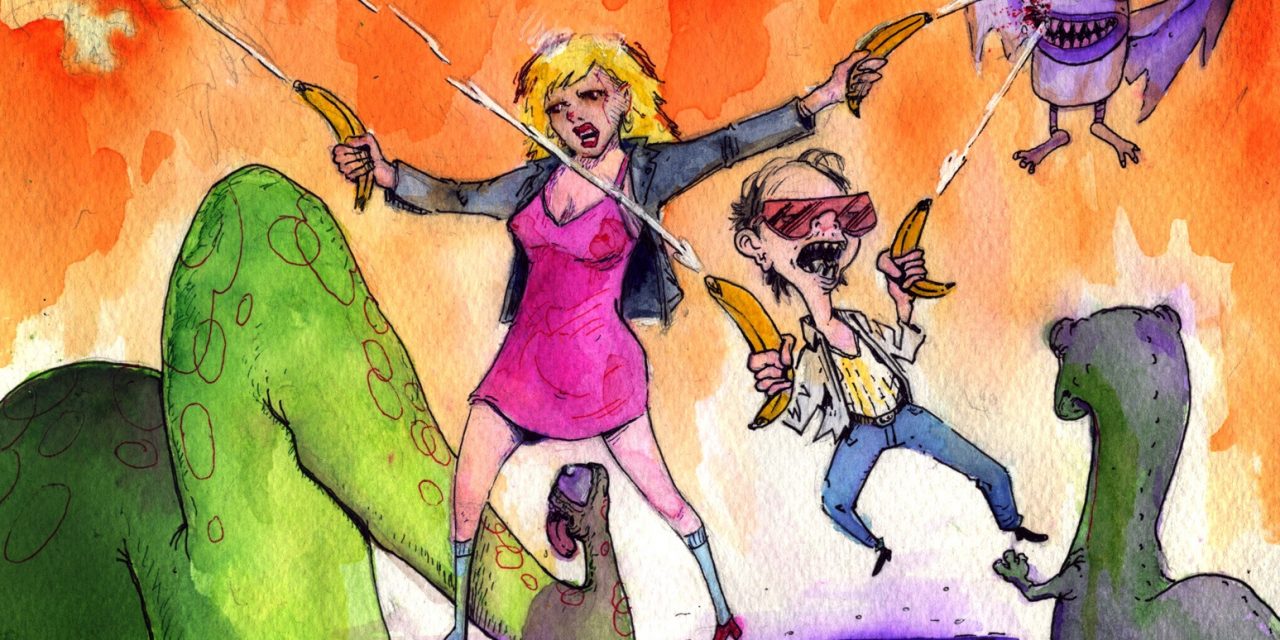 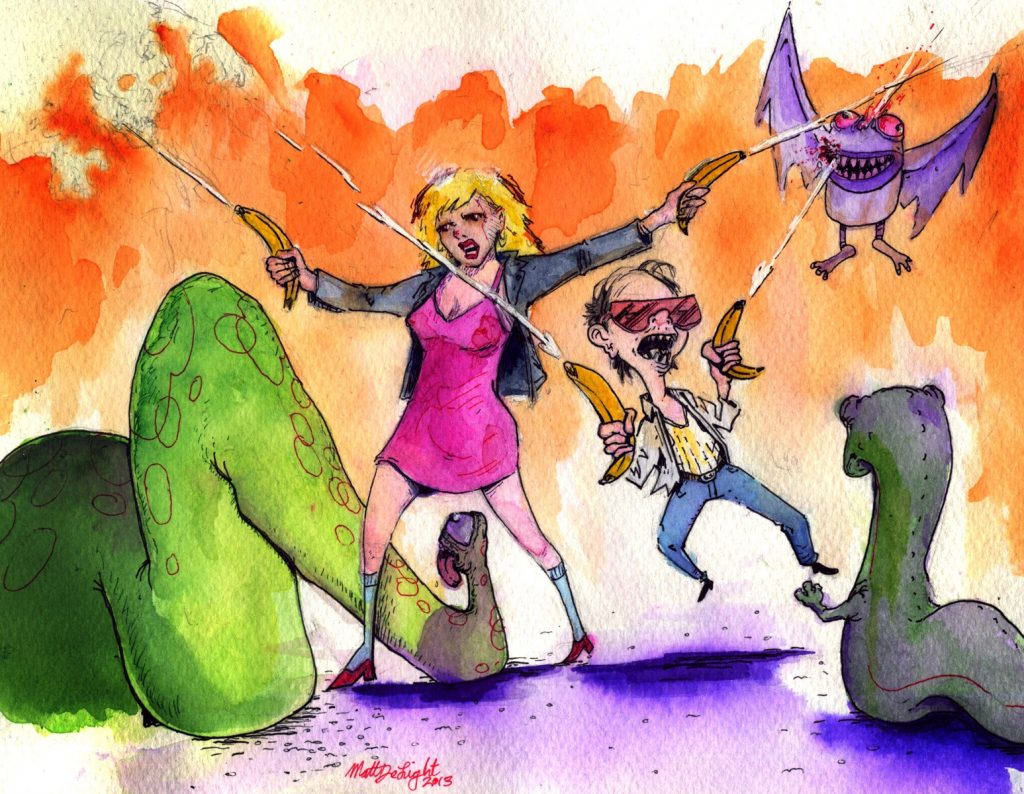 This movie should have been a tv show..

If you’ve seen any commercials or even the trailer for R.I.P.D., I imagine you immediately picked up on the MEN IN BLACK meets GHOSTBUSTERS meets HELLBOY vibe this movie is throwing out.  If you’ve somehow managed to dodge any type of exposure to this film, let me bring you up to speed..

R.I.P.D follows a head strong detective named Nick Walker, played by Ryan Reynolds (GREEN LANTERN) who is betrayed and gunned down by his back-stabbing rogue of a partner whilst on a routine drug bust.  Taken at the prime of his life, Walker finds himself floating on up to heaven, awaiting his final judgement. He is suddenly ripped from his celestial ascension and finds himself in the offices of the Rest in Peace Department.  He is given the option to take his chances with eternal judgement or offer up 100 years hunting down escaped souls hiding out on Earth. Naturally, he takes them up on the offer and joins the ranks of the R.I.P.D. He is partnered up with an old curmudgeon of a lawman named Roy, played by Jeff Bridges (TRON LEGACY) who reluctantly takes on the rookie and shows him the ropes of hunting down ‘deados.’  Together, these two ‘play by their own rules’ lawmen find common ground and embark on the biggest mission the R.I.P.D. has ever seen. 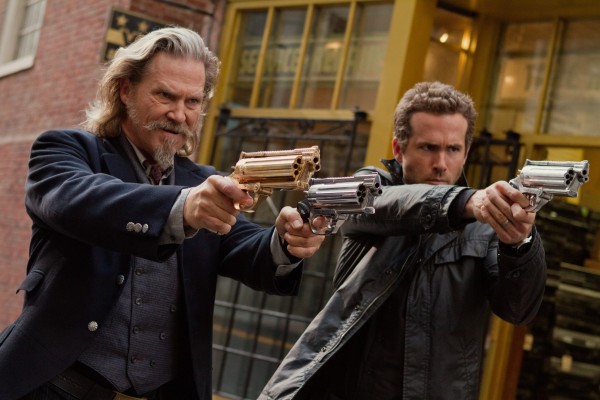 Who wouldn’t watch this movie? It has everything you Nerds love in a movie. ‘A wreck-less young cop is recruited by a secret celestial organization and is forced to hunt down monsters hiding out amongst the living.  He is partnered with an old west gunslinger and together, they avert the apocalypse and shit.’ Sign me up! What that description isn’t telling you is that this movie feels extremely rushed and leaves you with an overwhelming sense of ‘did I love or hate this?’

Whenever I hear people talking about RIPD, the conversation  always gravitates towards whether this movie is more ‘GHOSTBUSTERS meets LETHAL WEAPON’ or ‘HELLBOY meets MEN IN BLACK.’  The answer is that it’s all of that. Which, unfortunately, leaves very little room for R.I.P.D. to be it’s own thing. Which is always a problem when your source material is so strongly reminiscent of such already established franchises. What’s unfortunate is that this movie does have a lot of original elements.  For example, the living world doesn’t actually see Walker and Roy as their true selves, but, as an old Chinese man and a supermodel blonde. This leads to some very creative moments in the movie, but end up getting lost between over the top monster fight sequences, cliche characters and familiar story lines.

It’s a compliment when I say that this movie should have been a television show. It would have given the audience more time to actually connect with the main characters and slowly figure how everything works. The rules of this universe are barely explained, which forces you to figure things out on your own or just give up trying. At first, it’s unclear if the living world actually sees the Deados for what they really are, so, you’re left to assume that regular people don’t see anything at all. Until the very end when a newscaster calls them ‘monsters,’ do you realize that the living actually did see a giant fat monster dressed as Elvis, running up the side of a building and farting all over the place.

What happens when R.I.P.D. members are shot and disappear?  Do the living actual see an old Chinese man get flattened by a car or do they see some type of realistic alternative? Once a Deado ‘pops’, can it go back to looking like a regular human? Can R.I.P.D. officers eventually be killed by physical violence? Who’s calling the shots at the R.I.P.D.?

You’re thrown in so fast and loose into the world, that your only option is just sit back and enjoy the pretty pictures.  Which, wouldn’t normally be a problem, but, with this star power and such amazing source material, I expected so much more than a Tuesday night Netflix movie.

A great example of the filmmakers breezing right by a really cleaver idea, can be seen by how the living world see’s their guns. It is explained that the world doesn’t see them for their true living forms, but nothing is ever said about their fire arms.  At one point, you see Walker get up from a bit of a tumble and he’s carrying a gun, but when we see what the living world sees, his Chinese counterpart is holding a banana.  You immediately make the connection that this is how they see his gun, but, that is never really explained. Part of me felt proud for catching that and making the connection, but, the other part of me felt sad that cool elements like that were squeezed in and not given proper acknowledgement. 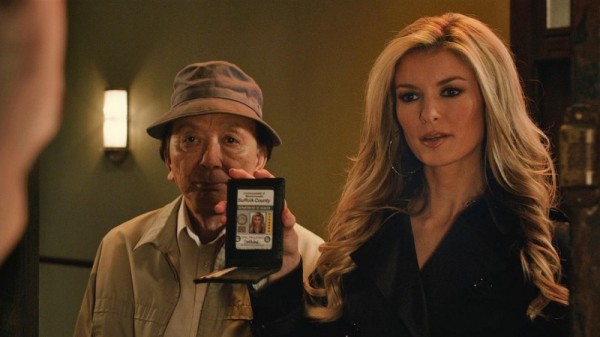 Oh. Kevin Bacon (X-MEN:  FIRST CLASS) is the bad guy in this movie. Sorry.  I wanted to spring that on you like how it was sprung on me because I had no idea he was in this and no trailer or commercial even shows a glimpse of him.

It’s really hard not to like this film. I just wanted so much more.  I wanted to see a lot more of Roy’s past. What is it like being a 200 year old cowboy living in the present?  Walker is so broken up about being separated from his wife, that he never stops to think that Roy’s loved ones have been dead for hundreds of years. This movie takes places over the course of a couple of days and you’re told that Walker is contractually obligated to a 100 years of service. Did his first case have to be such a big one?  Maybe DREDD has ruined comic book movies for me because that movie did such a great job of showing that it was just a random day in their world.  I guess I’m just tired of every movie playing with such heavy stakes.

Overall, I liked this film.  I liked the explanation that the reason why some souls are able to escape is because the system wasn’t designed to take such an over abundance of people dying everyday. I like that R.I.P.D. head quarters was full of police officers from all different time periods. Captain Proctor, played by Mary-Louise Parker (RED) does offer some dry wit and humor to the film.  Jeff Bridges is so over the top in this movie and yet it never feels too over the top.  I could watch Ryan Reynolds reading a newspaper and probably still enjoy it.  I do recommend seeing this film, but, I don’t recommend seeing it in the theaters.  Discover it in a couple of months when there’s nothing else on and it’s raining out.