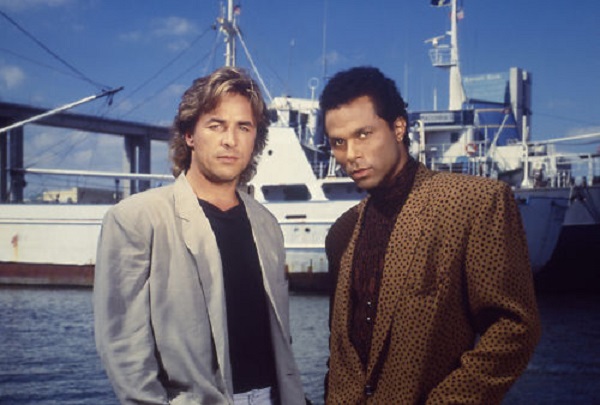 There is a pretty awesome continuing trend going on where classic TV shows are being revived as on-going comic books. Whether it be BUFFY Seasons 8 and 9, SMALLVILLE Season 11, or the more recent THE X-FILES Season 10, comic books are looking to be the next best place to go to visit your favorite TV characters and worlds. During a recent press release, NBC announced it will be adding a whole slew of new comic book titles to add to that growing list.

The new comics will be produced and published by Lion Forge and will be distributed digitally. No word yet on if there will be any print versions or collections of the comics. So far, NBC and Lion Forge have announced 5 upcoming titles that are based of the following TV shows:

SAVED BY THE BELL

There is no official word just yet as to who will be writing and drawing for these projects, but details are sure to emerge soon. Here are a few highlights from the press release courtesy of NBC:

“From hugely popular characters such as Crockett and Tubbs, Zack Morris and Punky Brewster to highly stylized music and clothing choices, these TV franchises have had a significant impact on pop culture,” said Lion Forge CEO David Steward in NBC’s press release. “We here at Lion Forge are looking forward to extending that influence by creating visually appealing and entertaining experiences on mobile devices for a whole new generation of fans.”

“Partnering with the team at Lion Forge to bring classic TV properties to life in graphic novel format was a natural step for us as we continue to identify new ways to entertain our fans in the digital space,” said Chris Lucero, director of Global Consumer Products Licensing for NBCUniversal Television. “We’re excited to give fans a chance to revisit some of their favorite shows and characters in a completely new way.”

It’s not too clear if these new titles will continue the stories of their television counterparts or simply take place during the show’s run. Lion Forge plans to release all 5 of the titles mentioned above in the latter half of 2013 with more titles possibly showing up at a later date. The comics will be sold digitally through Amazon’s Kindle Bookstore, Apple’s ibook Store, Barnes & Nobles’ Nook Book Store, and Kobo’s digital Store. This all sounds pretty cool for me especially being the huge MIAMI VICE fan that I am! All I have to say is bring on QUANTUM LEAP!