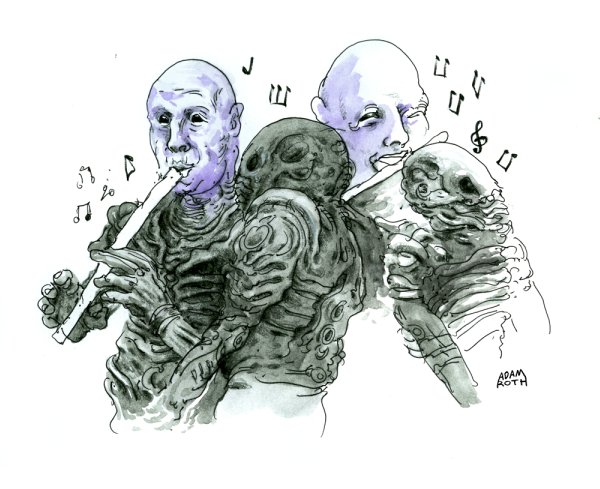 WARNING: While I strive to never fully spoil anything, this review may contain some very small spoilers. I recommend going into this one as fresh as possible.

Before I get knee deep in the review I feel it necessary to admit that I am a pretty big fan of the ALIEN franchise (mainly the first two films) and have a huge amount of respect for director Ridley Scott who has given us true gems such as BLADE RUNNER, LEGEND, and GLADIATOR just to name a few besides the original ALIEN of course. So it’s easy for you to imagine the amount of hype I had building up to his return to science fiction with this summer’s PROMETHEUS. That said, I found PROMETHEUS to be a wonderful science fiction film that is sure to please fans of Scott’s work and fans of the original ALIEN movie.

As mentioned before, PROMETHEUS is directed by Ridley Scott and comes from writers Jon Spaihts (THE DARKEST HOUR) and Damon Lindelof (LOST, COWBOYS & ALIENS). Scott is in top form here because his science fiction world seems fully realized, full of wonderful details, and the camera work displayed is just beautiful. There were many times throughout this film where I caught myself admiring the sheer beauty of this film. Scott has the ability to create a beautiful shot anywhere whether it be in the main ship’s living quarters or a vast alien landscape. Previous ALIEN films almost always featured small claustrophobic settings and PROMETHEUS gives audiences a chance to breath more and soak up some beautiful alien landscapes. Some long time fans may find that aspect of the film unsettling, but I found it to be quite welcoming due to the frequent moments of awe the landscapes provided. Very cool stuff. 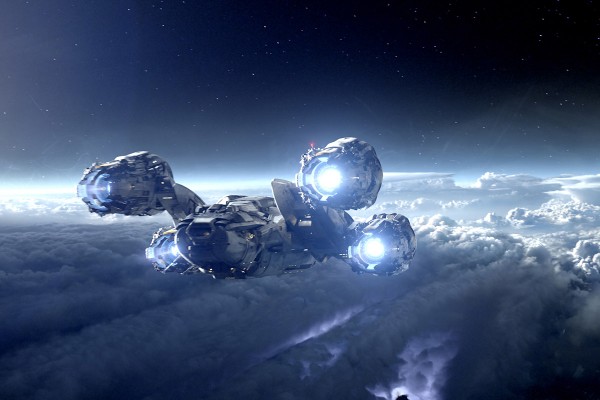 The story of PROMETHEUS screams classic science fiction and is much more epic in scale than Scott’s previous Sci-fi work. A team of scientists journey through the universe in search of other life forms after discovering a large number of ancient relics on Earth that point to the stars. Once the team arrives at their destination, they become stranded and uncover some truths that may pose a threat to themselves and possibly more. The pacing of this film is pitch perfect and nothing is revealed too quick or too slow. There are a lot of twists and turns here that may seem somewhat predictable, but  they will likely please fans searching for more answers to questions posed in the original ALIEN films. There may also be a few more questions that arise too. Again, this may bother some fans, but I think it is fair to say that the questions that arise are worthwhile, fun to ponder, and really open up a conversation to those willing. Something else worth mentioning about the story is the religious angle it often takes. While I usually shy away from this theme, it was presented in such a way that really gets the audience asking if there is something after life or are we just biology. This is just one of many elements in this film that could strike up some interesting conversations. As far a the story goes, I had a lot of fun with it in a classic sci-fi kind of way. PROMETHEUS is the kind of film that grabs ahold of you and you don’t quite snap out of it until the credits roll. I was immersed in this universe and it always had me on my toes thinking. 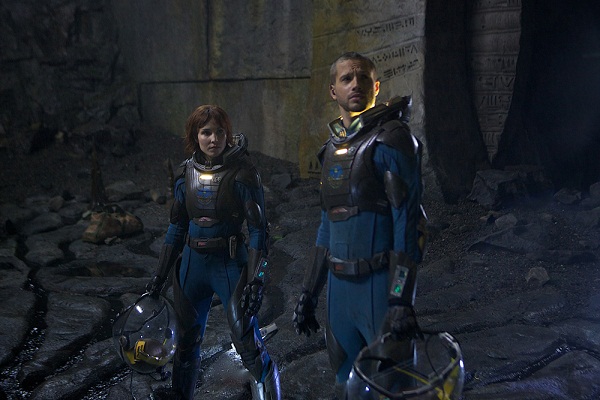 It seems like we are getting some amazing ensemble casts these days with movies such as THE DEPARTED and INCEPTION and it is safe to say that PROMETHEUS gives us one of the better ensemble casts to date. The crew of the “Prometheus” is 17 strong and includes some amazing talent including Noomi Rapace (SHERLOCK HOLMES: A GAME OF SHADOWS) as our main lead Elizabeth Shaw, Logan Marshall-Green (DEVIL) as her scientist boyfriend Charlie, Charlize Theron (HANCOCK) as the uptight representative of the Weyland Corporation Meredith Vickers, Idris Elba as captain Janek, and finally Michael Fassbender (X-MEN: FIRST CLASS) as the robot David who really stole the show for me. We also have some brief time with the talented Guy Pearce (MEMENTO) as the aging founder of the exploration Peter Weyland whose name you may recognize from past ALIEN installments. Besides these mainstays, there are a handful of other actors and actresses who unfortunately don’t really leave an impression and seem to only be there to get chewed up by the mysteries of the planet. I suppose one of my only real complaints was that there were just too many peripheral characters I just didn’t care about. We could have easily halved the crew and it would have made little difference other than being able to flesh out the more interesting characters. That small nitpick aside, Rapace really proves herself here as leading lady material. She had wonderful screen presence and watching her evolve throughout this film due to some horrific events was good fun. And it would be horrible of me to not reiterate just how great Fassbender is here as the robot David who is tasked to protect the crew while they cryogenically sleep and assist them once they awake. Fassbender really owns his performance here and has created a classic character that will be remembered. His moments on screen were some of the most memorable and he has solidified his place among my favorite actors of all time. 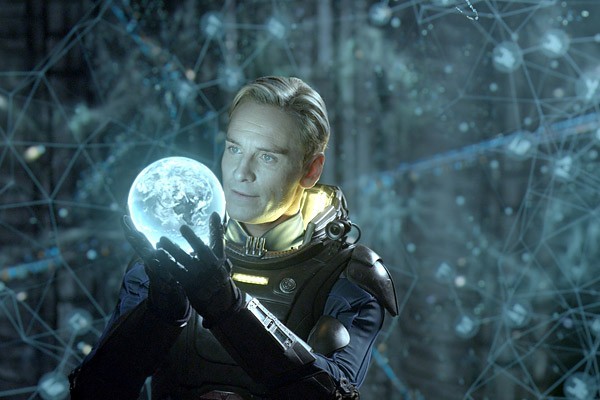 PROMETHEUS pleases on so many levels that it cannot simply be labeled as a classic sci-fi film alone. I would say the best label one could give the film would be a classic sci-fi horror action movie. I know that’s a lot to say in one breath, but PROMETHEUS delivers on so many levels that it would be a disservice to label it just one thing. Scott does not disappoint in delivering a handful of very disturbing sci-fi moments worthy of the “horror” label. I swear some of the images this movie put in my head will be with me forever. Scott also has a much larger budget this time around and it shows with amazing set pieces, awesome locations to explore, stunning costumes, and a handful of jaw dropping action sequences that will really get your blood pumping. Just wait until you see what Scott has in store for you in the final act of this film. So cool. I can’t stress enough just how beautiful this movie turned out to be.

After all the hype I built up for PROMETHEUS I can safely say that I am pleased with the end result. Make no mistake about it, PROMETHEUS is a prequel to the ALIEN franchise and it’s not afraid to tell you so. That said, it is also a film that can easily stand on its own and was just a fantastic movie-going experience for a nerd like myself. The story is often predictable, but never boring, and fully mesmerizing. The characters are fun and there are a couple of real stand out performances from Rapace and Fassbender. The visuals were jaw dropping and only complimented by some awesome moments of horror and action. And besides all that, I was pleased as an ALIEN franchise fan who seeked  a few answers and explanations without being told too much. PROMETHEUS will come highly recommended from me and I am eager to not only re-watch classic ALIEN films, but to also ponder where the franchise can go from here.