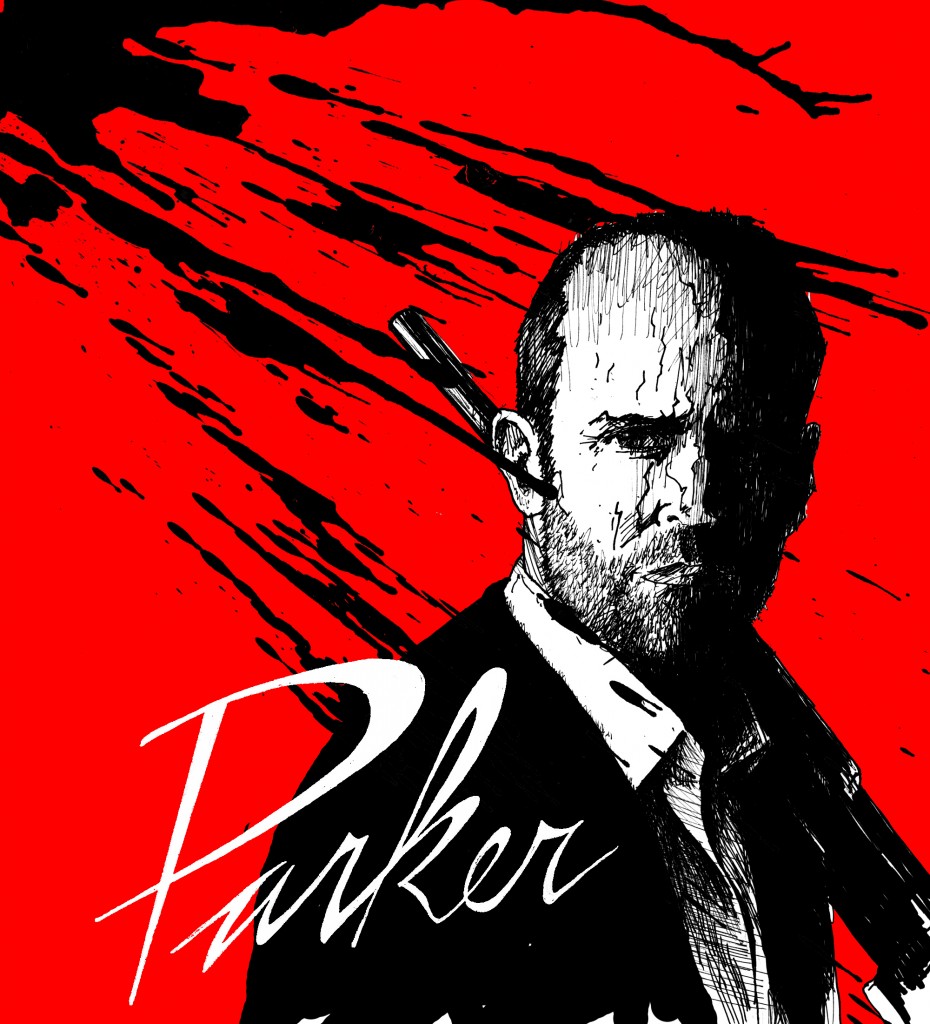 I like Jason Statham movies.  From the inherent silliness of train wrecks like IN THE NAME OF THE KING, to more compelling crime films like LOCK, STOCK, AND TWO SMOKING BARRELS and SNATCH. I even enjoy him in high-octance guilty pleasure affairs such as CRANK. One thing is for sure; Statham remains constant as an intimidating figure composed entirely of “badass” who is able to convey enough charm and vulnerability to make me root for whatever by-the-numbers action role he currently inhabits.  Indeed, his representation of Parker in…uh…PARKER is without a doubt the best part of the film.  Unfortunately, there is not much else in this addition to the crime-thriller genre to support and bolster it past a simple recommendation of just “watchable.”

The problem with PARKER is not that it is a terrible film.  It’s just standard.  You’ve seen the “criminal seeks revenge” plot done many other times in far better movies such as 1999’s PAYBACK and 1967’s POINT BLANK, both based off of the pulp crime story THE HUNTER written by the late Donald Westlake.  Coincidentally, the Parker character was the original protagonist of this novel and this latest cinematic endeavor is based off of another of Westlake’s books titled FLASHFIRE.  I have to state that I have not read the book and therefore have no idea whether or not the film strays too far from the original story.  But faithfulness to the source material aside, PARKER just doesn’t offer anything really new or worth investing in outside of Statham’s “beaten-down-yet-steadfast-and-deadly” turn as the titular hero.

Though this type of story has been done to death, it is easy to follow and sets up Parker’s quest well, albeit surrounding a very convenient plot hole.  A thug is ordered to shoot an already gravely injured Parker in the head point blank, but somehow misses and leaves him for dead.  I suppose I could forgive this little story hiccup since it would have cut the film’s running time down to just 20 minutes.  There is also nothing necessarily wrong with the performances in the film.  As stated before, Jason Statham is able to hold our attention as the brutal and determined Parker.  Michael Chiklis (THE SHIELD) plays a stock criminal rival, but is able to convey an appropriate amount of menace.  Clifton Collins Jr. (2009’s STAR TREK) is horribly underutilized as a henchman, but at least looks tough.  And Nick Nolte (WARRIOR) shows up for a few scenes as a confidant/mentor to our lead, but is quickly swept aside along with his daughter (and Parker’s girlfriend) Claire played by Emma Booth (BLOOD CREEK).  But it is not the abandonment of characters and subplots nor the lack of desire to be different from other crime-thrillers of the same ilk that keeps PARKER in mediocre traction.  It’s the character of Leslie Rogers played by Jennifer Lopez (SELENA). 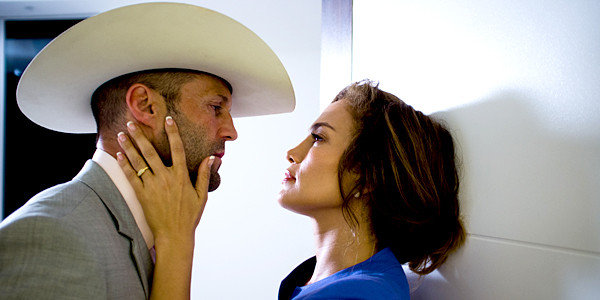 Now I want to make this absolutely clear: this is in no way, shape or form a slam on J Lo or her talents.  I actually like her a lot as an actress, be it in more dramatic work (like the aforementioned SELENA) or in other crime-thriller films such as U-TURN, BLOOD AND WINE or OUT OF SIGHT.  She is an incredibly beautiful presence onscreen and certainly has the acting chops to back it up.  And she does well with what she’s given to work with in PARKER.  The problem is that the character of Leslie is a major disruption in the narrative, contributes very little to the turn of events and more than overstays her welcome with director Taylor Hackford (THE DEVIL’S ADVOCATE) never finding a suitable role for her to fill for the remainder of the film.

Leslie Rogers is a recently-divorced woman pushing 40 who is miserable with living at home with an overbearing mother and frustrated with never “climbing to the top” in her job as a real estate broker in Palm Beach.  Sounds like the perfect set-up for your typical Jennifer Lopez-driven romantic comedy and/or real world drama, right?  The problem is that her personal narrative is so drastically brighter in tone compared to the dark dealings of Parker that any momentum or investment you have building for the “revenge” side of the plot is quickly sucked out of you with the turn of a scene.  For a long while before the two of them even met face to face, it felt like I was watching two completely different movies at the same time.  And even after the two leads meet, the movie struggles (even against its own logic) to force Leslie into the rest of the story.

Parker, under a false identity, uses Leslie’s knowledge of the Palm Beach community to pinpoint his traitorous colleagues and their next big score.  Leslie, having done some digging of her own, discovers his ruse and convinces him to partner-up for his move against them and getting a cut of the profits.  All well and good, except that from this point on she contributes nothing else essential to the main narrative.  Parker, telling her she’s in on the job after only providing one piece of information, quickly sidelines her, leaving us with more scenes of her normal life that, yet again, suck the energy out of the film.  A mutual attraction is hinted at and immediately dropped after one kiss.  The smart and resourceful representation of Leslie introduced to us early on is brushed aside in the final confrontation for the sake of having the standard “damsel in distress” quota filled.  Lopez tries her best to pull something off with this character, but the fact is that Leslie Rogers is a puzzle piece that doesn’t quite fit right anywhere on the board.  And the attempts to make her fit become considerably noticeable as PARKER begins to feel too long and too deprived of the brutal promise of vengeance it started out with in the beginning. 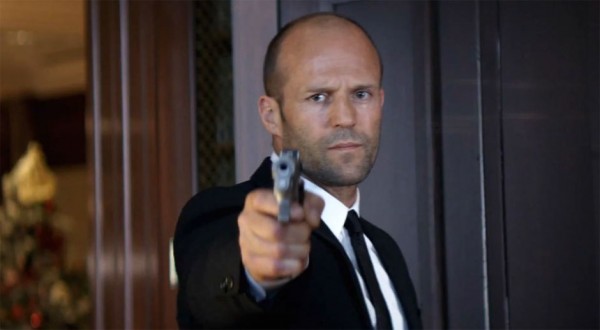 Again, PARKER is not terrible or completely unwatchable.  The fights and action scenes are entertaining, Jason Statham holds our focus as the stoic antihero and Lopez and the other supporting players do okay with what they are given.  But that’s just it: it’s just okay.  The plot is formulaic for a crime-revenge tale with little to no surprises for the viewer and although she is on top of her acting game, not even J.Lo can salvage a character whose own story arc feels out of place and unnecessary in the gritty and gory grand scheme of things.  At worst, the film offers nothing new in the way of plot and is helplessly bloated.  At best, it’s a decently-shot thriller that gives you an appealing action lead doing what he does best: kicking ass.  If you’re a Statham aficionado, then I’m sure you’ll get around to seeing PARKER eventually.  You may just want to wait until it’s available as a cheap rental before doing so.

And check out an episode of “Music Monologues” featuring Statham, werewolves and beef chow mein: