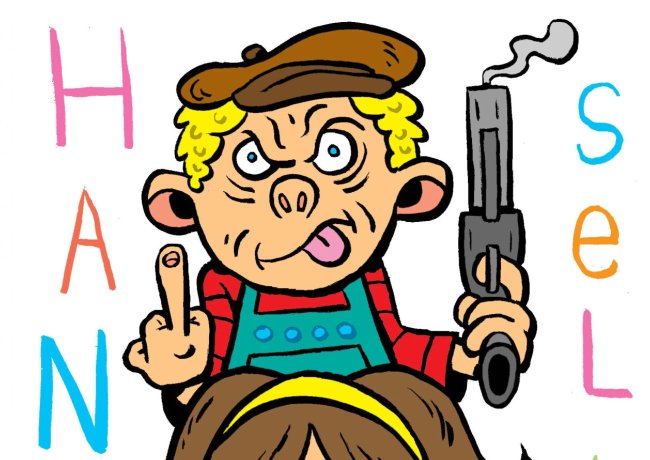 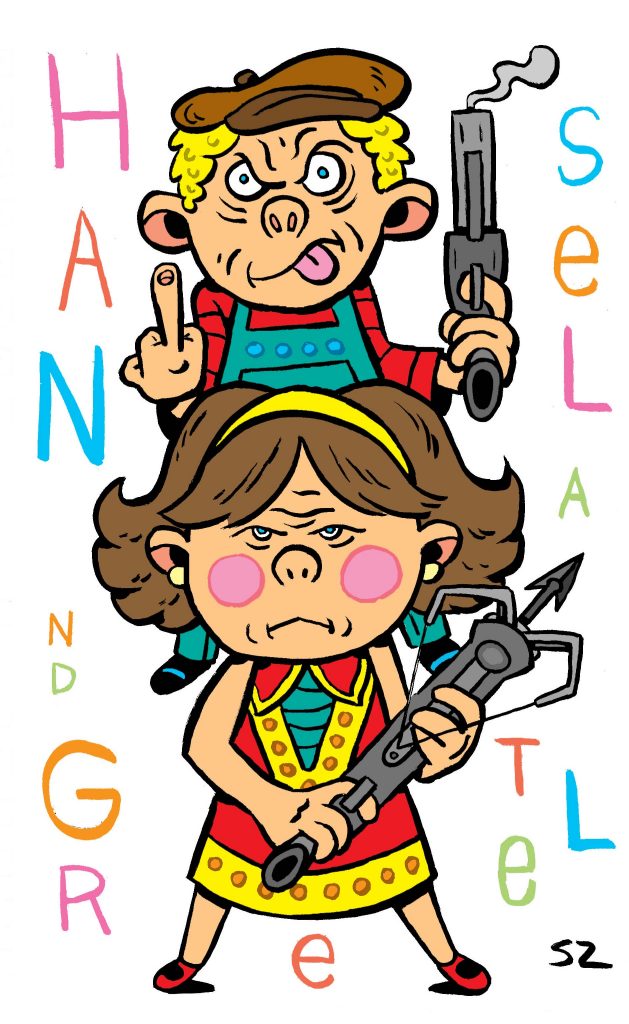 Now, If you’re anything like me (and I suspect that you are) you probably have read the original untranslated German version of  Hansel and Gretel over one thousand times. So, I don’t really need to catch you up on the basic concept of this wildly inappropriate children’s story. But, for you few uncultured swines out there not familiar with this overly rambunctious fairy tale, allow me to fill the empty stomach of your imagination with a fable unlike any other.

It’s basically a story about two kids getting abandoned in the woods by their parents and almost being eaten by a witch who lives in a candy house. The children end up tricking the witch and pushing her into her own oven. THE END.

I’m sure a lot of people are going to shit all over this movie. Call it ‘over the top’ or utter nonsense. Yet, they will never really stop to think about how completely bat shit crazy the origin story was.  A candy house.  Cannibalistic witches. Child abandonment.  Ovens. I understand (all to well) the pain of watching a movie that tries to take itself way too seriously. Luckily, HANSEL & GRETEL knows exactly what it is and never tries to be more than that. Hell, Hansel and Gretel repeatedly remark ‘you gotta be fucking kidding me’ throughout the entire film! It’s this level of self awareness, witch I believe, makes this movie so damn entertaining. 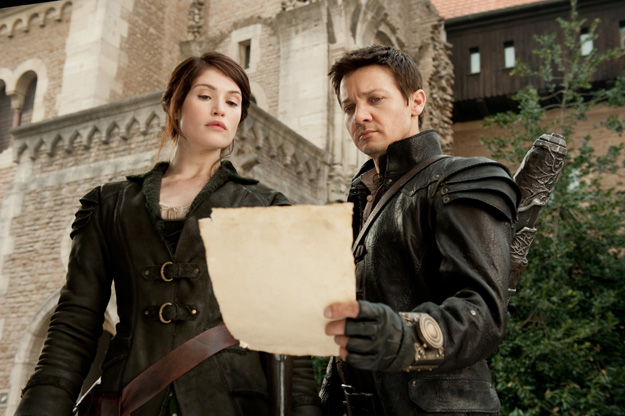 This violent, adult take on the storybook siblings is brought to us by the relatively new director Tommy Wirkola (DEAD SNOW aka the nazi zombies in snow movie) and features Jeremy Renner (THE AVENGERS) as Hansel and Gemma Arterton(QUANTUM OF SOLACE) as his sister Gretel.

After the tragic events that transpired in that now infamous ‘candy house,’ Gretel and Hansel find themselves becoming quite a notorious duo of  witch hunters. This latest adventure finds them at the mercy of a Grand Witch played by Famke Jannsen (Jean Grey in the X-MEN Series) who is gathering witches for a super spell that will make all witches immune to fire.  Despite their being many ways to kill a witch, fire appears to be both the most effective and simultaneously the most difficult to actually orchestrate. (So, yeah, lets waste our one blood moon wish on that.) On their mission to discover the mystery of the missing children, Hansel and Gretel pick up a young go-getter who is all too anxious to join in on their adventures as well as a good natured troll named ‘Edward.’ .. Oh, I mean.. ‘EdddwaaRRddd.’ What ensues definitely has it’s fun moments. 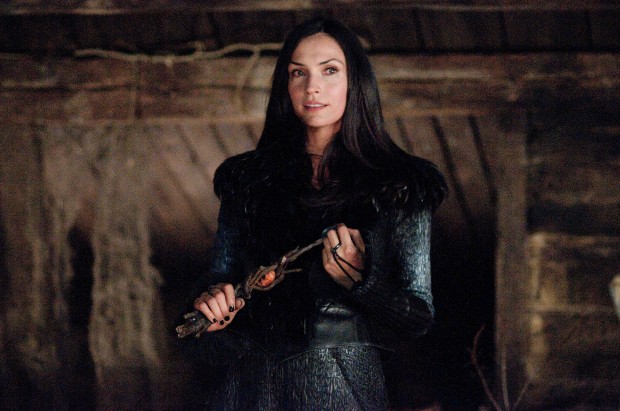 I definitely enjoyed the filmed. There is way more gore in it than I expected. I think you see about 5 different peoples heads explode and over 10 witches ripped apart. A bunch of modern day tough guy talk, sprinkled with a wide assortment of steam punk grappling guns and contraptions. You get a little bit of nudity. A lot a bit of some pretty brutal fight scenes. Although, all the witches are women and watching Hansel smacking lady witches in the face with shovels is a little odd at times. The witch designs at the end are pretty fun and a few character designs aren’t as bad as I feared they would be. There’s not a lot of  that unnecessary love story cockamamie that studios force down our throats.  Hansel is a diabetic, so, that’s something different. And, you only think Hansel and Gretel are going to kiss once.

Do I recommend seeing this in the theaters?  Only if you couldn’t find anything better to do and don’t mind a little bit of A KNIGHT’S TALE mashed with VAN HELSING. Do I recommend you see this movie at least once in your life?  Absolutely.