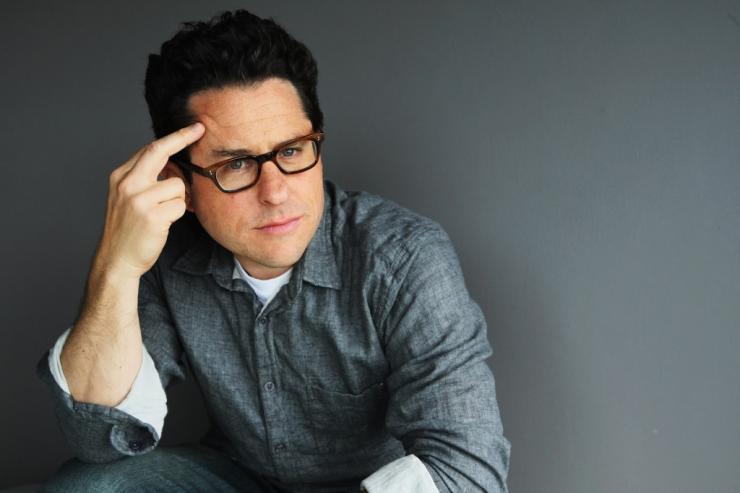 After a nervous 24 hours of waiting for an official confirmation, Disney and Lucasfilm have officially announced that J.J. Abrams (STAR TREK) will be the director of STAR WARS: EPISODE VII. Check out the press release straight from www.starwars.com:

After a bevy of emails and phone calls, the formalities have been wrapped up, and at long last everyone can exhale and properly share the word with an excited Internet. Yes, J.J. Abrams will direct Star Wars: Episode VII, the first of a new series of Star Wars films to come from Lucasfilm under the leadership of Kathleen Kennedy. Abrams will be directing and Academy Award-winning writer Michael Arndt will write the screenplay.

“It’s very exciting to have J.J. aboard leading the charge as we set off to make a new Star Wars movie,” said Kennedy. “J.J. is the perfect director to helm this. Beyond having such great instincts as a filmmaker, he has an intuitive understanding of this franchise. He understands the essence of the Star Wars experience, and will bring that talent to create an unforgettable motion picture.”

George Lucas went on to say “I’ve consistently been impressed with J.J. as a filmmaker and storyteller.” He’s an ideal choice to direct the new Star Wars film and the legacy couldn’t be in better hands.”

“To be a part of the next chapter of the Star Wars saga, to collaborate with Kathy Kennedy and this remarkable group of people, is an absolute honor,” J.J. Abrams said. “I may be even more grateful to George Lucas now than I was as a kid.”

J.J., his longtime producing partner Bryan Burk, and Bad Robot are on board to produce along with Kathleen Kennedy under the Disney | Lucasfilm banner.”

Also consulting on the project are Lawrence Kasdan and Simon Kinberg. Kasdan has a long history with Lucasfilm, as screenwriter on The Empire Strikes Back, Raiders of the Lost Ark and Return of the Jedi. Kinberg was writer on Sherlock Holmes and Mr. and Mrs. Smith.

Abrams and his production company Bad Robot have a proven track record of blockbuster movies that feature complex action, heartfelt drama, iconic heroes and fantastic production values with such credits as Star Trek, Super 8, Mission: Impossible Ghost Protocol, and this year’s Star Trek Into Darkness. Abrams has worked with Lucasfilm’s preeminent postproduction facilities, Industrial Light & Magic and Skywalker Sound, on all of the feature films he has directed, beginning with Mission: Impossible III. He also created or co-created such acclaimed television series as Felicity, Alias, Lost and Fringe.

Well there you have it my fellow nerds. This is HUGE news and is sure to create a lot of mixed feelings from fans across the globe. Brace yourselves for all the crap we are going to have to listen to from all those confused and bitter Star Wars haters out there who claim to be fans of only the original cuts of the original trilogy. Get over yourself already and stop being so boring! Personally, I absolutely Love and adore ALL of the STAR WARS films and am extremely excited and anxious to see what’s in store for the rejuvenated franchise. While I love and respect all George Lucas has done to bring us this amazing universe, I am genuinely  interested in seeing what a fresh new director can do with the franchise. These are very exciting times and I will go on record in saying that J.J. Abrams is an intelligent and inspiring choice to helm this monumental sequel. Talk about pressure! First STAR TREK, and now STAR WARS! Abrams is the luckiest filmmaker/nerd on the planet. I am truly rooting for him to make an epic and worthwhile sequel to my favorite movie franchise of all time. More live-action lightsaber battles! THANK YOU nerd gods!

While I could go on forever about what I think, I really want to hear what YOU think. Sound off in the comments below and tell us how you feel about J.J. Abrams directing what will be one of the most anticipated movies of all time.