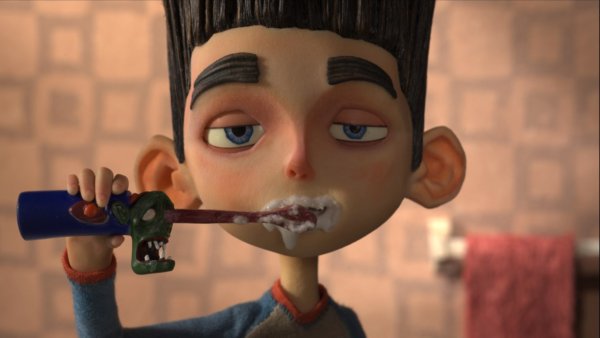 Ghosts! Zombies! A Witch! Halloween comes a little early with PARANORMAN, a stop motion animated feature from directors Chris Butler (first time writer and director) and Sam Fell (THE TALE OF DESPEREAUX). Norman Babcock can see and talk to ghosts, and rather than bemoan his gift, he is quite happy to converse with the dearly departed; unfortunately, Norman’s family and schoolmates aren’t so understanding and he is forced to tolerate disdain and ridicule when he’d rather be left alone. Just as Blithe Hollow, where Norman and his family live, is preparing to celebrate the tricentennial of their famous witch trial, Norman’s uncle dies and his spirit pleadingly charges Norman with stopping the witches curse and saving the town. The curse gets rolling before Norman can figure out how to stop it; leading to a mad dash adventure involving a mob, a witch, zombies, and an oddball assortment of youngsters trying to save the day.

When you get down to brass tacks, PARANORMAN is a mash up of a horror film and a kids movie, and while that may seem like an odd combination, the result is both wonderful, hilarious, and largely kid friendly. I loved that the movie is packed with homage to horror films of yesteryear: the opening credits are a complete throwback to 70’s B horror movies, Norman’s room is decorated in early zombie, there’s a healthy amount of creepy locations and stylized lighting, as well as plenty of over the top monster encounters. However, to keep the movie kid friendly, all the wonderful hallmarks of horror are coupled with humor, which does a great job of keeping the film light and fun. Along with the horror, there are also some classics from kids movies thrown in. Since Norman is an ostracized school kid, its no surprise we get some insufferable teachers, amusing hallway encounters, and schoolyard stereotypes peppering the landscape. These cinema institutions, particularly the stereotyped characters, really keep you in the mindset of a kids movie despite all the supernatural creepiness going on. And speaking of characters, PARANORMAN boasts a phenomenal cast of voice actors. 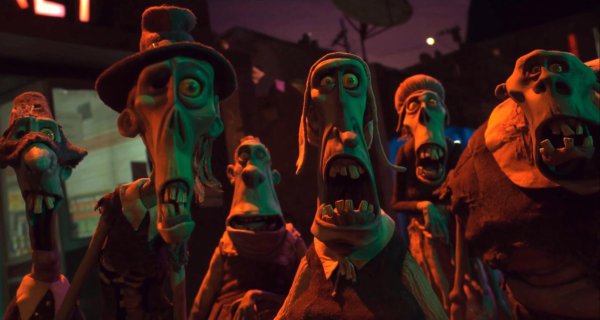 Kodi Smit-McGhee (THE ROAD) gives voice to Norman, and does a nice job of it. His tone and intensity (or lack there of) really compliment the animation and help make Norman a viable lead character. I was surprised to discover that Anna Kendrick (UP IN THE AIR) was the voice of Courtney Babcock. I’ve been a fan of hers for quite sometime now and she does such a nice job of voicing Norman’s boy obsessed cheerleader sister that I couldn’t even tell it was her. Casey Affleck was outstanding as Mitch; I would never have guessed that he provided the voice of film’s muscled up gear head. The rest of the cast do an equally fantastic and I feel I would be remiss not to mention them. John Goodman (THE ARTIST) voices Uncle Prenderghast, Tucker Abruzzi (TV’S GOOD LUCK CHARLIE) voices Neil, Christopher Mintz-Plasse (KICK-ASS) voices Alvin, Leslie Mann (KNOCKED UP) voices Sandra Babcock, and Jeff Garlin voices Perry Babcock. I know that’s a quick run down, but this cast does a wonderful job of keeping the audience grounded in PARANORMAN’S world, and I don’t think this movie would have been nearly as funny with a less talented group of voices.

The voice actors are certainly not the only talented people involved in this project, as Sam Fell and Chris Butler really strut their stuff with this picture. Sam Fell has had his hand in movies for a little while now. He directed FLUSHED AWAY and THE TALE OF DESPEREAUX and clearly knows what he’s doing. On the other hand, Chris Butler is new to the writing and directing side of things, but he has done storyboard work on CORPSE BRIDE and CORALINE. He spent years working on the script for PARANORMAN, and that patience has certainly delivered as the story is thoroughly enjoyable. Looking at their credits, putting these two men together to make a movie makes a lot of sense, especially with Laika Entertainment (The production company for CORPSE BRIDE and CORALINE) thrown into the mix, and it certainly has paid off with PARANORMAN. The movie is primarily a stop motion animation, but CG was used on backgrounds to widen the scope and it really opens up the medium. There is plenty of interesting camera work that one would never have expected to see in a stop motion feature, which really makes you feel like you are just watching a normal movie; all possibilities and no limitations. At the same time, you still get that great gritty feeling that comes with stop motion animated movies, so it really does feel like you get the best of both worlds with PARANORMAN. 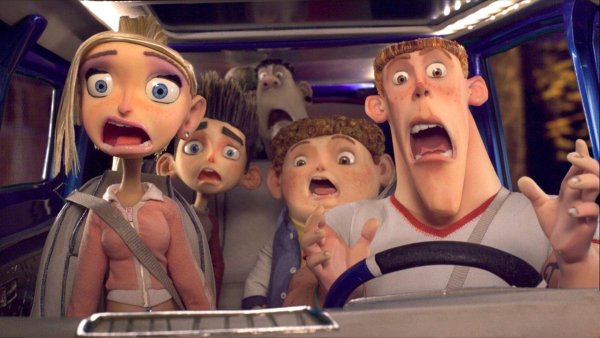 While I absolutely love PARANORMAN, I also understand that its not for everybody. If you don’t like or have an appreciation for creepy and scary movies, a large part of this film may be lost on you, not to say you couldn’t still enjoy it, but you probably won’t get as much out of it. Also, I happen to know a few people who have an aversion to stop motion animation, and if you are of this ilk it should go without saying that you should avoid this movie. Lastly, while I don’t feel that most children would be frightened of this movie, if you happen to have a child who is a bit overly sensitive to scary things, you may not want to take them to this particular picture.

Its been awhile since I have seen a movie I enjoyed as much as PARANORMAN. It has just the right mix of humor, heart, and horror to make it a treat to watch. If anything I have written makes you even remotely interested in this movie, you owe it to yourself to go and check it out in theatres; trust me, you won’t be disappointed.