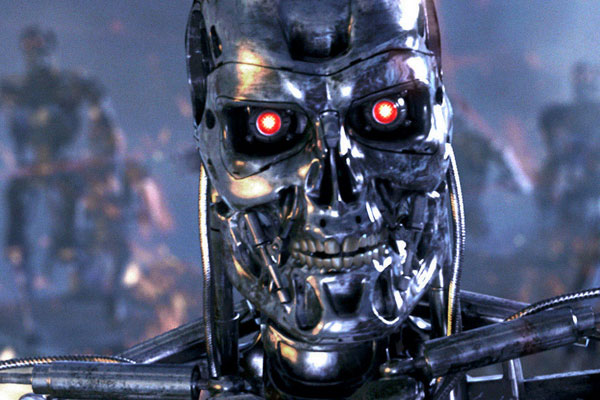 I’ll spare you the typical “I’ll be back” puns (you owe me!) and get straight to it. Skydance Productions, Annapurna Pictures, and Paramount Pictures have jointly announced that not only is TERMINATOR 5 (not official title) happening, but it will be released June 26th 2015. On top of that, the new film will serve as a reboot of sorts and is planned to be part 1 of a planned trilogy. This does not mean that it will not stay true to the already established canon, but rather is a fresh start with a new story arc. Plot details and the official cast have not been announced yet, however it has been made very clear that series star Arnold Schwarzenegger will be back (ha! Got ya!). Here is the somewhat vague press release:

The first in a stand-alone trilogy, “TERMINATOR” will be produced by Megan Ellison of Annapurna and David Ellison of Skydance. Dana Goldberg and Paul Schwake of Skydance will serve as executive producers. Laeta Kalorgridis (“Avatar,” “Shutter Island”) and Patrick Lussier (“Drive Angry”) are attached to write the screenplay.

Launched in 1984 with star Arnold Schwarzenegger as the title character, “TERMINATOR” spanned 3 subsequent films, which have earned over $1 billion at the worldwide box office.

David Ellison most recently executive produced, along with his partners at Paramount, “World War Z,” “Star Trek Into Darkness,” “G.I. Joe: Retaliation” and “Mission: Impossible – Ghost Protocol”. A 5th installment of in the “Mission: Impossible” franchise is in active development, along with a 3rd film in the “G.I. Joe” franchise, among other films.

So it’s official and happening. I’m in! Those who remember the headlines back when TERMINATOR: SALVATION was announced will recall that THAT was a planned trilogy as well with Christian Bale (BATMAN BEGINS) as the lead John Conner. While I am a fan of that film, it looks like the studios have something else in mind. It’s interesting that they refer to the new movie simply as “TERMINATOR” and, while they mention his name, they did not officially state that Schwarzenegger is involved. In any case, it’s a new live-action TERMINATOR flick and that’s something to get excited for.

Stay tuned for more, and hopefully less vague, information as production is set to begin soon.