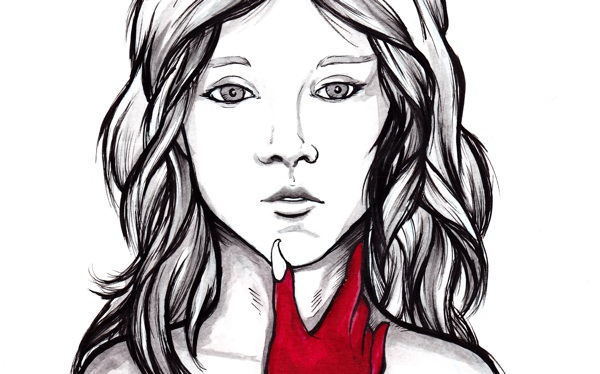 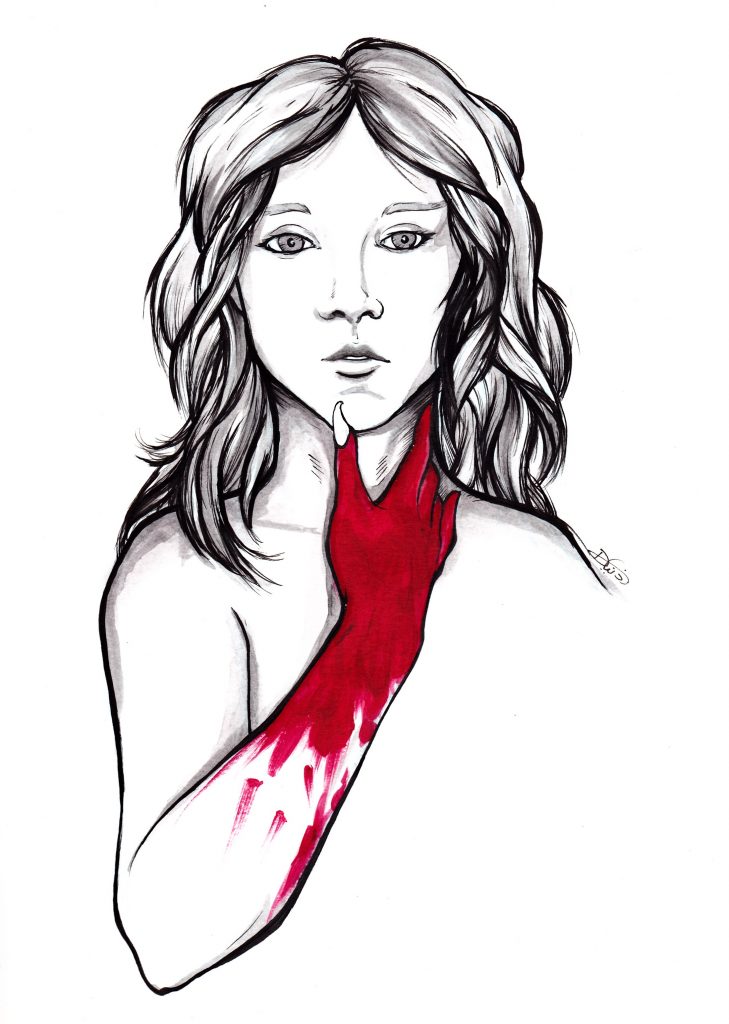 For the record, I wanted so badly NOT to talk about TWILIGHT in this review.  O! To sully thy sweet ecstasy with day dreams of Twinkies. To better understand the light, you must sometimes look into the darkness. Believe me. I’m the worst kind of TWILIGHT hater. I understand that for you to truly dislike something, you have to first immerse yourself within. Salmon baths. Black licorice orgies.  To truly say that you don’t like something, you must first know every aspect of it.  And yet… I’ve never seen a single TWILIGHT film and I have still chosen to dislike them solely on the minuscule amount of information I have on them. I know that makes me a horrible person. But, your hate and disgust only seem to make me stronger. I shall drink your anger and let it wash over my body like the sweet bloods of immortality. Slurp Slurp.

DISCLAIMER:  I may have watched this movie at a very weird time in my life. 32 has been a year where Ive become very self aware of my own mortality. No time like the present and all that hogwash.  It’s also been a year of pretty heavy self analysis and growth. Knowing that you will die someday, really helps you appreciate being alive. Funny how that shit works, huh?

BYZANTIUM was directed by Neil Jordan, who is pretty high up on the list of people responsible for setting society down this cultural vampiric maelstrom, that it currently finds itself in, by directing INTERVIEW WITH A VAMPIRE in 1994.  Okay, well, technically Anne Rice is to blame. It was her unique perspective on the legend that helped both modernized and sexualize vampires. It was Neil Jordan’s cinematic vision that made vampires sexy and brooding. Things haven’t been the same since. 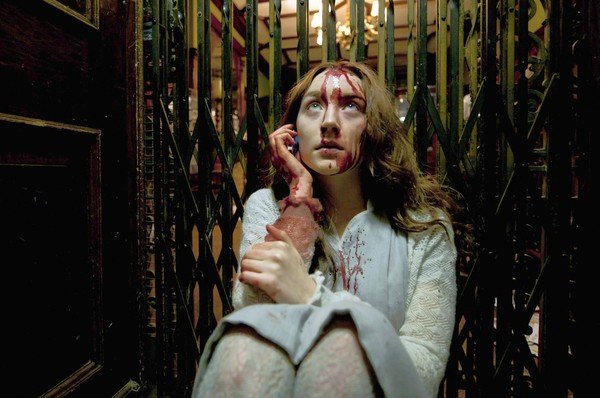 BYZANTIUM tells the story of Eleanor Webb, played by Saoirse Ronan (HANNA, THE HOST) who has been sixteen for a couple of hundred years. She doesn’t really seem too thrilled with her life. So brooding..  Her only companion on this journey through immortality is her super crazy over protective vampire mother Clara, played by Gemma Arterton (HANSEL & GRETEL: WITCH HUNTERS). Eleanor is not allowed to interact with society and by no means, is ever allowed to tell her secrets to anyone. She is never allowed to say… meet a cute boy who has himself touched death and somehow seems to understand her in a way that no one else ever has.  I mean, she definitely is not allowed to do that… Anyways, Eleanor’s only cathartic release to the endless torment of immortality seems to come only by continuously writing her story down and then tossing it into the wind (Yes. Of course somebody finds it and then tracks her down). Eleanor survives by only feeding off the dying and those who have accepted their death. Clara, on the the other hand, is a prostitute who feeds on random johns and pimps. Clara and Eleanor are constantly on the run from the male dominated vampire race who don’t allow for females to exist within their ranks. They eventually set up shop in and old hotel, the BYZANTIUM, which they eventually convert into a brothel and use to quench their unnatural thirst.  Their past eventually catches up to them and they both have to choose whether to run or to finally face the past that has been hunting them for over 200 years. 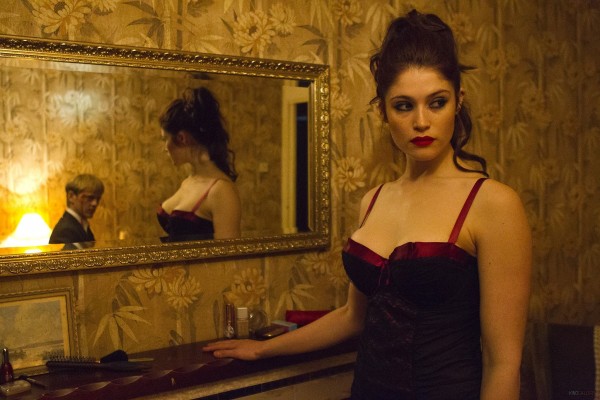 Here’s where I end up talking about TWILIGHT. Facing down the barrel of our own mortality is one of the main driving forces of our growth and development. We find partners. We stop binge drinking. We have kids. We put away childish things. But, what happens when death is no longer part of our journey? I think it’s most likely that you would cease all emotional growth and be trapped in the state we were when death lost its grip on us.  Accidentally, I think TWILIGHT did a really good job of expressing this idea.  Why else would a 300 yr old vampire still go to high school?  Why else would a sex worker stay a sex worker after 200 years? Why else would a shy and emotionally distant child still be that after such an unnatural length of time?  Granted, BYZANTIUM expresses this point with subtly and grace, while TWILIGHT uses it to explainably rationalize the romance of a 300 year old being and a high school girl.  To compare both of these movies in the same category is a slap in the face, but, I’d be remiss if I didn’t talk about the a theme that is so strongly represented in both.

The fact that Clara continually writes her story shows that when faced with a life without growth, the only comfort she could was in the consistency of her past.  You can argue that Clara’s refusal to allow Eleanor to grow as a person is also what kept her from progressing past her teenage mentality. The same can be said about Clara who never allowed her self to be anything more that Eleanor’s protector and mother figure. I feel that their refusal to grow past who they were when they were turned, relies heavily on the shoulders of their immortality.  The essence of this film seems to lie in the question of whether a natural state of emotional progression can occur when you are the living embodiment of unnatural growth? Repression of growth. Repression of gender. Repression of reproduction. 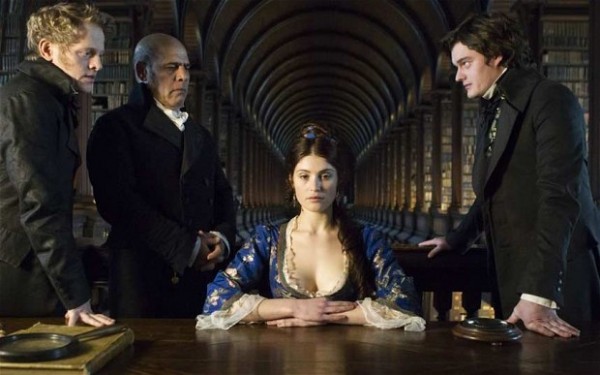 This movie was insanely beautiful. Jordan’s cinematic eye is only equaled by his flawless ability to seamlessly switch between present day and the past. It was really great to see a fresh take on the old vampire story.  Unlike INTERVIEW or TRUE BLOOD, BYZANTIUM doesn’t rely too much on the common connection between sexuality and vampirism, which seems to only be represented in Clara’s profession.  BYZANTIUM, instead, focusing mainly on a mother daughter relationship that is not allowed to evolve to anything beyond that. Once again, this movie is insanely beautiful. I just have two words, ‘Blood waterfalls.’ I loved the absence of fangs and I always enjoy that the vamps can walk around in the daytime.

BYZANTIUM won’t win any awards for originality or screenplay, but, it’s definitely a must see for any fans of the genre. Gemma Arterton is stunning and it’s good to see her in a serious role.  HANNA is one of my favorite movies and It’s so good to see Saoirse Ronan stretching her acting chops again. If you have some time and want to see something enjoyable that isn’t a traditional summer blockbuster,  BYZANTIUM is definitely the movie for you.