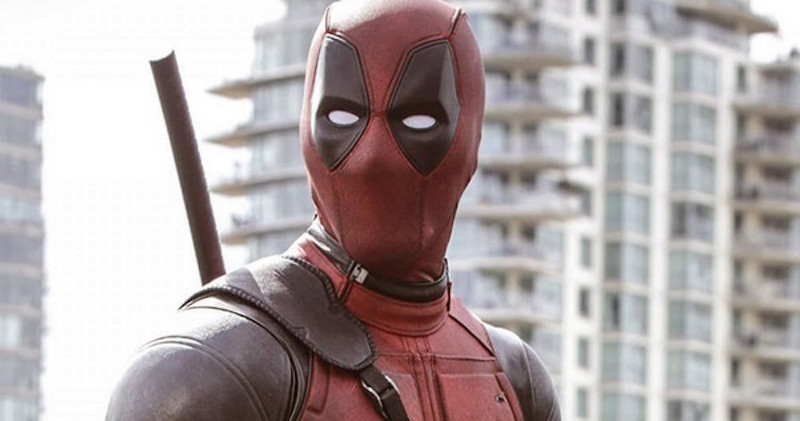 ‘From the studio that inexplicably sewed his fucking mouth shut the first time.’

DEADPOOL made his first onscreen cinematic appearance in the overpopulated mutant ‘sad orgy’ that would be later referred to as X-MEN ORIGINS: WOLVERINE. Yep. That movie. One of the most important moments in Wolverine’s history was crammed into a 10 minute long movie montage that ended with Logan comically destroying Jonathan and Martha Kent’s bathroom with his shiny new ‘stabbies’. The movie proved to be something of a let down for Wolverine fans… Adding insult to injury, the studio attempted to cram in as many fan favorite mutants as they could.  The whole experience felt like trying to slide a wet noodle into a coin slot. Besides dropping the ball with Gambit, Sabretooth, Cyclops and Emma Frost, Etc Etc Etc, the internet nearly caught fire over the mishandling of Wade Wilson, AKA Deadpool.  You see… what the top brass didn’t know about everyone’s favorite ‘merc with a mouth,’ was that Deadpool has a very intense following online.  (I counted 107 Deadpool cosplayers at San Diego Comic Con this year) The casting of renowned celebrity smart-ass Ryan Reynolds was legendary. The transformation of Deadpool into a muted and mind controlled mutant hand gun was a complete ‘shit kitten’. Celebrate Nerds!  For now is the time to wash the smell of Grandma’s jockstrap out of your mouth.  Behold! El hombre que se conoce como el grupo de la muerte!

The reality that this movie is being made has repeatedly resulted in the complete drenching of my favorite tutu. After WOLVERINE ORIGINS failed to impress, the idea of getting a proper DEADPOOL movie seemed as unlikely as receiving a ‘reach around’ from a crocodile (They have such tiny arms!). THEN ‘Test Footage’ for a potential DEADPOOL movie leaked online and the internet over flowed with nerd juices.  This was the Deadpool we needed.  This is the Deadpool we deserved.  Give me the Deadpool in all my orifices.

You’re probably asking yourself why this asshole hasn’t even mentioned the trailer yet!? Settle your sweatpants boner, I’m about to get that part done up. Remember, kids… X gonna give it to ya. What can I say about this trailer that a wet lap hasn’t already told you about this trailer?  It’s dope as shit.  The fighting is off the wall. Salt N Peppa. It’s funny. Colossus appears in it for some gosh darn reason. Did I mention it’s bloody and people are dropping ‘fuck grenades’ every ten minutes?  You wanna know the best part?  DAYS OF FUTURE PAST made this shit possible.  It altered the entire X-MEN time line. Now, Wade can get cancer all over his body (like God intended) and the only way to cure him is by implanting him with some gonzo healing factor that allows him to reattach limbs, but, makes him look like a ‘testicle with teeth.’ Future Wolverine is probably to blame. I guarantee. Seriously, go watch this trailer again.  It’s wild as all hell and it’s friggin Deadpool!  Also, his mask eyes move.  I only have mask eyes for youuuuuu.  Go watch the trailer again, for Cyclops’ sake.  As always, ‘With great power, comes greater irresponsibility.’

DEADPOOL hits theaters on FEBRUARY 12, 2016 just in time for Valentine’s Day!  Take your favorite hand out for a romantic evening!