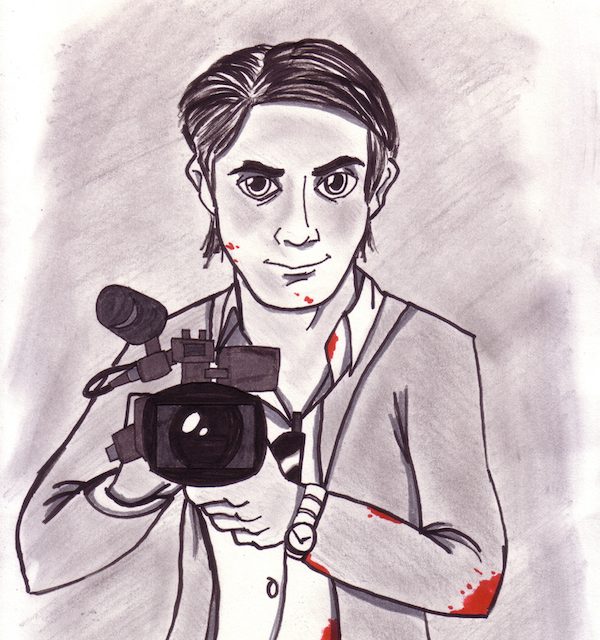 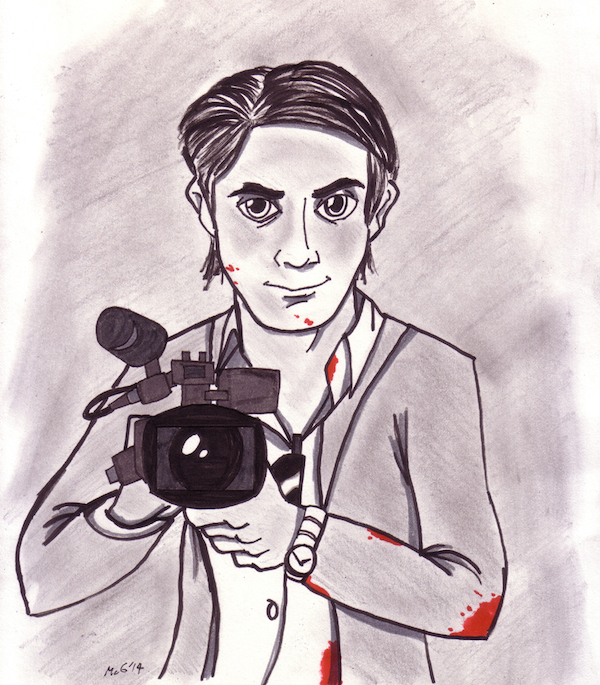 Well, this certainly was a very liberal interpretation of my favorite X-Men character!  Who knew that before Kurt Wagner joined Xavier’s School for Gifted Youngsters, he was an amoral sociopath named Louis Bloom (Jake Gyllenhaal) who spends his nights recording violent and gruesome crime and accident footage for local Los Angeles news affiliates?  And talk about squandering the source material!  They traded out Nightcrawler’s blue skin and devil tail for slicked-back Patrick Bateman hair and cold wide eyes that will make you shit your pants with fear.  They didn’t even get his powers right!  Gyllenhaal didn’t teleport once!  All he did was do very questionable things to get good shots, blackmail and strong-arm people into granting his requests and straight-up cut down anyone who gets in his way.  Boo!  Final score: zero out of ten!

Okay, all joking aside, NIGHTCRAWLER is actually an amazing ride.  Obviously, it’s not based off the Marvel superhero of the same name, but instead follows a very disturbed man as he does whatever it takes to become the top freelance photojournalist in L.A..  To bring another Marvel hero into the mix, imagine if Gyllenhaal was given the chance to play black-suited Peter Parker from SPIDER-MAN 3…except play him as actually scary and intimidating!

Gyllenhaal’s performance is uncanny and very unnerving as it becomes apparent that Bloom is a grand manipulator, getting in cozy with enemies and friends alike with false pleasantries until he finds something he can use to utterly destroy them professionally, emotionally or even (in some cases) physically.  It’s very clear from the start that he could give a damn about anybody else and just uses the basic understandings of human socialization and business politics to get ahead.  Gyllenhaal does very well in playing both Bloom’s facade and his emotional detachment.  It’s only when he does what he does best- capturing human misery on film for sensationalist news- that Bloom genuinely appears to display any sense of enthusiasm or enjoyment which makes the character all the more chilling.

It’s the subtle actions Bloom takes while he is on the job that make his grander and more ruthless displays unbelievable but still not unexpected.  He tampers with crime scenes to make better compositions for a shot, purposely withholds evidence from the police to escalate situations in order to capture more violent footage later on and uses his talents and exclusivity to negotiate a more intimate relationship with the news director Nina (Rene Russo).

Speaking of which, it is great to see Rene Russo back in a strong leading role after having only a line or two as Thor’s mom in the past few years.  She plays Nina as an unrelenting and uncompromising news director who is willing to do whatever it takes to get the top ratings for her station…even if that includes making a deal with a devil like Bloom.  It is interesting to watch as she initially takes on the role of mentor to the freelancer, attempts to gain the upper hand on him and quickly finds herself at his mercy, essentially letting him dominate her…in every sense of the word.  Pretty much all of her interactions with Gyllenhaal have an undercurrent of sexual tension running throughout them.  They could be talking or negotiating about anything else, but their posture and poise screams foreplay.

Russo’s portrayal of Nina as someone who refuses to back down but ultimately relents isn’t so much about taking a strong female character and making her comply.  We can’t help but feel sorry for her when Bloom breaks her down.  Indeed, there really are no “pure” characters in NIGHTCRAWLER, but compared to Bloom, they are rays of sunshine!  It does not matter if you are his cut-throat boss, his assistant (Riz Ahmed) or his loudmouth rival (Bill Paxton): if you get in Bloom’s way, he will obliterate you.

To accompany the terrific performances, writer-director Dan Gilroy has shot a very beautiful film.  It’s no surprise that a movie about video journalism would be eye-catching.  L.A. conveys all of its neon glory well through the David Fincher and Michael Mann-like bleakness and grit.  Action scenes such as car chases and shootouts are composed with just the right amount of tense build-up and frantic energy.  Darkness and the use of great lighting are this film’s allies as they make each crime scene or accident that Bloom stumbles upon all the more uncomfortable and uneasy.

About the only problem I had with regards to the overall plot is a disbelief that any local news affiliate would be showing this much graphic content for their morning broadcasts.  To me, it appeared to be almost absurd to the point of being unintentionally hilarious.  But perhaps that was the intent: to juxtapose the idea of allegedly “upstanding” journalism with the desperation of a ratings grab.  Who knows?

NIGHTCRAWLER is a fun and fascinating look into the mind of someone who we would never ever want to meet in real life.  The movie ends up wearing a lot of hats from crime-thriller to drama to extremely dark comedy, but doesn’t seem to run out of new and captivating ways of showing just what a fucking creep our lead character is capable of being.  Gyllenhaal, Russo and the rest of the cast turn in marvelous performances and the film is executed in such a way that it makes looking at so much unpleasantness look so cool.  This quickly became a favorite of mine and I can’t wait to visit it again.

Check out Mike’s McGTV video log on NIGHTCRAWLER below: