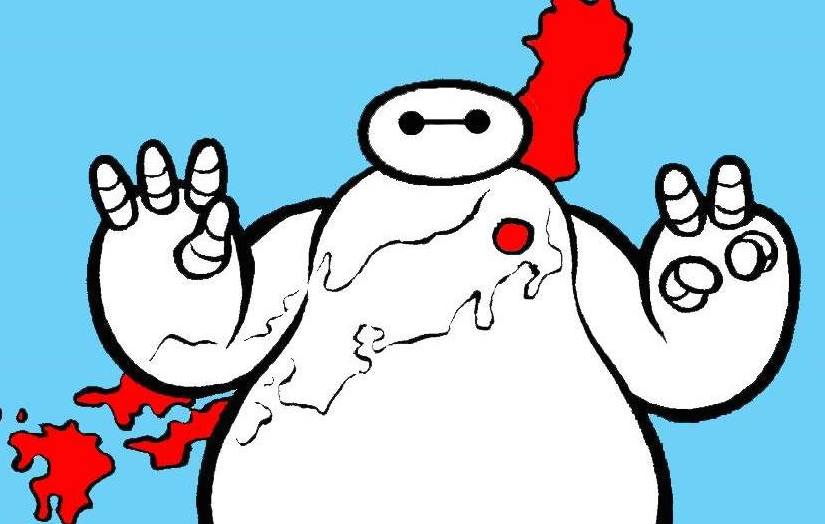 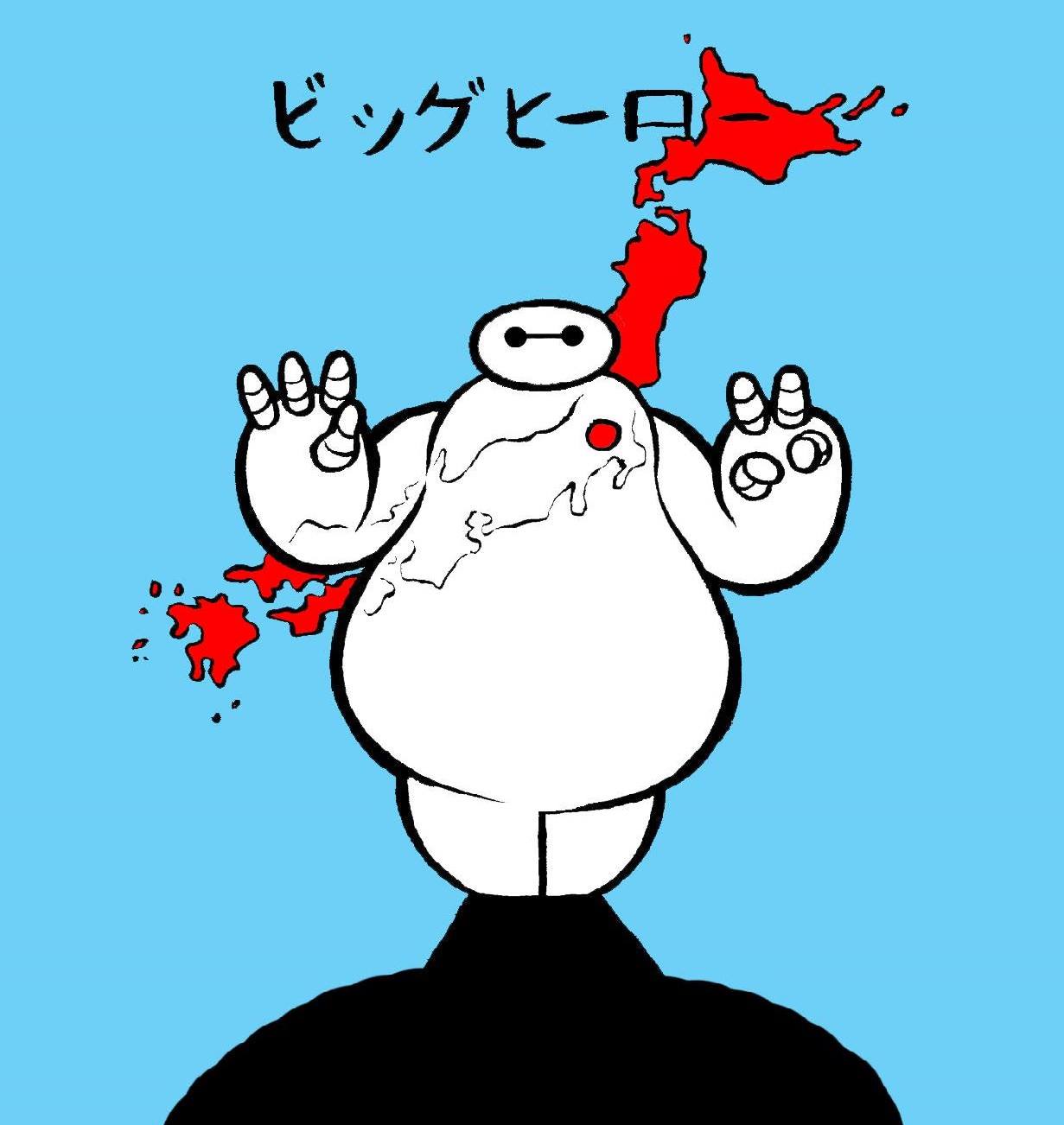 Well, Baymax… When I walked into the theatre, I was at about a 1.  Then, you started pulling on my old heart strings and skyrocketed my emotions right up to 11.  Typically, I’m rocking a solid 3.  Lets go with a soft 5. Wait, is it raining?  Cause, then I’m definitely in the 2-3 range. 4. Let’s put my emotions on hold for a minute and let’s focus on what’s really important here. Don’t worry. I’m use to suppressing the pain…  Hold me, Baymax.  Hold me and never let me go.

BIG HERO 6 is Marvel’s first animated movie since their Phase 1 films started their cinematic onslaught of the box office. Working in collaboration with Disney, this movie has been referred to as a combination of AVENGERS and THE INCREDIBLES. (Because, like, duh.) ‘Damn it, woman! WHERE. IS. MY. SUPER SERIUM?!’  I’d be lying if I didn’t expect Nick Fury to show up at some point during this movie and attempt to recruit Hiro into his ‘Kid Avengers Initiative.’   Damn it, Marvel.  You ruined me.  I go see every one of your movies and expect to see some damn Easter Egg that is going to somehow tie every one of your dang movies into your larger universe.  Rest assured.  BIG HERO 6 exist in and of itself. The world that has been created inside the borders of San Frantokyo is both surreal and utterly beautiful, yet, completely relate-able in a way that’ll have you a little too emotionally invested.

BIG HERO 6 is probably one of the best animated films that has come out in the past few years.  Accurately explaining this movie, is proving to be a little bit complicated for me.  The plot can be laid out very easily.  The movie follows two brothers, Hiro and his big brother Tadashi.  Both geniuses, Hiro is the youngest and is still trying to find his purpose in life.  Tadashi is walking the straight and narrow and is part of a nerdy college ‘think tank’ that allows other like-minded geniuses to use their intelligence in a way that pushes the boundaries of advanced science.  By introducing Hiro to this world, Tadashi helps him find his motivation and a renewed sense of purpose.  So, of course someone important in Hiro’s life sacrifices his life and sends him spiraling back down on an aimless path.  It’s not until he realizes that his ingenious ‘microbots’ invention are being used for a nefarious purpose that Hiro decides to assemble a super hero team of his fellow nerds to help take out the sinister man in the komoto mask.  That’s it.  The story is not complex.  In fact, it’s extremely predictable. You almost immediately know who the mysterious villain is and can clearly assume what his motivations will be.  But, the plot of the movie is not what makes BIG HERO 6 a masterpiece.  It’s the characters that end up having the most profound effect on you. It’s the relationship between Hiro and the super soft marshmallow-like robot, Baymax, that really drives the ‘love nails’ into your emotional coffin. Life isn’t easy.  Your path is never clear.  Knowing what you want from life, doesn’t mean that you’re actually going to get it. Life is full of pain and it’s never as clear as ‘1-10.’

BIG HERO 6 is not a superhero movie.  It’s actually not really even a Sci Fi movie.  Yes, those are the elements that help push the story forward.  But, It’s actually the characters growth and development that end up being the real take away of BIG HERO 6.  It’s a story about finding purpose in your life. It’s about how life will continually throw shit lemons at you and the choice to continually make lemonade will always be a hard choice to make. The city of San Frantokyo is exquisite and all too real. Especially considering that those streets are the same streets I call home.  You’re constantly waiting for this movie to turn into some epic action film, until you realize that that’s not really what this movie is all about. The diversity of the cast is something you should take note of.  It makes you wonder why it’s taken Hollywood this long to break the mold most ensemble films are cut from. Baymax is completely charming and will have you laughing your sweet little heart out.  BIG HERO 6 will end up being not the movie you expected, but, a movie you’re very happy to have experienced.