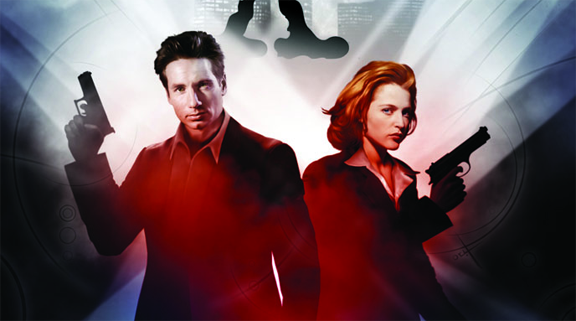 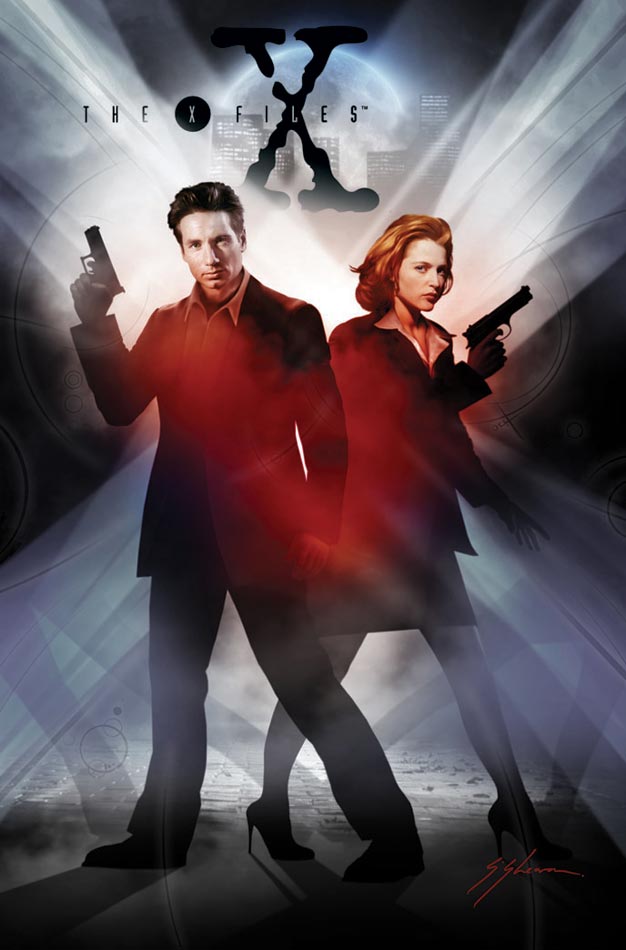 There is a continuing and appreciated trend in the comic book universe to continue stories from popular television series. FIREFLY, BUFFY, and SMALLVILLE are just a handful of franchises to pick up where the television show left off (or provide prequel stories) that have won over fans worldwide. We can now add THE X-FILES to that list thanks to IDW Publishing who has a reputation of reviving classic franchises and cult favorites into comic books. I am a longtime THE X-FILES fan. Having seen the entire series and both movies, I am excited to return to that world and continue the adventures of agents Mulder and Scully. Check out the official (and lengthy) press release below:

San Diego, CA (January 28, 2013) – IDW Publishing and Twentieth Century Fox Consumer Products are thrilled to announce a partnership to publish an exciting series of works based on the legendary series, THE X-FILES. IDW’s publishing plan includes reprinting collections of the classic issues published intermittently from 1995 through 2009, as well as creating brand-new X-FILES comics to launch in June 2013.

Over two movies and two hundred television episodes, THE X-FILES, is a juggernaut of science fiction-tinged intrigue, unique characters and carefully constructed stories. The show’s popularity raged into the comic world, seeing successful series mounted by publishers Topps and Wildstorm. Despite this, new publishing has not been available since 2009’s joint Wildstorm/IDW crossover – 30 Days of Night/The X-Files – leaving fans without a venue for the continuing sequential adventures of Mulder and Scully… until now.

“THE X-FILES is a classic property that helped redefine fans’ expectations for the science-fiction and horror genres,” said IDW’s President/Chief Operating Officer Greg Goldstein. “The possibilities for new comic stories are virtually unlimited!”

“The fans of THE X-FILES have remained loyal to the series since its conclusion. What better way to continue the show’s legacy and give back to them than through new stories in a different medium,” said Jeffrey Godsick, President of Fox Consumer Products. “IDW has worked with a number of our Fox properties, and we know they’re going to do great things with these iconic characters.”

In 2013, fans of THE X-FILES will want to believe in new comics from IDW Publishing! The home of successful kindred series like 30 Days of Night, Doctor Who, and Locke & Key, to name a few, IDW is excited to bring the enduring legacy of THE X-FILES back to comics.

“Few shows have captured the zeitgeist and fans’ imaginations like THE X-FILES, and fewer shows still have left people hungry for more in the way this one did,” said Chris Ryall, IDW’s Chief Creative Officer/Editor-in-Chief. “Our new series will be picking up where the second film left off, which will hopefully be as exciting for fans to read as it is for us to develop.”

In the San Francisco area looking for your next THE X-FILES comic book fix? If so, Check out MISSION: COMICS & ART. They’ve got you covered!