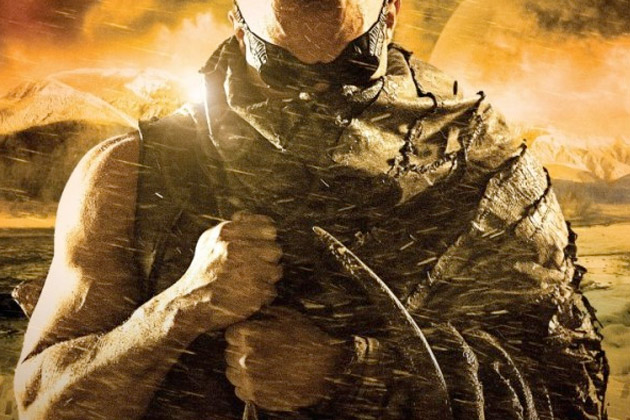 Can you believe it has been almost 10 years since we last saw Vin Diesel (FAST FIVE) portray Riddick in 2004’s THE CHRONICLES OF RIDDICK which was the sequel to the kick ass PITCH BLACK released in 2000? Me either. I’m feeling old just thinking about how excited I was to pick up PITCH BLACK on VHS at my local Blockbuster Video store during one of their 3 for 10 deals. Yeesh. Well, your patience is about to pay off my fellow nerds because Diesel and returning director David Twohy (BELOW) are back with the third installment simply titled RIDDICK. We have been getting glimpses of this film from time to time with quotes from the cast and crew, some sweet concept art, and even some cool set photos, but now we have our first official look at this bad boy in action. Sure the teaser is short but it is also very sweet! Check out the film’s full plot synopsis along with the teaser below.

The infamous Riddick has been left for dead on a sun-scorched planet that appears to be lifeless. Soon, however, he finds himself fighting for survival against alien predators more lethal than any human he’s encountered. The only way off is for Riddick to activate an emergency beacon and alert mercenaries who rapidly descend to the planet in search of their bounty. The first ship to arrive carries a new breed of merc, more lethal and violent, while the second is captained by a man whose pursuit of Riddick is more personal. With time running out and a storm on the horizon that no one could survive, his hunters won’t leave the planet without Riddick’s head as their trophy.

Looks pretty damn cool to me! I think the creators heard fans of the original film (PITCH BLACK) and lessened the scale of the franchise a bit to match the tone of the original film rather than continue the epic storyline introduced in THE CHRONICLES OF RIDDICK. While I enjoyed both films, for very different reasons, it will be great to see Riddick back doing what he does best; kick alien ass in the dark on an isolated planet! Count me in!