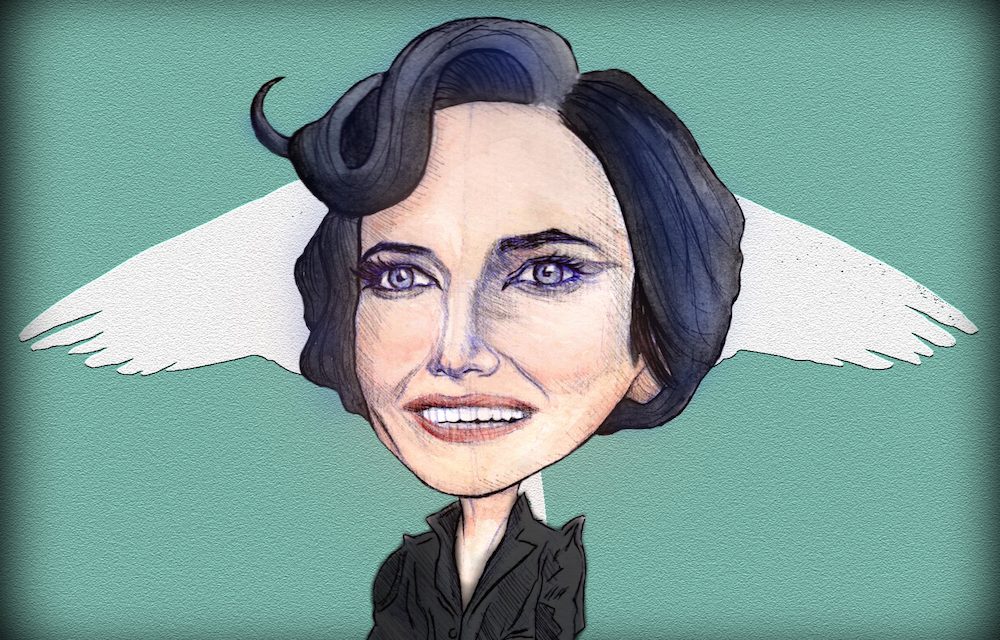 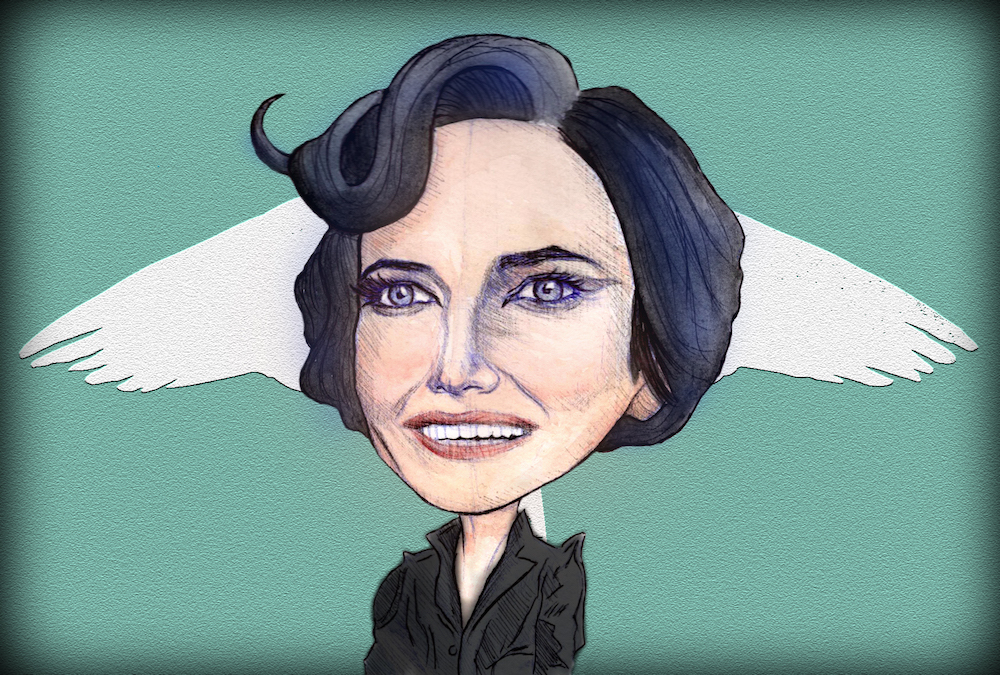 The last Tim Burton film I really enjoyed was probably 1999’s SLEEPY HOLLOW. While it may have been awhile since he really captured my imagination, you have to give the dude credit for amazing films such as BATMAN, BATMAN RETURNS, BEETLEJUICE, EDWARD SCISSORHANDS, and MARS ATTACKS to name a few off the top of my head. Love him or not, Burton is a uniquely talented filmmaker with a true vision and an unmistakable visual signature. So yeah, I decided to give MISS PEREGRINE a shot. Does it rank among the best Burton has to offer, not really, but it was charming as hell and had some truly wonderful visual moments.

We have a nice big juicy cast to chew on here. Peregrine herself (Eva Green) isn’t in the film as much as you would expect being the titular heroine and all, but when she is, she does a great job as the eccentric school head who takes care of the “peculiar” children. Oh, and she can turn into a bird. Cool. The real stars in this film are Asa Butterfield as Jake and Ella Purnell as Emma Bloom who has the ability to float away if it weren’t for her steel shoes that keep her grounded. Butterfield is turning out to be quite the leading man as he gets older and he does a solid job here as the reluctant adventurer Jake. And I think it’s safe to say Purnell steals the show here in all her wide-eyed glory. Butterfield and Purnell have some great chemistry on screen and really served as the glue that kept this film together.

Isn’t every movie just better with Samuel L. Jackson around? I say yes. In MISS PEREGRINE, he plays the villainous character Barron and chews the hell out of every scene he’s in. It’s obvious he’s loving every minute and really puts on his evil pants this time around. He’s joined by an underutilized Judi Dench as another headmistress Miss Avocet, an underutilized Terrance Stamp as Jake’s eccentric (or is he?) grandpa, and an underutilized Rupert Everett as an Ornithologist who is there all too briefly. It’s like Tim Burton can ask anyone to do anything in one of his films and they will just say yes because Tim Burton asked. I suppose I would say yes too just to work with the man, but there was a lot of hidden talent flopping around this film. They aren’t bad by any stretch, just underutilized.

Besides the main players mentioned above, there’s a gaggle of young actors whole fill the halls of Miss Peregrine’s school. They all have little to work with but do get at least one moment each to shine. Each kid has a unique gift making them peculiar thus allowing them to live with Miss Peregrine in her school. Consider it a safe haven for their ilk and they all come together as an odd, but likable, little family. Of course Tim Burton wants to direct this film. Peregrine turns into a bird, Jake see’s monsters that others cannot, Bloom floats, and the rest of the children have cool abilities making them unique. A little girl is extremely strong, another little girl has a monster mouth on the back of her neck, a boy can create a little heart giving life to the artificial while another boy can project his dreams onto the wall. There are creepy masked twins hiding a terrifying face that will turn you to stone, a girl who can ignite anything she touches, and even a little boy who shoots damn bees out his mouth. This is all very cool stuff to look at on screen and Burton displays it with charm.

While there was nothing horribly wrong with the story here, something just felt off. Maybe a bit safe and predictable. I had a hard time connecting with the characters on the whole. Jake was a serviceable lead but he, and pretty much the whole cast, felt a bit hollow. Sure the effects were cool and we do go to some memorable places in this film, but it all amounted to something bordering on mediocrity. Which is hard to say considering all the fantastical elements on display. I liked a few “outside the box” concepts such as the peculiars living in a hidden time loop and some of the little surprises the youth displayed. And I liked how dark things got from time to time such as the villains feasting on kid’s eyeballs. It was all very amusing, but again, a bit hollow and the stakes never felt too high. It’s just one of those rare movies that doesn’t really do anything wrong, yet doesn’t do enough right to breach into “classic” territory. Again, it was good fun, just not amazing.

Alas, it appears I haven’t really loved a Burton film since 1999. Sigh. I love his work and appreciate his visual signature but he’s just missing something lately. Don’t get me wrong, MISS PEREGRINE is a fine film and definitely not a waste of time. It just feels a bit predictable and hollow for my tastes. All the characters are likable, the effects and powers on display are great, and there are a handful of very memorable images that may stick with you into the night. But at the end of the day, this is yet another Burton film bordering on classic but not quite hitting the mark. Watch MISS PEREGRINE on a rainy day at home with a cup of hot cocoa.