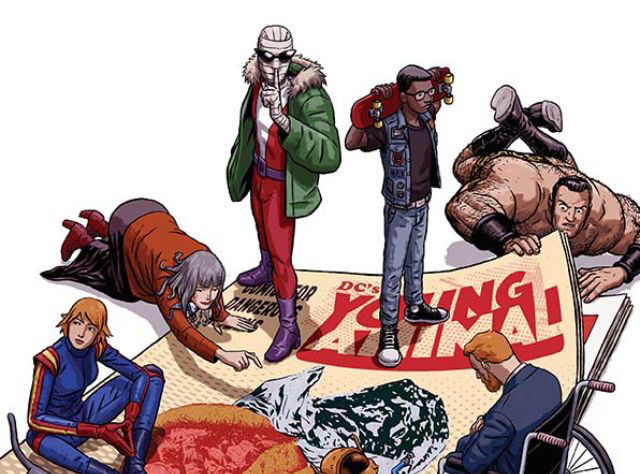 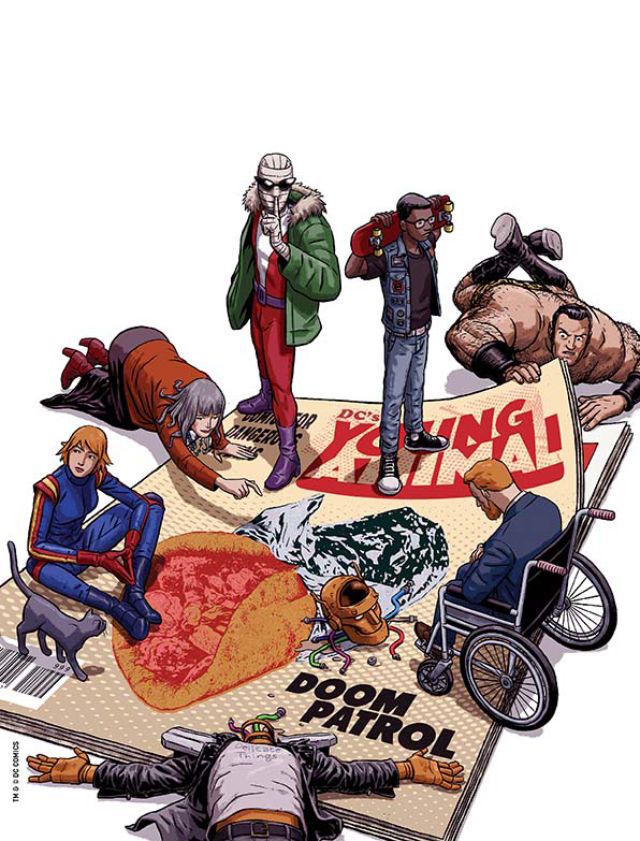 This is DC’s first book in their “Young Animal” line aimed at more mature, and dare I say “edgy”, readers. Basically, you’re not cool unless you are reading a “Young Animal” imprint. Jokes aside, you will actually be cooler if you read Gerard Way’s new iteration of DOOM PATROL. Yes the franchise has a long history, but that doesn’t mean that readers need to have any previous knowledge of DOOM PATOL to enjoy this book. It’s a brand new thing, and while there are nods to past iterations, it is definitely unique enough to stand on it’s own and have its own identity. Best part, DOOM PATROL is damn weird. A really likable yet oddly naive ambulance driver as a great female lead, a whole universe residing in a Gyro, a mysterious robot, a birthday music-gram sent when it’s nobody’s birthday, and a lion shot up with magical light arrows on steps leading to a throne. If any of that sound intriguing or cool to you, pick up this book. 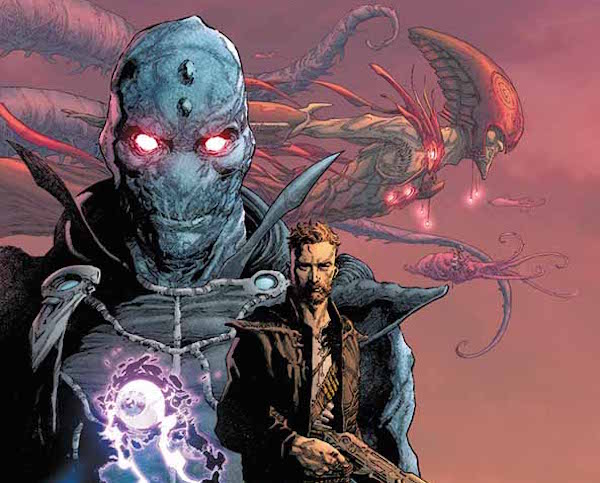 It’s definitely too early to label this the next “SAGA” but that really isn’t stopping anyone. I will say it was a damn good read and was chock full of mystery and intrigue. Reminder and Opena are a definite powerhouse duo and you can most obviously tell there is a lot of passion in both the words and art. I’m not sure what the hell is going on just yet, but it has a great DARK TOWER vibe going on. The universe created here is brimming with a great cast of characters, magic, demons, gods, cool ass creatures, and some intense action. Only time will tell if this is the next big thing in comics, and so far, all signs are point towards it being so. Well worth a read for those on the fence or those looking to be a part of something big from the beginning. 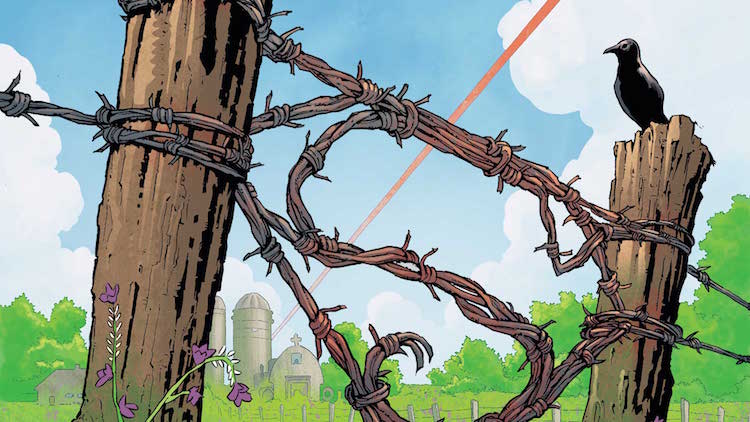 I’m just loving this new SUPERMAN reboot. I can’t tell you how happy I am having a Man of Steel book in my pull list that I can actually understand and enjoy. Besides offering iconic costumes, intense action, and great villains, SUPERMAN focuses on Clark and his family just as much as Superman the hero. This issue hit a sweet spot. It takes place in-between arcs and steps back a minute showing us Clark the family man just enjoying his family. Seeing him and his wife Lois alongside their son at county fair just having fun is perfect. That’s the farm boy I know and love! SUPERMAN is one of the greatest “DC Rebirth” book so far and is a must-read for fans. 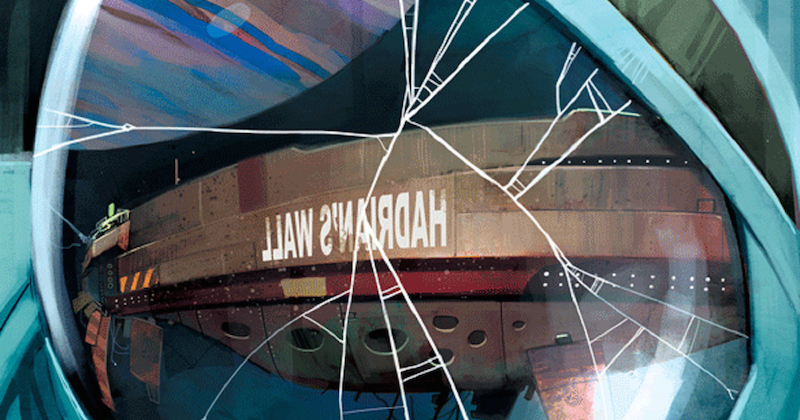 Dammit Image, I really can’t keep up with you these days. There are countless books that come highly recommended and now I think I have another to add to my seemingly endless list. I love me some sci-fi and this book hits a lot of the right notes. Murder mystery in space, exploding space helmets in deep space, a lead with a nasty pill habit and an angry ex, and some nice twists and turns all wrap up into a fun ass read and definitely has me craving more. Sure there are a few cliches in this issue (pill habit, crazy ex), but the good far outweigh the bad here. Very enjoyable read with equally enjoyable art. 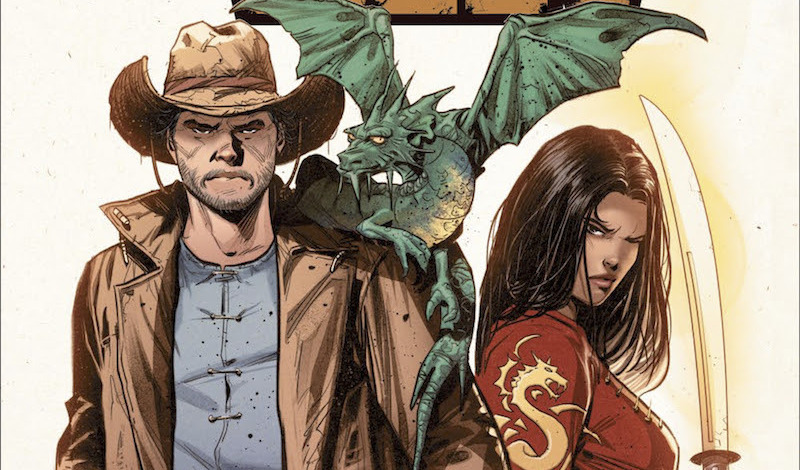 I hope you don’t have room for just one good Western-style comic with a touch of magic this month because KINGSWAY WEST is worth your time just as much as SEVEN TO ETERNITY. I would hate for this book to fall into its shadow because it’s damn good and definitely has me hooked. Our lead is a rough and tumble cowboy with an itchy trigger finger wit a shadowy past. Count me in. Not sure why mixing magic with the old West is so popular now, but I’m just fine with it as long as books like this exist. And dragons.