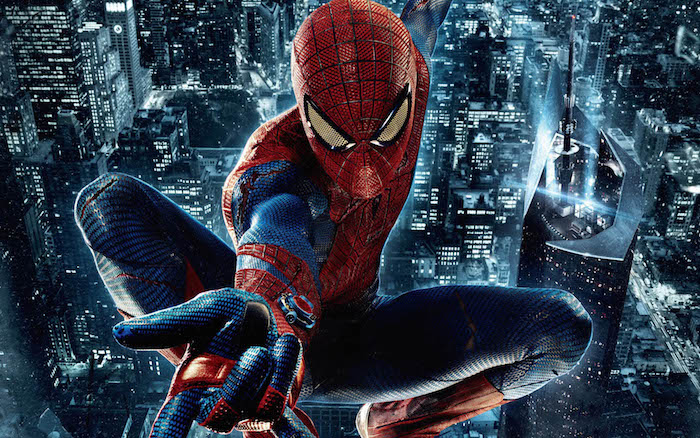 Mother of God, it happened.

I was actually on my weekly date night with my partner when this news dropped, so you have to excuse my delayed reaction to the biggest NERD news that has hit the internet in the past few years.  How was I suppose to know that the most mind blowing comic/movie/marvel/comic/scannersbrainexplosion news was going to drop on some random Monday in February?! I just wanted a quiet night of margaritas and casual hand holding!!

Its been a long time since I’ve seen a topic so heavily debated/prayed for in every NERD forum on the internet. ‘Will Sony ever pass along the rights to Spider-Man to Marvel and allow our favorite web slinger to prance around in the highly successful Marvel Cinematic Universe?’  All signs pointed to nope.  Even with the Sony leak giving us fans a glimmer of hope, the odds of Spider-Man ever returning to Marvel proper were as unlikely as Ben Reilly actually being the real Peter Parker. Then, it happened.  It actually happened. Here’s a bit from the official Press Release that has everyone putting on their Sherlock Holmes magnifying glasses:

“Sony Pictures will thereafter release the next installment of its $4 billion Spider- Man franchise, on July 28, 2017, in a film that will be co-produced by Kevin Feige and his expert team at Marvel and Amy Pascal…. Together, they will collaborate on a new creative direction for the web slinger. Sony Pictures will continue to finance, distribute, own and have final creative control of the Spider-Man films.”

The ramifications of this announcement also meant that Marvel’s previously established movie line up, for the next few years of film releases, would have to be fine tuned. Take a look at this:

So.  What the Frack does this mean? Well, it means that in July, 2017, Sony/Marvel will release a new Spider-Man movie that has our friendly neighborhood hero swinging down the same Manhattan streets as IRON MAN and CAPTAIN AMERICA.  Yes.  A Spider-Man Movie in the Cinematic Marvel Universe. Agent Coulson can actually shake hands with Peter Parker.  … Or Miles Morales…  I’m getting ahead of myself.

Now that the ink has dried, the reality of this deal is causing massive nerd-gasms across the entire webosphere.  Marvel currently has a few movies in production.  AVENGERS 2: THE AGE OF ULTRON and ANT-MAN. Also, CAPTAIN AMERICA: CIVIL WAR fits in somewhere on their docket.  The SPIDER-MAN movie is set to hit in 2017, but, that doesn’t mean that he can’t make appearances in the next few upcoming movies.  (You don’t even need to hire an actor, you just need a stuntman in a costume, swinging around making some sick ass banter) The reality of the situation is this… With the countdown clock already ringing on their next 3 movie releases, can they actually throw together (at least) ten minutes of well done teaser footage of Spider-Man swinging around in their universe and properly squeeze it into one of their upcoming movies? I can’t believe that they have enough time to re-write the CIVIL WAR script (A comic that relies heavily on Spider-Man’s involvement) to include friggin Spider-Man.  Spider-Man.  How do you write a comic movie that doesn’t involve Spider-Man and then just throw him in at the last minute.  You’ve just pushed back 4 movies to make room for this dude.  Are you telling me you’re just going to sloppily shoe horn him in to a movie that’s already well in the works? Nope. Nope. Nope.

The biggest buzzkill to this whole situation is that Andrew Garfield has probably spun his last web as Peter Parker.  He was MY Peter Parker. You can’t completely reintroduce a character into a new cinematic universe and use the same actor from the previous franchise.  It would be too confusing.  Where was Iron Man when Gwen Stacey died?  Why didn’t Nick Fury recruit Peter after he defeated the Lizard? Why didn’t Spider-Man assist with the alien invasion of New York City?  Although… Maybe so little time has passed that it would be in everyone’s best interest to keep the most recent recognizable face?  It also brings up the potential of introducing Miles Morales as the new Spider-Man.  It would erase the fact that you’ve just (yet again) rebooted Peter Parker and would allow for a clean character slate.  Personally, I think they should bring back Garfield as an older Spider-Man who is looking to retire and is currently in the process of training his replacement/protege, Miles.  That probably won’t happen, which means we should expect a new origin story in a couple of years.  But, really?  C’mon, Marvel! You know we are done with origin stories! Shit, just have Spider-Man show up and never explain aanything. Then, In his own movie, jump right into the madness! ARGH!  I have such a rage boner!  Spider-Man is going to be in the Marvel Cinematic Universe!  Oh God… Tony Stark is going to shake Peter Parker’s hand.  Captain America is going to tell him that he’s ‘doing a good job.’  Spider-Man is going to dodge punches from the Hulk. Black Widow’s curves will be acknowledged.  Perhaps Doctor Strange pulls him into their universe?  They were going to introduce alternate realities in his movie after all.  No, Doctor Strange needs to stand alone… Would they loosely adapt the current Spider-Verse story line to explain his sudden appearance in their world? …

Okay. I’m going to stop because the possibilities are literally, endless.

Let the speculation begin in the comments section below with your own wild and fantastic theories!