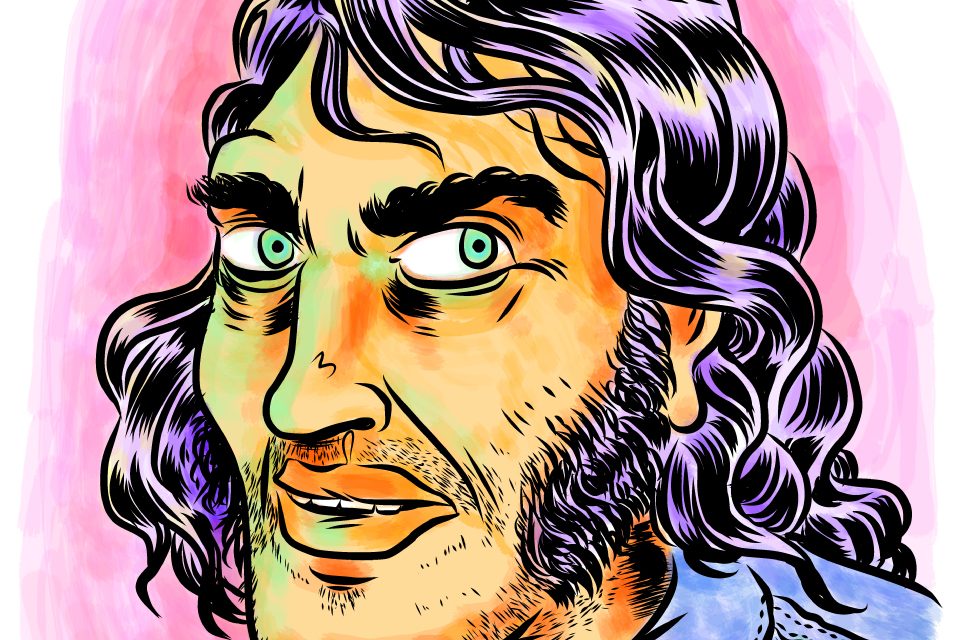 When I think of Paul Thomas Anderson (THE MASTER) I don’t tend to think of fun and funny, so I was understandably intrigued when I saw the trailer for INHERENT VICE, and I’m happy to say I was not disappointed.   The best way to describe the film is as a detective comedy, but that’s merely because I can’t think of a better description. The film is set in 1970 and the protagonist is Larry “Doc” Sportello, a private investigator who also happens to be hippie and avid drug user. His world gets turned upside down when his ex-girlfriend, Shasta, shows up on the run from some people, fills him in on a plot by her current lover’s wife and boyfriend to get her super rich developer lover committed to the loony bin so they can abscond with his money. Shasta leaves just as quickly as she arrives, but Doc has been baited and starts to investigate her lover, Mickey Wolfmann. However, before he can even get his feet under him he is framed for a murder, which doesn’t stick, and starts to discover that almost every person in town, including his deputy district attorney lover and a detective that has long harassed him, is looking for Mr. Wolfmann, but that he is nowhere to be seen. I’d elaborate more, but that would start to ruin the fun as this movie takes you down a winding rabbit hole but keeps you chuckling for the whole ride.

INHERENT VICE has a very creative storytelling process. As it is something of a detective film, it gives you a premise and then proceeds to give you various pieces of information in a slightly disjointed manner. While some of the pieces of the story fall easily into place, others are less obvious, and Anderson never assembles the jigsaw for you. This may sound like an infuriating storytelling device, bur I rather enjoyed having to work things out for myself, and it certainly gives the film a high rewatch value, which I am always a fan of. If you are one of those people who absolutely must know all the ins and outs of the story, than I suggest taking a note pad along, because there is a hefty amount of information to keep track of. Another note on the story that bears mentioning is that what you see is just as important as what is spelled out for you when it comes to the story. Pay attention to the people in the background of different scenes, because certain groups and players will continually pop up and it gives you clues as to what’s really going on most of the time.

The production was absolutely fantastic, which isn’t all that surprising given the director. Paul Thomas Anderson has a wonderful directorial eye, often focusing on less obvious angles that do a stupendous job of capturing the emotion of a scene, while letting the action take a backseat. This approach gives his movies a very unique look and plays a huge role in the comedic feel of INHERENT VICE, particularly in the various personal encounters Doc has while trying to dig his way to the truth. There were a few instances where this unique approach had an immense impact on the scene, one particularly instance to keep an eye out for is when it was used in a love scene with Doc late in the movie, as I felt it really heightened the emotion and gravity of the moment.

Complementing the outstanding directing was the amazing attention to detail in the rest of the production. As the movie takes place in 1970 in California, it is obviously going to need to look very different from today, and as far as I can see this was fully accomplished. Hair styles, clothes, cars, and the various sets and locations all look like they crawled out of a movie that was actually made at that time. Additionally, all the dialogue felt appropriate for the time period, particularly the various uses of slang that pop up with some frequency. This wonderful attention to detail makes it easy to lose yourself in this film and feel completely encapsulated in another time and place.

By far one of the best things about INHERENT VICE is the terrific cast. Joaquin Phoenix (HER) takes on the role of Doc and he delivers an outstanding performance. Phoenix infuses Doc with an incredibly insightful intelligence that can work it’s way through any problem but, since Doc is almost always on one kind of drug or another, Phoenix tempers this high powered mind with a laid back friendly attitude, composing a character that should be intimidating but is actually lovable. I am constantly blown away by Phoenix’s talent, as there isn’t a second you don’t believe he is actually Doc, and the fact that he delivers these kinds of performances on a regular basis just proves that he has reached the pinnacle of his craft. Providing the perfect opposite to Phoenix’s Doc is Josh Brolin (SIN CITY: A DAME TO KILL FOR) who takes on the role of Lt. Detective “Bigfoot” Bjornsen, a cop who seems to have it out for Doc, but who will still use him as a resource on occasion. Brolin gives a stellar performance, easily portraying Bigfoot’s tough and unforgiving demeanor while simultaneously playing straight man to the colorful characters that continuously make appearances throughout the film. Owen Wilson (THE GRAND BUDAPEST HOTEL) steps into the role of Coy Harlingen, a man who is in a bit over his head but doesn’t know how to get out of his circumstances. Wilson was a great cast for this role as Coy is a bit out of his depth but seems to have a heart of gold; this type of character is old hat for Wilson, so it was no surprise he delivered a solid performance. I wish I could say that Katherine Waterston (TV’s BOARDWALK EMPIRE) had been on my radar before this movie, but for some reason her performance in Boardwalk never caught my eye the way she did in Inherent Vice. Waterston plays Shasta, and while she doesn’t have a great deal of screen time, she is captivating every time she does appear and her presence is outstanding. I hope to see her land some more substantial roles in the future because, based on her performance, she may just be one of the most underrated actresses in Hollywood. I want to take a moment to mention Hong Chau (TV’s A TO Z) who played Jade, a woman running a massage parlor/brothel who keeps popping up throughout the film. Chau delivered a memorable performance, giving Jade and air of mystery while simultaneously portraying her as someone you feel you’ve known for years. This bizarre combination made her a favorite of mine and I hope she lands more prominent roles in the future, because she should be more than just a background player.

While I’ve already been rather long winded with the cast, there were so many fun cameos and small roles in the film that I want to at least give credit to some of the more noteworthy and memorable cast members. So when you see the movie keep an eye out for Reese Witherspoon (MUD) as Deputy DA Kimball, Benicio Del Toro (GUARDIANS OF THE GALAXY) as Sauncho Smilax, Esq, Michael Kenneth Williams (TV’s BOARDWALK EMPIRE) as Tariq Khalil, Jena Malone (THE HUNGER GAMES: MOCKING JAY PART 1) as Hope Harlingen, Martin Short (THE WIND RISES) as Dr. Rudy Blatnoyd, and Maya Rudolph (BIG HERO 6) as Petunia Leeway.

If you’re looking for some fantastic fun with a retro feel, then check out INHERENT VICE. It has amazing performances, a fun and engrossing story, and some very respectable production values. So if you want an escape from the high drama of most of the major award contenders at the theatres right now, head on out and give this movie a watch, you’ll be glad you did.