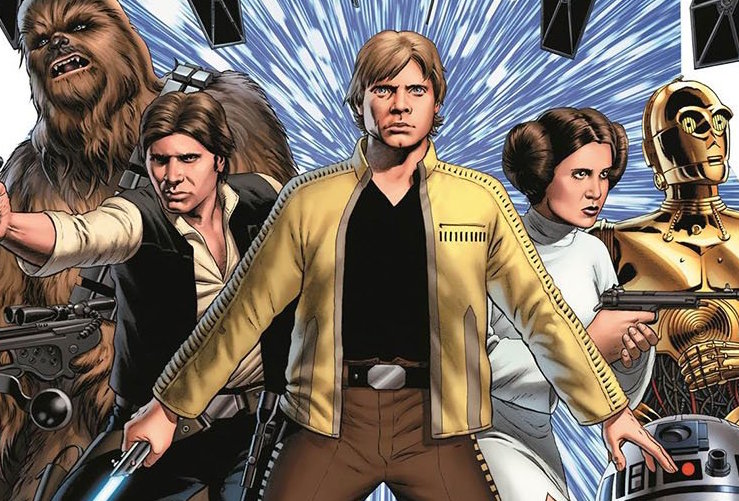 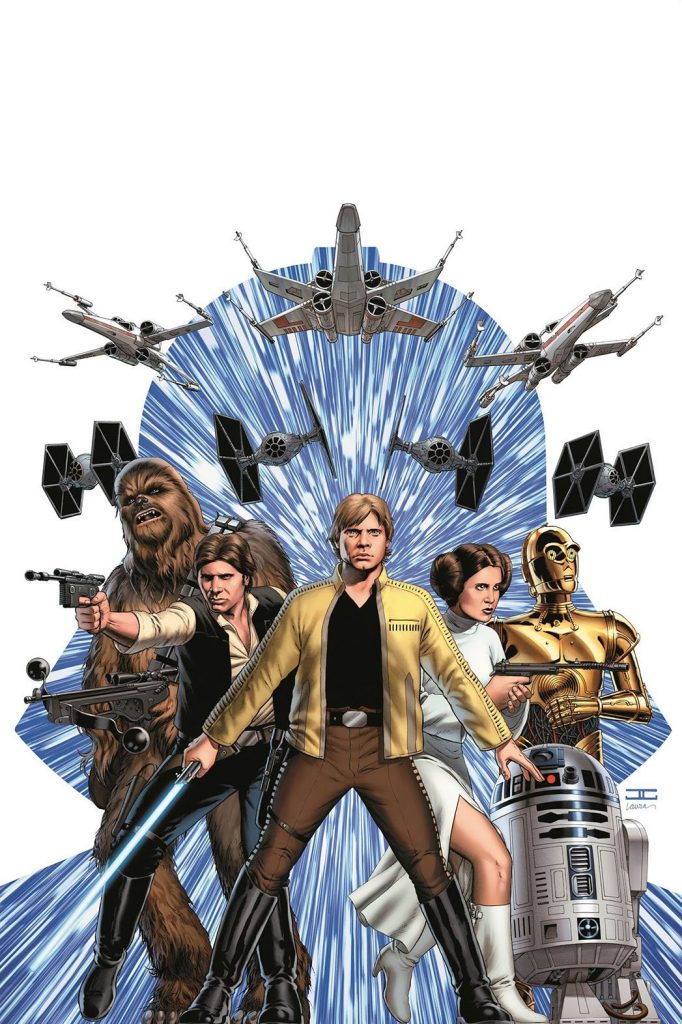 STAR WARS is back with Marvel Comics after its extremely long lasting and prosperous time with Dark Horse. The official STAR WARS canon has been reset basically making every novel and comic book from the past its own separate universe (now dubbed “Legends” for those keeping score at home). Sure lifelong and dedicated fans will be upset, but newcomers and those yet to dabble in the expanded universe will feel nice and comfy knowing its all starting from scratch. STAR WARS #1 is the first comic book in the official canon and I have to admit it’s pretty damn good. Set directly after the events of A NEW HOPE, readers are immediately thrust into the universe and nostalgia for the original trilogy quickly sets in with plenty of nods fans will be able to enjoy. Aaron captures the personalities of each character wonderfully recapturing a bit of that magic fans felt upon first viewing the film. And artist Cassaday really hits a home run here with the character likenesses and creative yet classic feeling panels. It’s a shame he has a reputation as the artist to kickstart a series as I fear his time with this book won’t be long. In any case, this new STAR WARS ongoing series is damn great so far and I can’t wait to see where it all goes from here…May the force be with this one…or something like that. 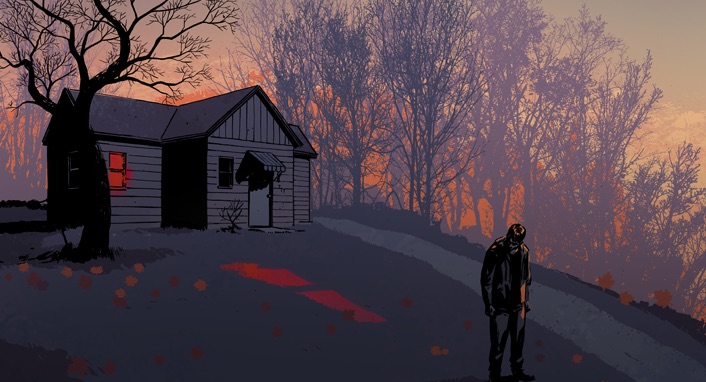 Writer Robert Kirkman as dominated the masses with his huge hit THE WALKING DEAD and has conquered the Superhero genre with INVINCIBLE. Now he’s set his sights on demonic possession and the supernatural. Count me in! OUTCAST is a wonderfully written, engaging and engrossing tale about a man named Kyle Barnes who has been haunted by demonic possession his whole life. This is a gritty, dark, and often eerie book that actually creeps me out quite often…in a good “wow this is good” kind of way. While I’ve been reading these issue to issue, I highly recommend reading this collected volume instead. I just think this title reads better that way. And don’t get me started on the gorgeous art by Azaceta. His talent for facial expressions and mannerisms using a minimal amount of lines is breathtaking and must be seen to be believed. The rich story, deep characterization, and all star artwork here really adds up to one of the best new books on comic shelves today. 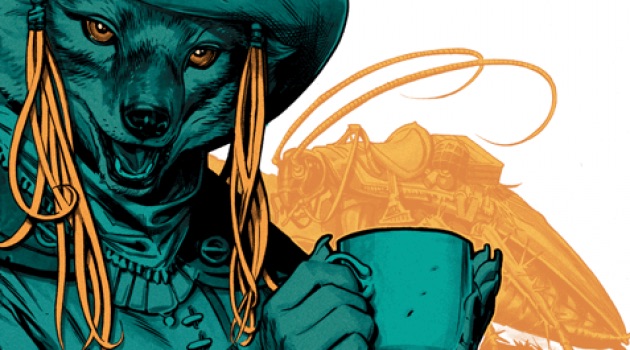 The first couple of issues of TOOTH & CLAW were surprisingly engaging reeking of “this could be something truly special”, but issue #3 is where things all snapped into place for me and I can honestly say “this book IS something special”. Yes my friends, this may be one of the coolest Image titles since SAGA, and if you aren’t reading just yet, get on it already! A vast civilization of human-like animal creatures who wear clothes and practice powerful magic destroy their sky bound town whilst summoning what they think is the ultimate warrior and savior of their world. Sounds pretty awesome right!? This third issues really fleshes out some of the main players and introduces some new and interesting character dynamics. It also introduces a cool new character that stirs things up a bit and may have some nefarious anterior motives brewing. A very engaging read that solidifies this title as a “must-read”. 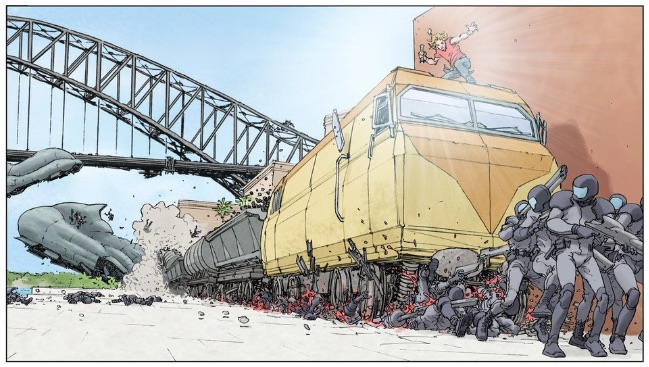 Oh boy, I just love JUPITER’S LEGACY, but I feared the worst when month after month I waited for issue #5 to release. I almost gave up on it until it just appeared on the store shelves one day. Writer Mark Millar (yes, the dude who wrote KICK-ASS) brings us another superhero epic involving 2 children of the world’s greatest heroes as they struggle to fill some big shoes having superpowers of their own. This issue brings a wonderfully manipulative villain to the forefront causing some insanely epic battles and a handful of game changing events. And artist Frank Quitely dominates each and every page here with some astounding work. I often spend countless minutes drooling at his panels admiring his relentless attention to detail. Quitely is hands down my favorite comic book artist and anything he works on is instant gold if you ask me. This issue marks the end of what is dubbed as “Book One” and successfully concludes a few story arcs while paving the way forward in an interesting and bold new direction. Whether its months or years, you can be damn sure I’ll pick up the next issue as fast as they can put it on shelves.

Seeing how Marvel is about to release an ANT-MAN film this July, it comes as no surprise that the comic book is being relaunched to reintroduce the character to fans as well. Starring Hank Pym, ANT-MAN does a wonderful job of re-establishing the character in the current Marvel Universe. This double-sized issue is quickly paced (sparring us of a full-on origin story…phew), wonderfully drawn, and actually pretty damn funny and enjoyable. Anyone who enjoys the tone and style of the current HAWKEYE book will feel right at home here. I never thought I would recommend and ANT-MAN title, but for better or for worse, I am now.