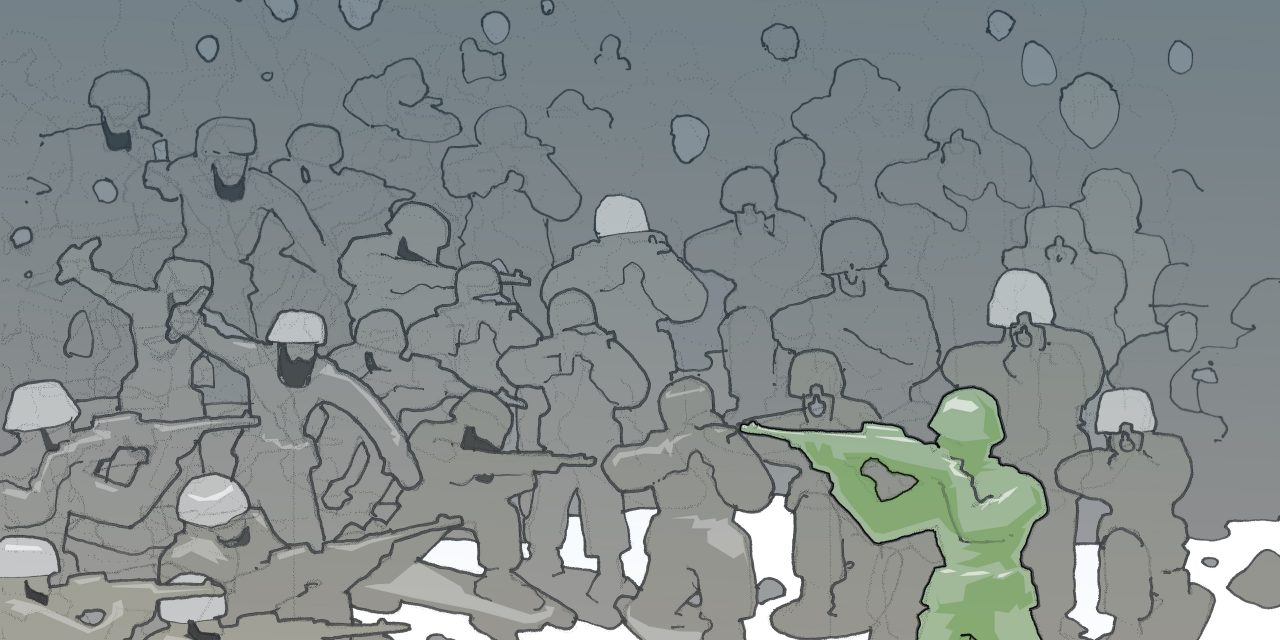 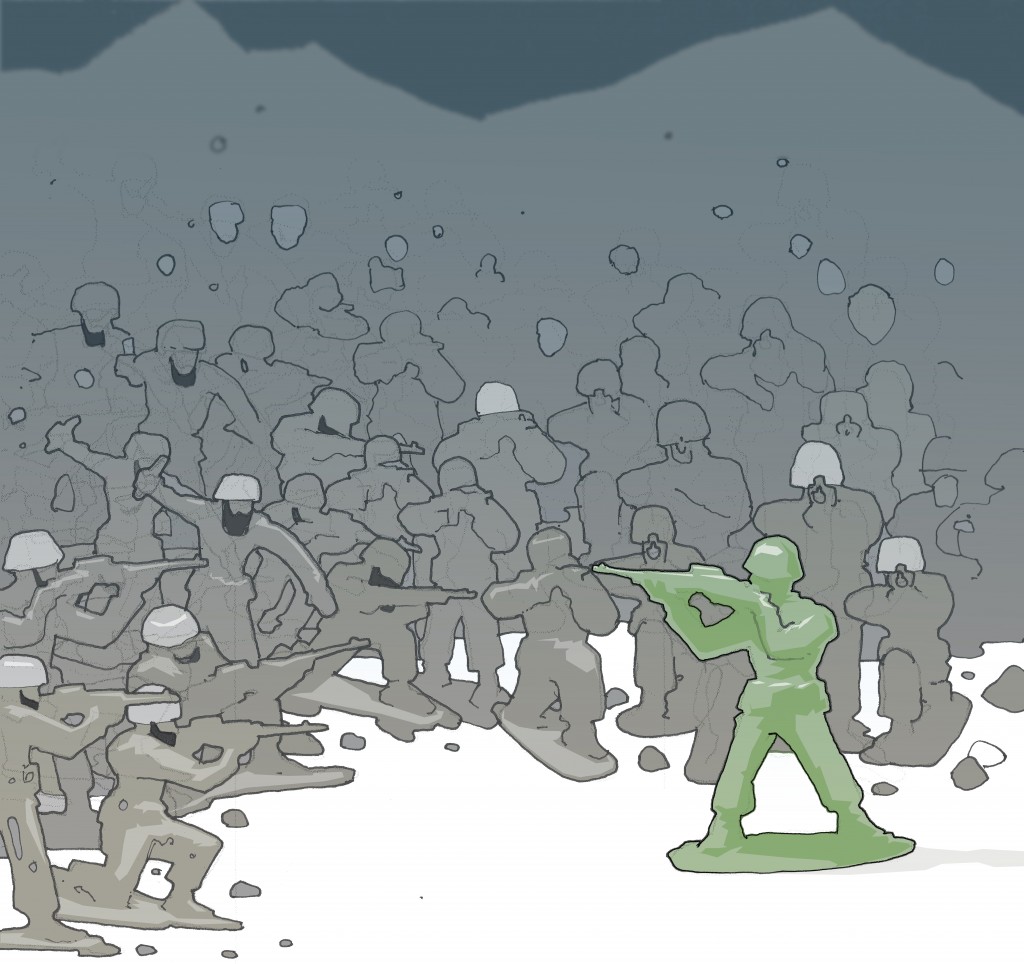 I’m not a very political person. And I will be the first to admit that I’m pretty ignorant to most of the things our country does in the name of defending itself. By no means does that suggest I do not have respect for all the men and women of the armed forces, because I do, but I suppose what I am getting at is that a film of this ilk is not usually on my radar. I suppose me seeing LONE SURVIVOR is fitting since it clued me in on a tragic battle I was previously unaware of. LONE SURVIVOR tells the true heroic tale of 4 soldiers who are stationed in Afghanistan tasked with eliminating a Taliban leader responsible for over 20 soldier deaths. Their seek-and-destroy mission is called “Operation Redwing” and things go sour quickly for the quartet when they are spotted by a small group of local herders who rat them out after the four decide to let them go instead of killing them all. It’s a very serious morality choice (kill them and live, or let them go and take your chances), and I’m sure it will get audiences thinking about what they would do in their position. And it does not take rocket science to figure out what happens to the four if one were to simply think about the title of the film for five seconds.

LONE SURVIVOR is directed by Peter Berg (HANCOCK) who I believe to be a much more capable film maker than most people give him credit. Sure he made BATTLESHIP, but I’d be a liar if I said the man didn’t put his heart and soul into every project he tackles. LONE SURVIVOR is no different. It serves more as a glorified tribute to the men who fell than a completely realistic telling of the actual story. At least I’m assuming so since a lot of the character actions and deaths seemed a bit over the top and cinematic. The four heroes jumping off a cliff together in slow motion with bullets flying and the long-winded and glorified deaths of some come to immediate mind. It definitely felt at times that realism was pushed aside for the sake of tribute and a good old fashion action sequence. Some may argue that LONE SURVIVOR came out way too early (the event happened in 2005), and furthermore, some may argue that the film was not necessary at all since there was already a book written by the lone survivor himself which can be purchased HERE. I tend to lean towards the idea that this story would be much more impactful and respectful in the form of the book and/or a documentary. There were definitely times I felt uncomfortable watching these men get graphically torn to shreds, and I could not even fathom how a family member of one of the deceased could get through this film. Maybe I’m being overly dramatic with that concept, but it’s almost all I could think of during this film. The long Hollywood-esque action sequences being  book ended by real-life photos and videos of the soldiers drove home my uncomfortableness even more. I understand the intent is respect and just hope the families of the victims see it that way too.

If there is one message here besides survival, it’s camaraderie. These boys stuck together through thick and thin and their brotherly love for one another is a shining point in this film. Sure there could have been more time spent on humanizing these characters a bit more (hence the book-ended real-life photo montages meesa thinks), but I believe it’s evident that these guys were very easy to relate to and they were very likable people with a good sense of humor and an even stronger sense of duty. The four main heroes LONE SURVIVOR focuses on are Marcus Luttrell (author of the book the film is based on) played by Mark Wahlberg (2 GUNS), Mike Murphy played by Taylor Kitsch (JOHN CARTER), Danny Dietz played by Emile Hirsch (SPEED RACER), and Matt Axelson played by Ben Foster (3:10 TO YUMA). Other notables include Eric Bana (HANNA) portraying commanding officer Erik Kristensen and Alexander Ludwig (THE HUNGER GAMES)as a younger recruit by the name of Shane Patton. All the actors here do a respectable job portraying these characters. They all come across as caring and respectable individuals serving the country they love. While I would have appreciated a deeper look into their respective lives, there really wasn’t much time considering the script had these men knee deep in their plight relatively quick into the film’s 2 hour run time.

The pacing in LONE SURVIVOR is quick. The main battle is brutal and intense. And there really isn’t any time to take a deep breath here. Once the first shots ring, our main heroes are getting shot to pieces, thrown around, and tested to the extreme. There is no doubt this is and entertaining film with lots of action that is heightened by the fact that it’s all based on reality to some degree. It’s also worth noting that I really appreciate the time they focused on showing us that not everyone in Afghanistan is a Taliban member, and that there really are people living in this part of the world that don’t agree with them and are compassionate and caring. It’s a rare thing to see in a war film such as this and was greatly appreciated.

What we have at the end of the day is a film that aims to pay tribute to the men who lost their lives and the one who survived during “Operation Redwing” that leans more towards action and suspense rather than the in-depth character piece this could have been. I understand the film wanted to chronicle the actual battle, but I just wish I had more time with the characters beforehand to add some gravity to their plight. While some of the action elements may have gone too over the top teetering on fiction, the suspense and stress here was real and effective. This is thanks mostly to the stellar cast of characters and high profile actors owning their roles. And while I believe this story works much better as a book and/or documentary, I have to commend the effort and care director Peter Berg put into it. This could not have been an easy film to make so I give credit for the effort. If you are on the fence and are interested or curious about this story, I think LONE SURVIVOR would be well worth a rental down the line.