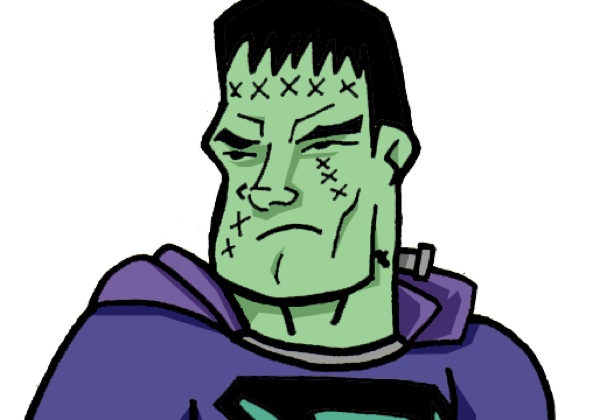 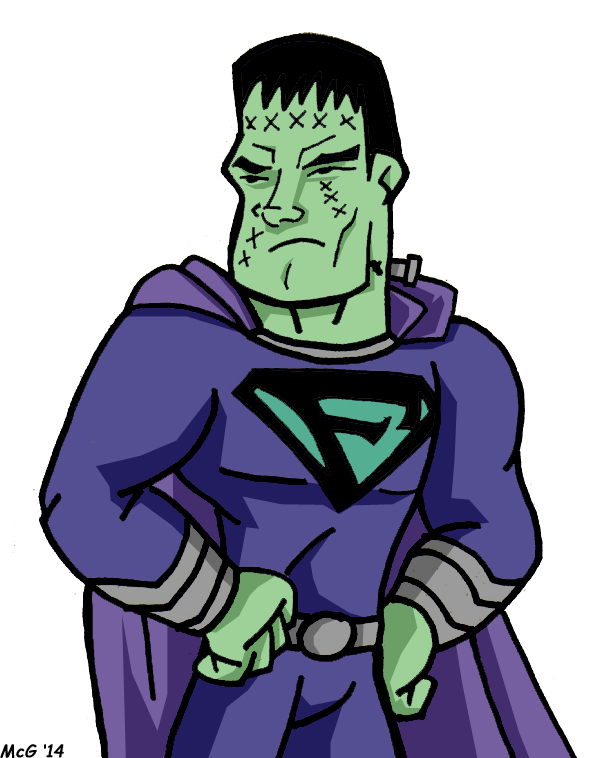 I’m such a sucker for “so bad, they’re good” films that I’m able to forgive a lot from the likes of ROCK OF AGES, WHITE HOUSE DOWN and now I, FRANKENSTEIN.  And this is not a good movie by any stretch of the imagination.  But it is one of those diamonds in the rough: an eye-catching visual treat chock full of nonsensical concepts, multiple plot holes and so much unnecessary self-seriousness that it delves into unintentional hilarity.  This is a perfect companion piece to the slew of enjoyably terrible horror-action films that we have been witness to in the past decade or so (such as the UNDERWORLD series and VAN HELSING) where the classic monsters of yesteryear get turned into full-on superheroes surrounded by all the overblown spectacle inspired by video games and THE MATRIX.  Sure, they’re not going to be dominating Oscar season or even holding a special place in your long-term memory, but at least such films are entertainingly silly enough to make an eventual viewing worth your time.

The first 2-3 minutes of the movie provides a quick backstory for Dr. Victor Frankenstein’s re-animated corpse creature, played by Aaron Eckhart (OLYMPUS HAS FALLEN), who then proceeds to make his creator’s life a living hell and eventually drives him to his demise.  All in all, these opening scenes are a somewhat faithful summarization of the Mary Shelley classic up until where it deviates by having the creature lay his “father” to rest in the family plot.  The sole focus of his hatred now gone, Frankenstein’s creation now finds himself without purpose or direction, a being unable to find acceptance in the human world…and then the heroes from Disney’s GARGOYLES cartoon show up to name him “Adam” and recruit him into a secret centuries-long war against demons from BUFFY THE VAMPIRE SLAYER and ANGEL.

Honestly, you can’t even accuse the film of besmirching the original Frankenstein story since what follows has absolutely nothing to do with Frankenstein save the idea of re-animation playing into the storyline.  With the briefest amount of kudos having been given to the source material, I, FRANKENSTEIN proceeds to dive into its own mythology of supernatural holy warriors, fish-faced henchmen and re-animated rat puppets.  Action scenes are relentless, but at least they’re captivating.  Creature designs and make-up are simultaneously effective yet goofy.   The plot and dialogue are the most cliched and overwhelmingly generic kind of writing you will be subjected to in a long while, but the actors still try to take the material so seriously that stone-faced performances turn into instant comedy gold.

To say that the cast is doing the best they can with the material given is an understatement.  Eckhart does his darndest to convey Adam’s isolation and quest for identity, but the scripted dialogue gives him nothing much to go on aside from scowling, hitting people and goofily yelling his head off during a hilarious demonic possession scene.  Jai Courtney (A GOOD DAY TO DIE HARD) plays a gargoyle enforcer who I think is supposed to be having a crisis of faith, but without any further exploration into character motivations, just comes off as your typical “antagonist-turned-ally” stock character who pouts a lot.  Miranda Otto (WAR OF THE WORLDS) plays the all-important Gargoyle Queen (wow, that sounds monumentally dumb!) which basically means she gets to deliver exposition throughout the entire film and do nothing else.  Oh, and Yvonne Strahovski (KILLER ELITE) plays a scientist.  Awesome.

Thank God for Bill Nighy (THE WORLD’S END), the only actor who seems to be in on the joke and is hamming it up as much as he can as the villainous demon Prince Naberius (for real, that’s his name).  He glides through scenes so matter-of-factly with a quirky gesture or facial tick here and there, confusing his underlings with grandiose villain speeches and snapping doctors’ necks with a scaly flipper hand.  You can tell he’s clearly there for the paycheck, but at least he’s having fun!

As for the main story…honestly, does that even really matter at this point?  You’ve got cartoonishly CGI gargoyles blowing up demons in the deserted streets of some (allegedly) bustling unnamed European city.  You’ve got Bill Nighy dressed up in a Dracula cape and lizard make-up bellowing satanic incantations.  You’ve got Aaron Eckhart completely disregarding the concept of “doors” as he crashes through windows and skylights because…because!  Who has got time to care about a plot with all of that going on?  Did you really care why Kate Beckinsale’s vampire heroine was doing what she was doing in the UNDERWORLD films?  Not really, but she sure kicked ass, right?  Do you remember anything about the motivations of Jackman’s Van Helsing?  No, but he looked tough!  Were the Brendan Fraser MUMMY movies the pinnacle of high art for you?  Probably not, but holy shit did that CGI Scorpion King monster look bad!

Don’t get me wrong, this movie earned every single cent I threw its way with its sheer badness.  The idea of Frankenstein’s monster living in modern times could prove as a solid foundation for a more thought-provoking and grounded type of film, but I, FRANKENSTEIN seems content to cram as much silliness in and makes its main character a glorified superhero amidst goofy-as-hell fantasy creatures.  And honestly, that’s just fine by me.  The world needs these type of films that are gloriously awful that they come right back around to being exquisite.  Though I wouldn’t recommend paying to see it in theaters, it is definitely worth checking out either on television or as a cheap rental for a “bad movie night” with friends and drinks.   As a film, I, FRANKENSTEIN is a wreck.  As an experience…oh, my…

Check out Mike’s McGTV v-log on I, FRANKENSTEIN!  CAUTION- may contain explicit language:

And check out his comedic review of Kenneth Branagh’s 1994 take on Frankenstein: