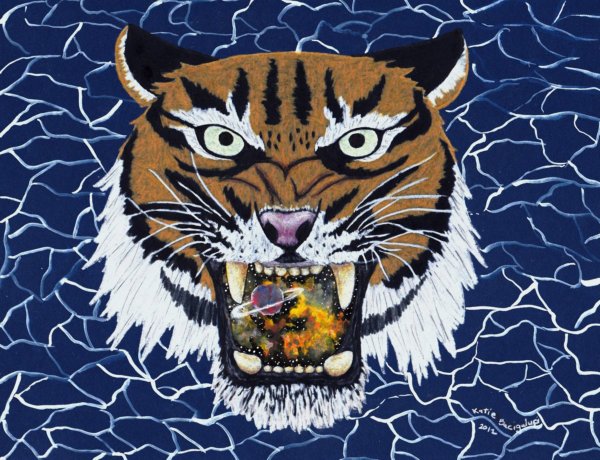 LIFE OF PI directed by visual master Ang Lee (CROUCHING TIGER, HIDDEN DRAGON) is based on the novel of the same name by author Yann Martel. It tells the tale of a young man named Pi Patel (played by Suraj Sharma in his first featured role) who survives a disaster at sea while him and his family are transporting animals from their family-owned zoo. Tragedy ensues and the young man is stuck on a life boat with a variety of animals including a fierce Bengal Tiger by the name of Richard Parker.

Reviewing films based on books I have read has often proved difficult. There are a few ways to look at things. On one hand I can approach the film as a re-imagining of something I already adore, or I can look at it as a companion piece to a book I adore, OR BOTH! In this case, I think I will go with option 3; BOTH. While LIFE OF PI will in no way replace the love I have for the book, it is still a very worthwhile film to experience and serves as a wonderful visual companion piece to go along with the memories I have of the book. Other films I can think of off the top of my head that do this include THE ROAD based off Cormac McCarthy’s masterpiece, THE GOLDEN COMPASS (my favorite book!) based off Philip Pullman’s “HIS DARK MATERIALS” trilogy, and THE MOTHMAN PROPHECIES by John A. Keel. I can now add LIFE OF PI to that wonderful list and would highly encourage anyone interested in this film to check out the novel. Alright, enough ranting, back to the actual movie review.

The first thing one will notice about LIFE OF PI is its very distinct visual style. Director Ang Lee puts his heart and soul into each frame and is a true master of his craft. It is extremely evident here that he cares about this story and young Pi Patel’s journey. While there are a few obvious omissions here from the book, I can safely say that what I saw was very close to what I imagined while reading the book and then some! Lee has a beautiful talent for exploring perspectives. For example, a simple shot of a man swimming in a pool can easily be done by just showing us the pool with the man in it at a serviceable angle and distance. What Lee does in looks at the scene, evaluates all the different angles one could imagine, and then chooses the most unique, and/or beautiful. With the example of the man in the pool, Lee decides to shoot the scene from beneath the swimmer (underwater) with the cloudy sky above as the background creating a serene and calming set of blue and white colors that simply look surreal. This is just one out of a handful of examples I could pull from this film that showcases Lee’s masterful vision. I could not find a screen grab of this moment, but I encourage all to see this film (in the theater!) to see for yourself. 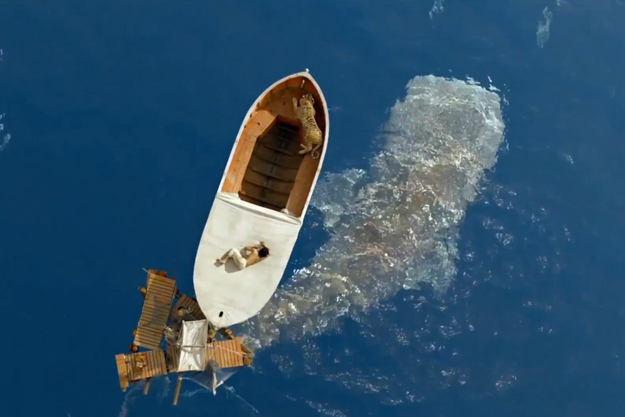 This story really works well on screen. There are moments of beauty and serenity, there is danger, action, and even a bit of romance. I thoroughly enjoyed the entire experience and felt the pacing of the film was just right. There were no dull moments and I often found myself contemplating how I would survive in a similar situation. This is definitely the type of film that has to sit for awhile for you to fully appreciate. It will stay with you long after the credits and is truly memorable both from a storyline standpoint and as a visual masterpiece. Even though you may be able to tell that a lot of the animals and set pieces are computer generated, it is never distracting and actually looks quite amazing. The technology on display here is most impressive.

A lot of the credit to this movie does need to go to the main star Suraj Sharma who I have never seen before. LIFE OF PI is for the most part a one man show and Sharma has a wonderful screen presence that is full of emotion and grace. I’m a fan. Besides Sharma, we have Irrfan Khan (SLUMDOG MILLIONAIRE) who gives a wonderfully stoic and peaceful performance as the adult Pi Patel as well as Rafe Spall (PROMETHEUS) as a writer who wants to tell Pi’s story. All these main players give great performances. There are a handful of other characters such as Pi’s family (father, mother, brother) and a few people from his hometown (girl he has a crush on, teachers, and students), but the real star and focus of the story is Pi himself. The animals are also central characters, especially the Bengal Tiger Richard Parker. I am reminded of RISE OF THE PLANET OF THE APES and THE GOLDEN COMPASS which both had comparably realistic animal characters that were the centerpiece of some emotional moments. Lee does a great job getting audiences to have a connection with these digital creatures. 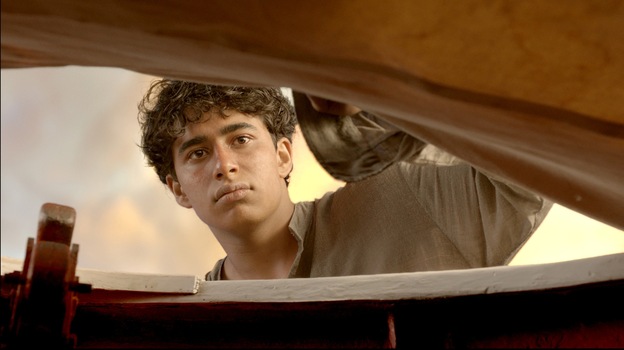 If you have never read the book and are not planning on doing so, I think you are in for a real treat. Part of me does think I would have loved this movie even more if I had no knowledge of the book. Does that mean I wish I never read the book? Absolutely not. It was a great story and written very well. What I (as a reader of the novel) am left with is a beautifully shot film that accurately portrays the story I read. It is both a wonderful companion piece to the novel and a visually stunning re-imagining of the story. There were a few moments I wish would have make it into the film (the cook comes to mind), but nothing that ruins or destroys my opinion of the final cut of the film. No matter what way you approach this film you are guaranteed to witness a wonderfully beautiful film with great actors, cool effects,  and some intense and emotional moments. I simply cannot wait to buy this film on Blu-Ray and see it in all its HD glory at home. LIFE OF PI comes highly recommended and should be seen in theaters if you are even remotely interested.