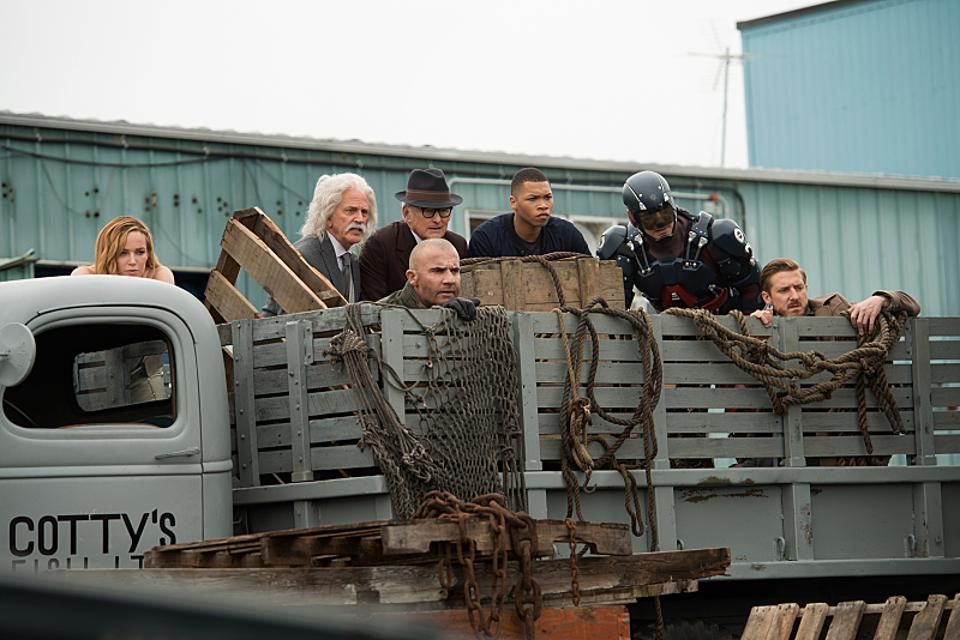 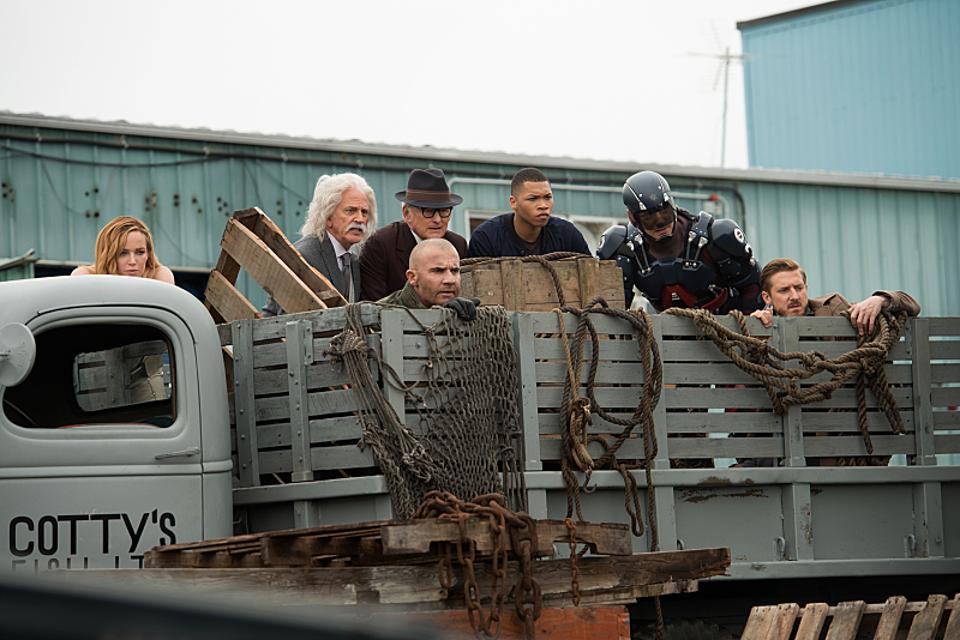 Legends of Tomorrow / The CW

We’re the Justice Society of America and were here to kick your dicks off!

I was expecting the season premiere of LEGENDS OF TOMORROW to be good and… hooboy… was it pretty damn good. When LEGENDS was first announced, I immediately fell in love with it. You have this pocket universe being formed on the CW with ARROW and FLASH. You got characters regularly crossing back and forth between shows. Everything matters. Everything has consequences. It’s the tits. Then, you bring along a team of super bad asses traveling through time trying to kill an immortal tyrant? Check, please! As dope as all that was… Season 1 of LOT felt trapped by it’s conceit. They weren’t free to just have fun in the timeline. Doctor Who is great because he is free to do whatever he wants. Whenever he wants. Wherever he wants. “What sort of jolly good adventures shall we get into this time, mates? Tallahassee!” Or whatever. Everything that the Legends ended up doing in season 1, had to be somehow linked to Vandal Savage. Don’t get me wrong, season 1 of LOT was gangbusters. Still… It felt confined. Obviously, someone in the head office also felt this way and decided to just throw the awesome into a fan and let it splatter everywhere in Season 2. This season already feels like an improvement on season 1. It feels… Unencumbered. Doper. Fresher.

So… It appears that the villain of this season of LEGENDS OF TOMORROW is all thanks to Barry Allen and his inability to let things in the past stay in the past. GROAN. When Barry traveled back in time to save his mother from being murdered by the Reverse Flash, he created an alternate timeline called ‘Flashpoint.’ (If you read our FLASH season 3 review, then you already know what’s up.) When Barry asked Thawne to go back in time and kill his mother (Again) you got the impression that this sort of saved Thawne from being erased from the timeline. When you’re outside of time, you’re immune to changes occurring with it. (I hate Nazis.) Now, Thawne is back, baby and he’s filling fields with all the shits he don’t give. Introducing Thawne as the villain is interesting because we never really got into what his deal was. When we met him on the FLASH, all he seemed to want was to getting revenge on the Flash. Correction. He wanted to train the Flash so that he could be skilled enough to get him back to the future where he belongs. “Marty!” Free to move throughout timeline again, Thawne is back to doing what he does best, which seems to be messing with the timeline for his own benefit. While Barry has decided to not travel through time any more, that leaves it up to the Legends to track down Thawne and stop him. How cool is that?? The Reverse Flash is the main villain on LEGENDS OF TOMORROW! At least, I think he’s the main villain? Gulp.

I’m hooked. You got me, LEGENDS OF TOMORROW. We got no time masters causing trouble.  Vandal Savage is dead? Rip Hunter is AWOL? We got a Daniel Jackson helping out with all the nerd stuff. Ugh. I am so happy that Mick is still on the show. He was my favorite character last season and I think he still may be my favorite character this season. I like that they’re developing Sara Lance to be more than just an assassin. The Atom is still a boy scout, but I love that we got to see him fighting a dinosaur.  This season is going to be so great. Shit. I haven’t even mentioned the Justice Society of America showing up at the end of the episode.  UNNNFFF.  SO GOOD.