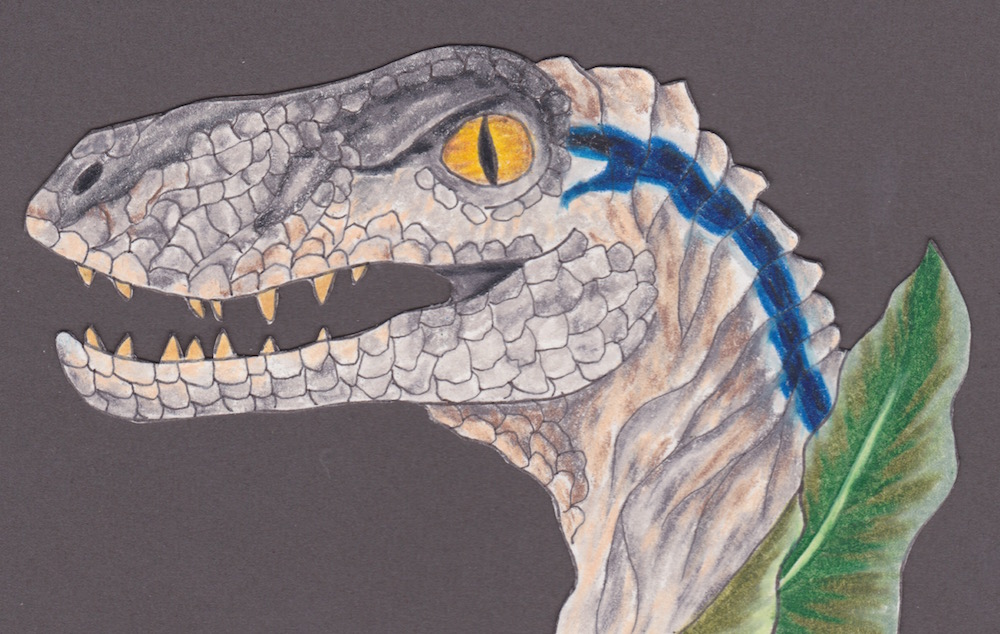 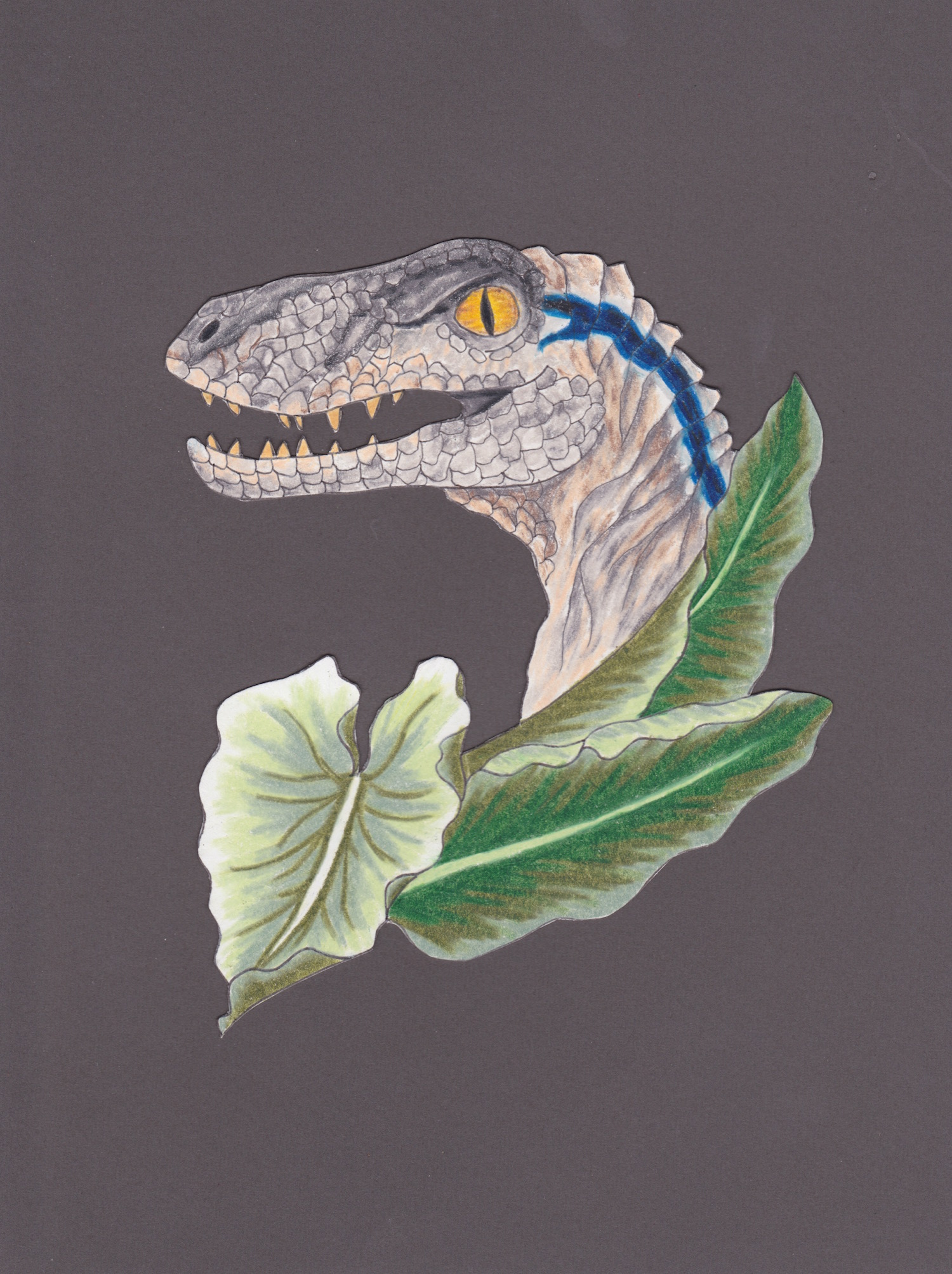 Yes my friends. Dinosaurs. Simply having these beasts featured in a multi-million dollar summer blockbuster makes this one a winner before I even bought my damn ticket. Having it star Chris “freaking Star Lord” Pratt doesn’t hurt things either. Make no mistake my friends JURASSIC WORLD is a blast from beginning to end and well worth your hard earned dough. Just keep your expectations realistic, try not to compare it to JURASSIC PARK too much, and have some fun at the movies. And dinosaurs.

Did I mention dinosaurs are in this film?

Can you believe it’s been 22 years since the original JURASSIC PARK film blew our collective minds back in 1993? Yeah, me either. We’ve revisited the franchise with 2 sequels (that I loved) that never quite recaptured the magic of the original, but I believe this 4th installment has changed that. While JURASSIC WORLD can be viewed as a sequel, with many nods to previous films, it works equally well as a full-on reboot. With the exception of Doctor Henry Wu (BD WONG) working in the shiny new lab and the aforementioned nods to the original, everything is pretty much new here and anyone can really just dive right into the fun. The film takes place many many years after the events of the previous installments and John Hammond’s original dream of a dinosaur theme park is not only a reality, but is a huge success making millions of dollars. As public interest wains and people tire of the same old dinos day in and day out (good commentary on being jaded), the park decides to genetically modify a new breed of beast to “wow” the public once more and…well, you can probably guess shit hits the fan. The new dino they crafted, the Indominus Rex, turns out to be one smart son of a bitch with big ass teeth and hands that actually work…yeah, I’m looking at you T-Rex. During the first half of the film you actually feel like a guest at the park as you explore all the new attractions and see all the cool dinosaurs. It’s really a nice blend between something like Universal Studios and a big city Zoo. Once the beasts get loose and the mayhem ignites, the film quickly turns into a high octane action film where lots of people run, scream, and die OR become bad asses and ride a motorcycle amongst trained Raptors. My point is the formula here works great, the pacing is super smooth, and the nostalgia factor for the original is high.

Knock knock…whos there? There are dinosaurs in this film.

Since JURASSIC WORLD is mostly a franchise refresh, you won’t see any of the original main players this time around. Sorry Grant and Malcom fans. But you know what, that’s just fine because the new cast of characters is pretty fantastic. In traditional JURASSIC PARK fashion, we have some strong child actors taking the lead in the form of brothers Zach (Nick Robinson) and the younger Gray (Ty Simpkins) who both do a great job at being believably scared, angsty, and genuine. The boys are visiting their estranged Aunt Claire (Bryce Dallas Howard) who obsessively runs the park and is completely immersed in her job neglecting the youth other than giving them a pretty bad babysitter (Katie McGrath) and an all-access VIP pass to get on each attraction without waiting. When the going gets tough, Claire needs to recruit the help of Raptor-training bad ass Owen wonderfully played by America’s current sweetheart (sorry Jennifer Lawrence) Chris Pratt. Mix one part Dr. Alan Grant with equal parts Han Solo, and throw in a dash of Indian Jones and you get the idea. He’s a cool character who proves he is a bad ass time and time again. The dude is just likable. Besides those main players we get Irrfan Khan as Masrani the new park owner millionare who just doesn’t get it role, Vincent “I’m Kingpin” D’Onofro as the dastardly InGen employee who sees dinosaurs as weapons not animals (typical…), Omar Sy as Owen’s trustworthy pal Barry, and Jake Johnson and Lauren Lapkus as a couple of tech geeks holding down the fort (sort of) from behind a computer who share one of the films most awkward scenes…in a good way. You go girl. All around this was an enjoyable cast of characters that I loved watching frantically scurry about the park.

On a side note. A lot of people are blabbing about Claire’s portrayal as a woman in JURASSIC WORLD and it seems pretty ridiculous and unwarranted. Every movie since forever portrays men and women as strong, weak, fierce, fragile, vulnerable, bad ass, victimized, heroic, blah, blah, blah, blah, blah. These are characters in a fictional universe starring dinosaurs. Relax. Not every portrayal of every character is going to represent the best version of a man or woman. That’s what often makes them dynamic and interesting. And I’d say that by the time the credits rolled Claire comes out as one of the strongest characters. One word…Flare.

Two girls, a priest, and a rabbi walk into a bar and dinosaurs are in this film.

And what would a movie about dinosaurs running amuck be without dinosaurs running amuck? The action in JURASSIC WORLD is top notch earning it’s status as a true summer blockbuster. The wide variety of dinosaurs look amazing, loads of people die horrific dino-deaths, and the characters get put in very unfortunate situations where they must outsmart the beasts that are pursuing them. It’s all fun stuff. One minor complaint I do have is the lack of practical effects this time around. Rewatch JURASSIC PARK and tell me those dinosaurs still don’t look more believable. But Jason, you said not to compare to JURASSIC PARK too much! Ok ok…sorry, it’s my nitpick for the review so eat it. That said, it all still looks wonderful chock full of jaw-dropping moments that make me want to rematch the entire film right now. You all saw the Chris Pratt riding with Raptors scene which is amazing, but there are so many other epic dino-moments to be had it’s hard picking a favorite. And it all leads to a batshit insane finally that will have you at the edge of your seat. It was a fun ride for sure.

So after 22 years we finally get a movie that comes close to matching the awesomeness of the original. If nothing else it compliments the original 3 movies very well while properly refreshing a franchise that needed it badly. I’m overjoyed at the prospect of more movies featuring dinosaurs and it’s something greatly missing in Hollywood today. JURASSIC WORLD was an extremely fun and worthwhile moviegoing experience rife with excellent characters, and engaging universe, and some of the coolest action around. Do yourself a favor, relax your expectations, relax your mainstream criticisms, grab a big old bucket of corn, and enjoy yourselves this summer because…well…isn’t that what it’s all about? The Entertainment.