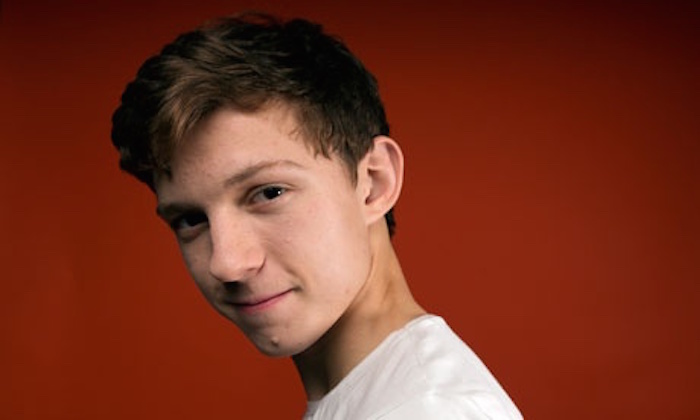 And here we go!

As the Sony/Marvel collaboration continues to actually be a thing that is happening, we finally have our Peter Parker.  Tom Holland’s (THE IMPOSSIBLE, WOLF HALL) name has been in the running since the beginning and he was always the one I was leaning towards. He looks adequately dorky and athletic enough, while still being able to clean himself up in a suit. A ‘shirt and tie’ suit as well as a spandex suit. The predominately independent film director Jon Watts (COP CAR) has been announced to direct the Marvel Cinematic Universe’s SPIDER-MAN introduction movie for 2017.

As we all know, SPIDER-MAN is set to make his MCU debut in CAPTAIN AMERICA: CIVIL WAR (Which is currently filming). In the comics, Spider-Man played the symbolic figure head of the ‘Superhero Registration Initiative’ that IRON-MAN and CAPTAIN AMERICA stood on opposing sides of. Which… causes the civil war…  It’s hard to tell if Spider-Man will be as prominent in this film, but, his appearance does reveal that CIVIL WAR will focus on an MCU that is suddenly out of control with super-powered individuals. Iron Man believes that all super powered beings must register themselves and their identities to the government.  Cap knows all to well the dangers of registering human lives.  Regardless, Agent Coulson now exists in the same universe as Peter Parker! The possibilities are endless! Does this mean we could possibly get a Spider-Man appearance in DAREDEVIL season 2, with the Punisher? Or in AGENTS OF SHIELD?  No… He’ll probably be sticking (get it?) to the blockbusters.  But, a girl can dream…

Here’s the full press release from Marvel and Sony:

Sony Pictures and Marvel Studios are proud to announce that after a full worldwide casting search, Tom Holland will play Peter Parker/Spider-Man in the next Spider-Man film, in theaters in IMAX and 3D on July 28, 2017.  The film will be directed by Jon Watts director of “Cop Car,” the upcoming thriller that made its debut earlier this year at the Sundance Film Festival.

Marvel and Sony Pictures, and producers Kevin Feige and Amy Pascal conducted an extensive search for both the actor and the director.  The studios and producers were impressed by Holland’s performances in “The Impossible,” “Wolf Hall,” and the upcoming “In the Heart of the Sea,” and by a series of complex screen tests.  Following Marvel’s tradition of working with the brightest next wave of directors, Watts also went through multiple meetings with Feige, Pascal, and the studio, before winning the job.

Commenting on the announcement, Tom Rothman, Sony Pictures Motion Pictures Group Chairman, said, “It’s a big day here at Sony. Kevin, Amy and their teams have done an incredible job.  The Marvel process is very thorough, and that’s why their results are so outstanding.  I’m confident Spider-Man will be no exception.  I’ve worked with a number of up-and-coming directors who have gone on to be superstars and believe that Jon is just such an outstanding talent.  For Spidey himself, we saw many terrific young actors, but Tom’s screen tests were special.   All in all, we are off to a roaring start.”

Feige commented, “As with James Gun, Joss Whedon and the Russo brothers, we love finding new and exciting voices to bring these characters to life.  We spent a lot of time with Jon and find his take and work inspiring.”

Pascal added, “Sony, Marvel, Kevin and I all knew that for Peter Parker, we had to find a vibrant, talented young actor capable of embodying one of the most well-known characters in the world.  With Tom, we’ve found the perfect actor to bring Spider-Man’s story into the Marvel Cinematic Universe.”

Sony Pictures will finance and release worldwide the next installment of the $4 billion Spider-Man franchise on July 28, 2017, in a film co-produced by Kevin Feige and his expert team at Marvel and Amy Pascal, who oversaw the franchise launch for the studio 13 years ago. Together, they will collaborate on a new creative direction for the Web-Slinger.

Spider-Man, embraced all over the world, is the most successful franchise in the history of Sony Pictures, with the five films having taken in more than $4 billion worldwide.