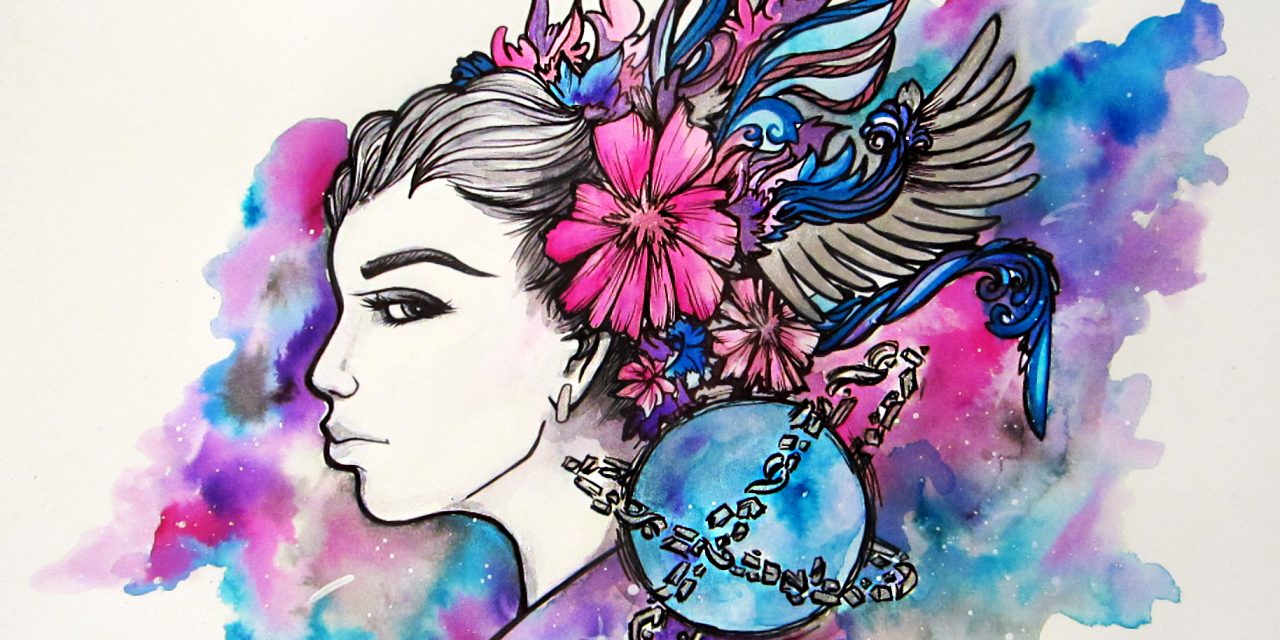 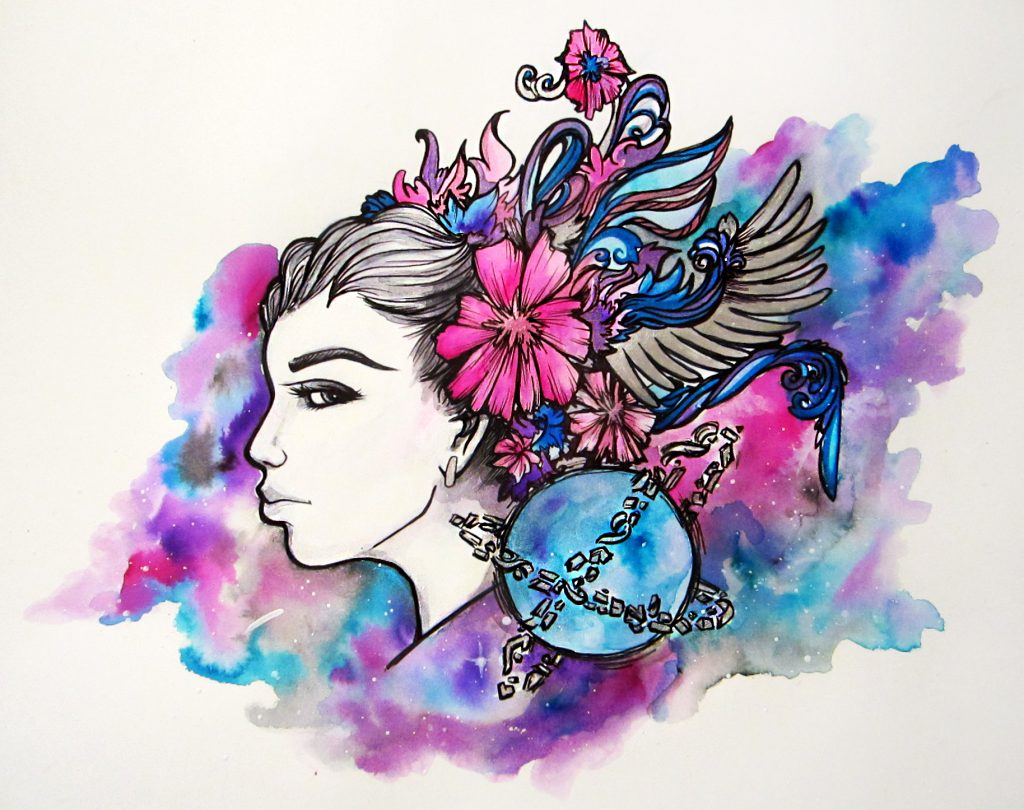 Heads up! Minor spoilers below if you care about that kind of thing.

What an absolutely majestic train wreck of a masterpiece.

Halfway through JUPITER ASCENDING, it becomes clear that the Wachowski siblings have stared for too long into the vastness of their own universes and have fallen completely into the madness that comprises them.  Which, is why studios roll barrels of money to their doors in exchange for them to seduce audiences with their technological lunacy.  As with any collective of people who excel in one particular artistic genre, there are definitely some reoccurring themes and stylistic elements that can be traced back to their inspirations and earlier works.  I’m not going to bore you with comparisons to THE MATRIX, DUNE and THE FIFTH ELEMENT, obviously this movie is comprised of hints of all those films (Every Sci Fi movie that has come out in the past few years can easily be compared to those films).  I could easily get swept up by the ‘3 Bears-esque’ debate about how this film is not good enough to be considered a good movie and not bad enough to be laughed through.  No, I decided that I’m going to do what this film did and just allow myself to bask into the bombast techno visuals and let it wash over me.  I will bathe in the waters of 100 dead human sheep spirits and let it revitalize me.  THE HUMAN SOULS MUST FLOW!

Okay, my earlier statements might be something of a cop out because there’s really no way to talk about this movie with a serious face.  Other than to say that it’s not nearly as bad as people are making it out to be.  In fact, I left this movie depressed that this wasn’t a television series.  There’s nothing more depressing than being seduced by a new cinematic universe and then realizing that you’ll probably never get closure on your character’s struggles or tap dance in their world again.  Mila was JUST getting good on the floating gravity rollerblades! The flying dog-man is pleased. Seriously though, I really liked the universe created in this movie… I suppose I should tell you a little bit about it?  Basically, there are thousands of inhabited worlds in the universe.  Governing those worlds, are collections of Space Royalties. ‘Mark, is there space money?’  No, little one. There isn’t. Well, maybe there is.  There is a substance that IS used to express power and status.  What is it, you ask?  No. Seriously, ask.  It’s time.  Didn’t see that shit coming, did you?  ‘But, how do you barter time?’  Well, it’s not ‘time’ in the Einstein sense, it’s a mineral that rejuvenates your body and gives you more time, like to live longer.  Living many thousands of years is something that is not uncommon in this world.  ‘How is this substance made?’  Well… Let’s just say that the Wachowskis have a thing for creating worlds where human beings are nothing more than cattle, that exist only as an energy source to those in power.  ‘Wait.  What?’  Yeah, you discover that Earth is nothing more than a farm where little energy batteries are being grown.  Don’t worry, they aren’t going to harvest our world for many years to come.  Not until we’re nice and over populated.  Then, CHA CHINGGG

Okay, that’s the ‘golden suitcase’ of the movie, but, not so much what the movie is about.  You see, these space royalties believe in something called a ‘resurgence.’  When a collection of genes and cells and atoms and meaty bits get assembled in a particular order, that new person is considered to be the resurrection of the original person. Mila Kunis just so happens to be the resurgence of a former queen.  A former queen who happens to own Earth.  And wouldn’t you guess it, Earth just so happens to be one of the wealthiest ‘human soul farms’ in the known galaxy.  Naturally, her royal ‘children’ are now working and conspiring to regain control of the human heavy planet. One by marrying her and the other by murdering her.  I can’t tell if I’m over complicating the plot or giving it to you just right? The nuisances and workings of this world don’t really matter, only the concept that they mean a lot to everyone who’s not from Earth, really matters.  The fun of this movie is watching the former toilet bowl queen, turned space queen, maneuver her way through this brave new universe.  Her guide in this journey is a super athletic and nimble human/dog/former disgraced solider/ab monster who was hired by someone who either wants her alive or dead?  I couldn’t really tell. All that matters is that he’s there throughout the whole moving pulling her ass out of the fire.  I wouldn’t say she’s a damsel in distress the entire movie, her cunning and wit does more damaged than dogboy’s laser pistol.  She’s just a human maid, who gets thrown into complete friggin madness and does her best to keep up.  Unfortunately, right as her physical badassery is about to be established, the movie ends and your pants are covered in popcorn dust.

Trust me, I went into this movie expecting to hate it.  I was slightly sleepy and feared I would pass out half way through it. I was surprised that it grabbed my attention and managed to keep it the entire time. TIME! I will compare this movie to DUNE in the sense that, it feels like we’re introduced to a similar universe, full of complex governing systems, advanced technology, exquisite life forms and harsh moralities and it’s all through the eyes of a newcomer.  We want to explore more of it, but, we’re chained to someone who’s being escorted through it at breakneck speeds. Which, is fine because it leaves you with a sense that this would make an excellent series of books, all without getting too caught up on its own complexities. You’re free to just sit back and enjoy the ride. Holy shit, the space ship designs are amazing in this movie.  Also, all the fight scenes felt fresh and energetic.  I’m actually going to quit here on a high note and just say that this is a movie you should experience.  Even if you watch It once and never watch it again.  I can easily see this movie becoming my go to ‘well, I need to get some writing done and I need a movie on in the background’ movie. Everyone in it balances this fine line of acting like they know they are in a silly space opera, while giving it all they got.  You’ll definitely leave this movie with a hunger to read, play, or watch all the things that it reminds you of.