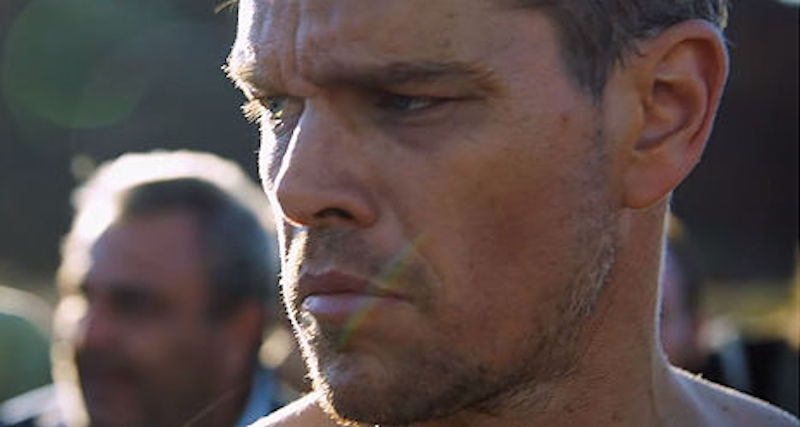 This is part 5?  They are counting THE BOURNE LEGACY as part of this franchise?  The one with Hawkeye?  I mean, I suppose they would.  It took place in the same universe.  Kind of.  Eh.

I love these movies. I could talk about them all night.  In fact, the first draft of this write up was me going on and on about how perfectly the first three BOURNE movies interweave with one another.  Part 1 takes place during Part 1.  But, Part 2 and 3 sort of take place at the same time.  Like in the FAST AND THE FURIOUS movies when you find out that the 12th movie takes place before the 2nd movie. Confused? Listen.  I’m really going to need you to keep up because JASON BOURNE is back and he remembers everything. BUT! Just because one ‘remembers everything,’ doesn’t mean that they magically ‘know everything.’ WHAT! Why don’t they just let this man ‘hammer punch’ random dudes in the middle of the desert!

Who the hell knows what this movie is about? Jason Bourne got all his memories back and somehow gets pulled back into the shit.  That’s pretty much all you need to know.  Julia Stiles is back as ‘Nicky.’  What has she been up to? I do love that whenever there’s a room full of agents and surveillance footage of Jason Bourne pops up on the screen, everyone drops their lunch and gasp.  ‘Oh my god.  That’s Jason Bourne.’ Hahaha.  You bet your ass it’s Jason Bourne.

JASON BOURNE punches back into theaters on July 29, 2016