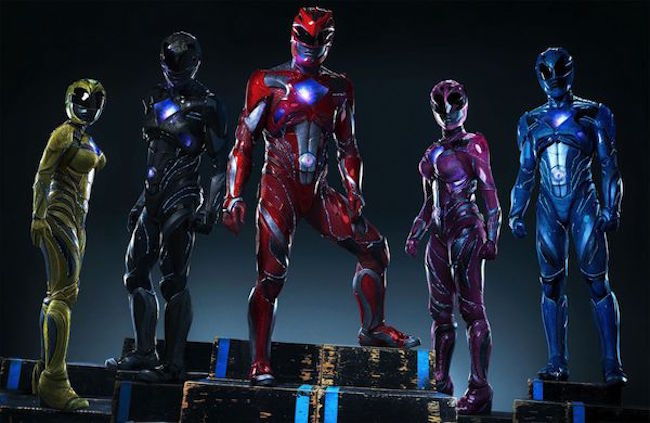 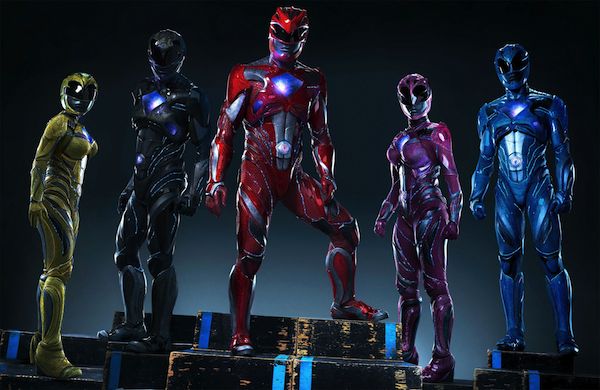 I was never really a MIGHTY MORPHIN POWER RANGERS kid growing up.  I got the basic premise: 5 teenagers are hand-picked by a benevolent alien force to do battle against an evil alien force by transforming into Japanese “super sentai” stock footage and calling upon their VOLTRON-like “battle zords” to blow up the monster-of-the-week…and maybe learn a moral or remember to recycle or something.  It was like the perfect amalgamation of everything cheesy and over-the-top from the 90’s: martial arts action in brightly-colored costumes, “hip” teenaged protagonists, Planeteer-levels of “friendship powers combining,” giant robots punching stuff and a bitching rock-anthem theme song.  So, it being a property laced with nostalgia for many, of course it’s getting a grizzled reboot film!  And audiences get their first look and the team’s brand-new modern-day costumes up above courtesy of ENTERTAINMENT WEEKLY.

Now, with all my unfamiliarity with the franchise and snark set aside, I will admit: those suits look pretty sweet.  They appear to be paying enough homage to the original lycra and spandex costumes from the TV show in their designs while taking a more armored/IRON MAN approach.  I wouldn’t be surprised if the Rangers’ iconic “Morphin’ Time” lifts liberally from the visual process in which Tony Stark’s outfits piece themselves together.  All in all, a more armored and “hardened” look for the franchise seems to be the all-around mantra for this reboot as evidenced by the new version of longtime Ranger adversary Rita Repulsa (played by Elizabeth Banks): 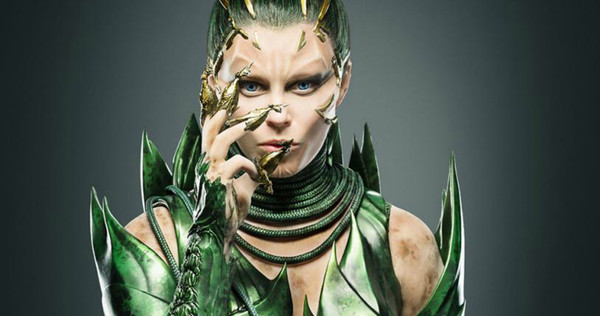 Again I wish to stress this: I am not, nor have I ever really been, a diehard POWER RANGERS fan, so a lot of these redesigns warrant an “eh, it looks okay so far” from me.  I am genuinely curious to hear what longstanding Ranger aficionados think of these changes.  Do you miss Rita’s “dual snow cone” headpiece from the original show?  Are you worried that the zords may end up being generic battle vehicles like Batman’s “tumbler mobile” or that they may take on “Skids & Mudflaps” personalities when transformed (God help us all)?  How pissed are you going to be that your fan-favorite Green Ranger, in all likelihood, is going to be a post-credit cameo at the end of this flick?  Let me know in the comments below!