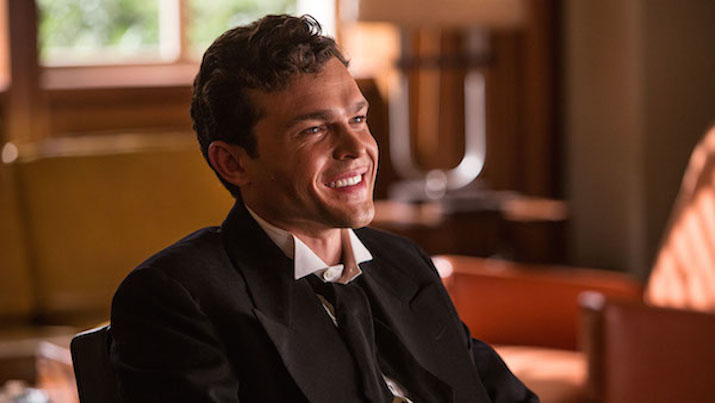 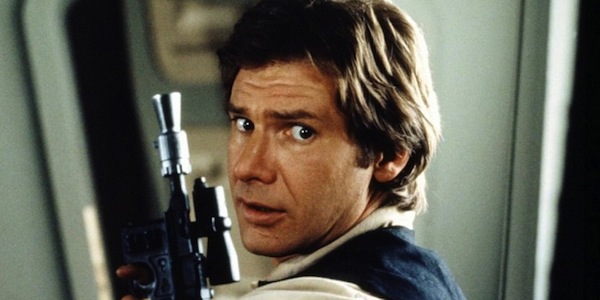 First-shooters rejoice!  Although it appears elderly Han Solo (played by Harrison Ford) is now lounging in that big Cantina in the sky following the events of THE FORCE AWAKENS, it seems that Lucasfilm and Disney have finally chosen their candidate to take on the legendary role in his own spin-off/prequel film.  After apparently searching through almost 2,000 actors, the new/young Han Solo will be portrayed by none other than Alden Ehrenreich most recently seen in the film HAIL, CAESAR!.

I, for one, think this is an excellent choice.  No surprise that Ehrenreich was facing quite a bit of equally-talented competition for the role (including Taron Edgerton from KINGSMAN: THE SECRET SERVICE), but I feel his selection was the right way to go.  He all but steals the show in HAIL, CAESAR! as the sometimes-buffoonish but well-intentioned and hard-working “singing cowboy” movie star Hobie Doyle.  Hopefully those talents can translate well into the galaxy far, far away as he now has to play a younger version of the infamous and smarmy Corellian smuggler.  But with Directors Phil Lord & Chris Miller (THE LEGO MOVIE, 21 JUMP STREET) steering this Millennium Falcon-sized project for a 2018 release, I have nothing but hope for further adventures from Han Solo!

And not to worry, Harrison Ford fans!  His STAR WARS days may be behind him, but it seems he’s gearing up for another installment with one of his other iconic characters to keep us happy.