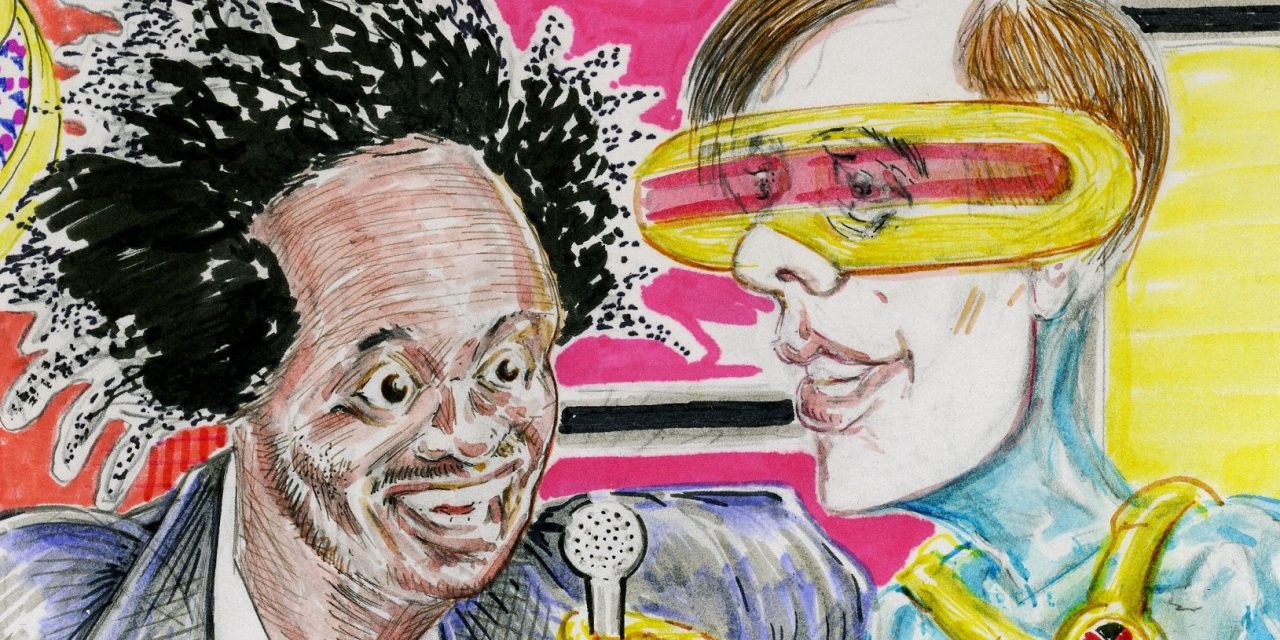 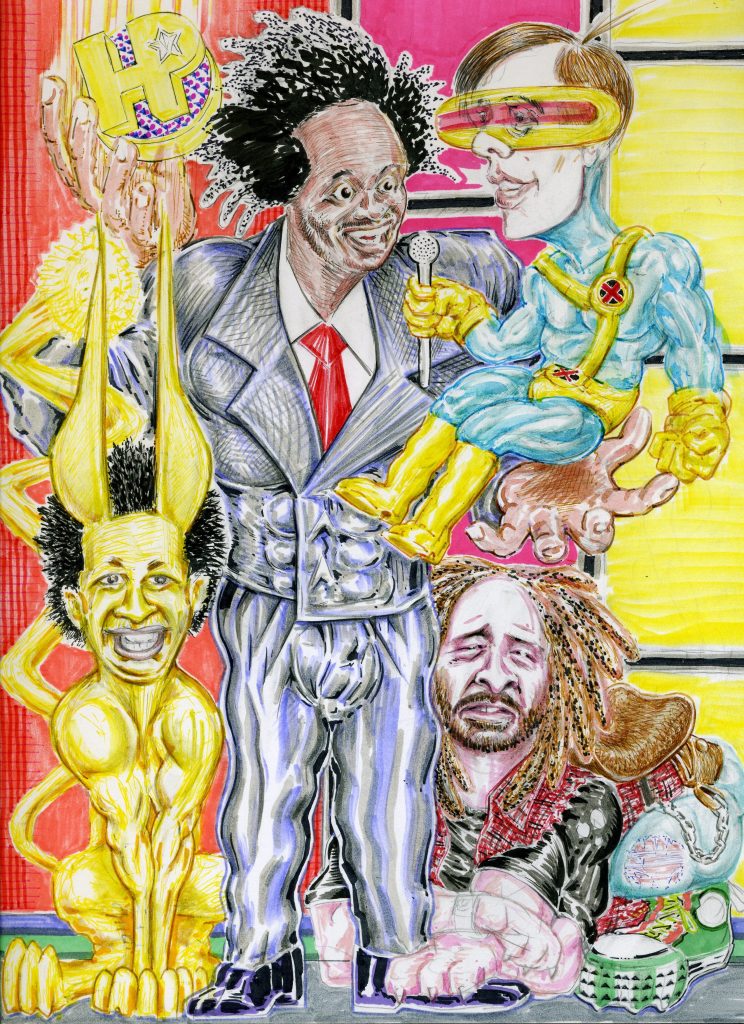 I recently had the chance to pick the brain of Canadian-spawned entertainer/comedian Derrick Beckles to discover how the hell he got wrapped up in the production of THE SANTA CLAUS 2 starring Tim “The Tool Man” Taylor…we talked about other things too of course. Best known for his work on Vice, his gloriously found-and-forgotten footage compilations that are TV CARNAGE, and his newest TV show on Cartoon Network’s Adult Swim called HOT PACKAGE.

Years ago I got a TV CARNAGE DVD as a gift and it blew my ass off! For the uninitiated, can you tell us a little bit about that project?

Yeah thanks. I would always kind of obsessively watch TV to look for the most interesting decisions people made while in front of a camera. In TV CARNAGE I try and make a weird story out of the clips that I put together. I’m a frustrated animator in a way. Every clip for me is like a frame ya know. So I started collecting all this stuff [clips] and decided to put it all together. I made smaller ones for friends early on maybe 10-15 minutes long, then I decided to make longer ones that were actually an hour or more than a hour. Everybody on those compilations I have reverence for because [Laughs] you can never recreate some of the shit that they do.

Yeah for sure, the clips you find can sometimes be pretty far out and absurd…in a good way.

A lot of people that do these “compilations” now are just like [in college bro voice] “Ahh, hey look at these stupid fucking idiots”. It’s like, you COULD look at it that way, or you could look at it as “look at this precious genius”. It’s so weird like they don’t get it but they are completely committed to it. Super earnest.

You’ve always had a good way of framing your compilations within a sort of narrative instead of just slapping them together. There is always a type of structure behind it all.

Yeah, it’s interesting to try and make an arc out of somebody using fragmented pieces, but it’s also such a fun challenge and I think that’s why TV CARNAGE works. It doesn’t feel just like stuff glued together. It doesn’t feel like mayhem for no reason.

If I remember correctly, you had a duel commentary track on one of your TV CARNAGE DVD’s, One drunk off American beer and the other off Canadian beer. What inspired that decision?

[Laughs] Yeah, I did one commentary when I was in Canada and the other when I was in the States. [Laughs] Canadians are obsessed with beer. It’s like a national identity. [in thick Canadian accent] “Ohh yeah these Americans can’t make beer, they’re not as good as ours” and your always like “oh, shut up” [Laughs]. So I was like alright I’ll see if American beer can make me more or less funny. Then I got drunk and did the commentaries.

So were there any differences between the two you noticed or is drunk drunk?

Oh Canadian drunk is way better than American drunk. Canadian beer is the best, only way to get drunk. American beer makes you a little more bloated. I had to take pisses more frequently with the American beers. 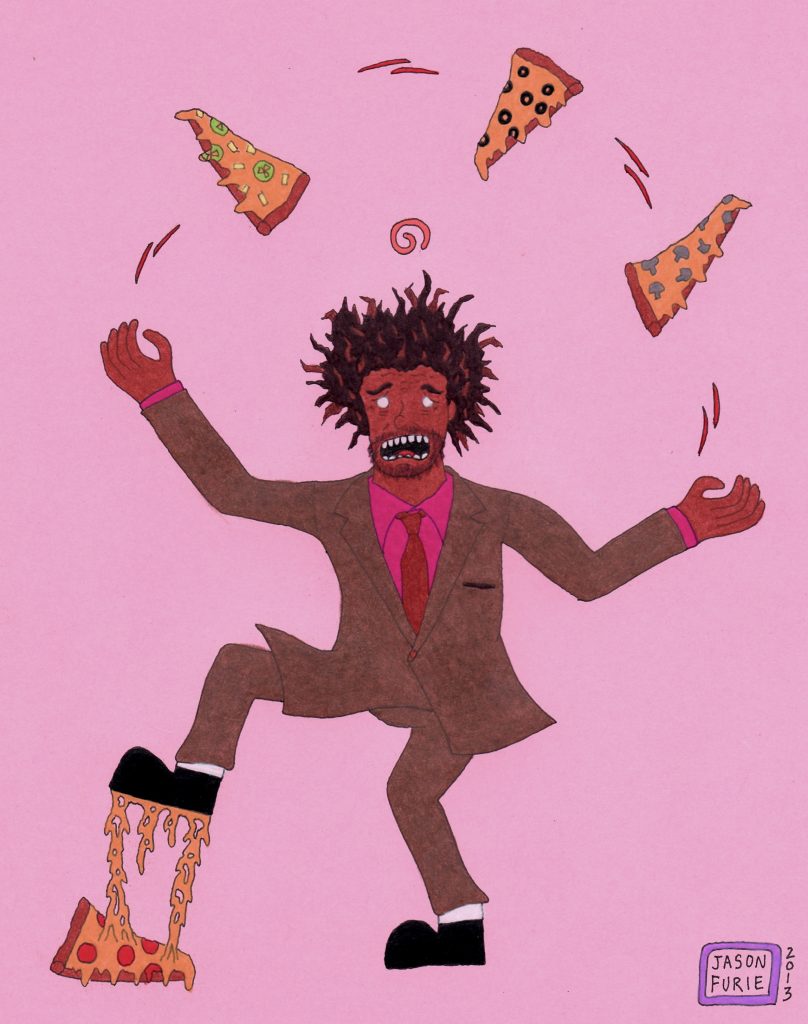 I read somewhere you don’t like calling your new show HOT PACKAGE “fake news”. Why not?

Personally it’s not the way I think of the show. It’s never been the way the show has been designed. It’s just not the approach I’d ever want to take with the show. So ‘fake news’ just telecasts this idea that we’re gonna be up there making fun of ENTERTAINMENT TONIGHT or making fun of EXTRA or any of these entertainment news shows in a way that is just straight parody. And these shows are so self-parodying, you know, that you’re going to end up losing that battle or just turn into one of those shows for real [Laughs]. In my show, everybody on there is a real person. We use their real names. They are actually involved in the entertainment industry, but again the way they are involved and the choices they make are so amazing and so interesting that I want to showcase their interesting abilities and, you know, treat them like stars. That’s why Jeff Deane Turner is in the show. He was in the documentary I THINK WE’RE ALONE NOW where he was just like perusing Tiffany, umm, quite a bit. Then he kind of turned his gaze to Alyssa Milano and that was a real funny reveal in the movie.  He’s our entertainment specialist. And we’ve got Pat O’Brien whose the god-father of entertainment news and is just like synonymous with that shit. This [HOT PACKAGE] is just like a weird dreamscape parallel-universe fucked-up version of an entertainment news show.

Going back to having Pat O’Brien on the show. How did you convince him to become a mainstay on HOT PACKAGE?

He was super intrigued. He told me he was writing a book about his career in that world and he’s basically, I don’t know if he loathes it, but he definitely talks about what an obvious bullshit world it can be. I think he’s excited that we’re doing a take on that kind of show, but I’m not sure he knew how I was going to put that together [Laughs]. But yeah, he’s still down and he saw some of them and was laughing. He enjoyed them. But it’s weird I’m like “I’m standing next to Pat O’Brien, this is so awesome. It’s like I use to watch you on TV when I was a kid. Now you’re standing next to me doing one of these shows with me, but it’s just an insane version of it.” I feel like I kind of just jumped into one of my own compilations.

As you mentioned, you watched a lot of these tabloid news shows growing up. Is HOT PACKAGE a response to how bullshit you think it all is?

Yeah. To some degree. I’d say it’s a lot of that. When you watch those shows it’s like just so time obsessed. It’s just such a long-con. Well, it’s a short-con, but a long-con because they will keep saying stuff like [in a woman’s voice] “Alright, we’re all looking forward to what George Clooney said. Stay there we’re gonna hear what George Clooney said.” And then at the end all you get is like a quick quote of George Clooney saying “Watch ENTERTAINMENT TONIGHT”. [Laughs] You know what I mean. ‘I waited to hear George Clooney do a fucking shout-out your show!?’ They con you into watching their show and all the content is just geniusly absurd. At the same time I still have this reverence for how immaculate, and how shitty they are when they slap these shows together. They’re schizophrenic as fuck ya know. So using their rules is a shit-ton of fun. And creating your own thing using their rules is twice as much as fun. 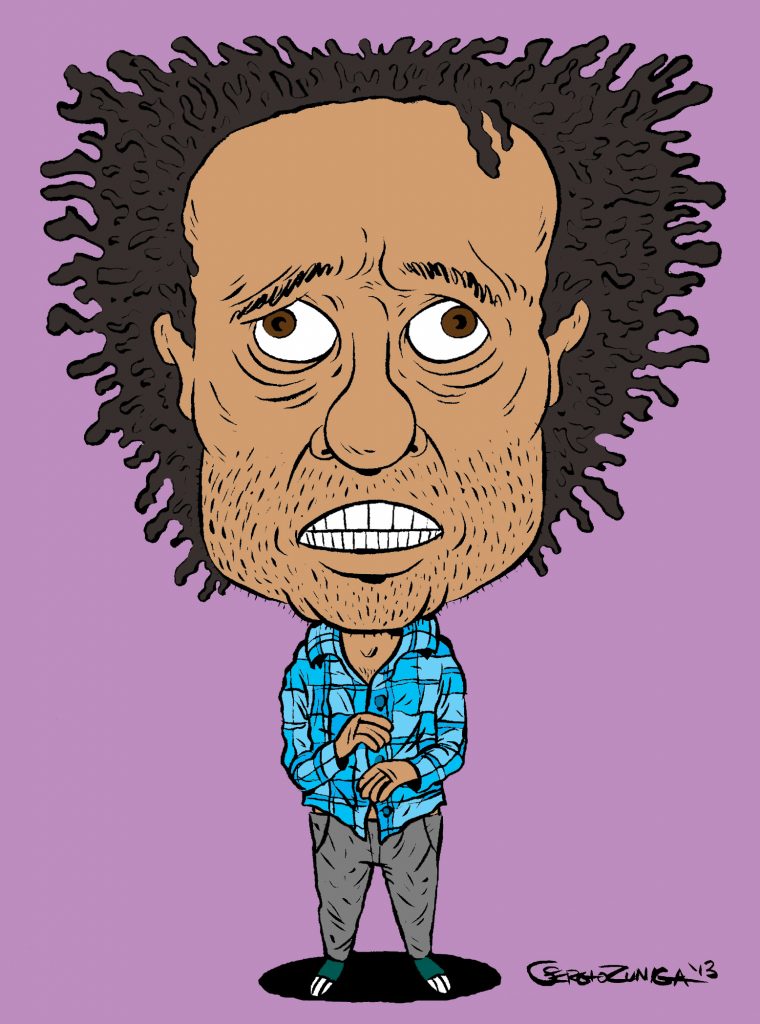 You served as the “Assistant visual effects supervisor” on THE SANTA CLAUS 2 starring Tim Allen. How cool was that experience?

[Laughs] Ahhh! Uuuk. It was, you know. I worked on a lot of MGM stuff right when I got out of film school. My buddy helped me. Like him and I both got a job doing post-production at MGM and then we would work on these hokey series and then cut to two years later and they let us control their post production on these shows that they were making. And my friend and I were looking at each other like ‘do they know we just got out of school?’ [Laughs] It was pretty awesome. And then we just get this gig on THE SANTA CLAUS 2. The thing about the post-production side of things is that you get to see all the producers, all the directors, and all the people involved without any sort of filter. Basically you get to see everyone being fucking dicks…in the best way. [Laughs] I love the job for that reason because it would suck and you’d come home and you would be like ‘oh my god that was such an amazing slip up on set with the miserable director’. And then seeing Tim whats-his-face just walking around in his Santa Claus suit grumpy as fuck and like refusing to talk to anybody. The thing that was kind of mind-blowing was that the set built for that movie was outrageous. [Laughs] Now I feel like I’m trying to sell you on the movie. [changes to a high-pitched tone] “That movie has some greeeeat effects! Ya gotta go see it!” It’s so funny because I got a credit for that. It’s like how am I going to live with that?

Yeah it’s like when you’re interviewing for a job and you have a record. You have to admit you worked on THE SANTA CLAUS 2 and apologize. [Laughs]

[Laughs] Seriously! I was a desperate dude at the time. Ya know. I just didn’t think it through. Instead of it being on your record, other people can bring it up…such as you! [Laughs].

What are the chances of your retro after school program TOTALLY 4 TEENS (Full Episode HERE) receiving a full season?

Umm. I don’t know. Mike Lazzo who runs adult swim, he’s like a genius I think, that guy’s fucking awesome but he didn’t pick the show up. Every once in a while we talk about it. HOT PACKAGE is happening right now and everything like that. I would say I have no fucking idea what the odds are, that’s a good question. I’ll put it this way, I’d love for it to happen. I’d do it in a heartbeat.

Are there plans to renew HOT PACKAGE for a second season? Is this something that’s going to stick around?

Yeah, I’m hoping. We’re all pumped. So far everything’s good. People are digging it. The first season of a show is always a weird time because you’ve gone through the first test which is the pilot, and then you go though the next test which is the first season to see if people throw their TV sets out the window or not, and then after that it just turns into an excruciating waiting game. But you have to force yourself to be as patient as you can be. I’m totally in that phase right now. I’m just hoping I’ll get a good phone call one day. I think it’s an awesome show.

Is there anything else you are working on besides HOT PACKAGE that fans can expect in the near future?

Yes. There’s a bunch of different things. I did a DRUNK HISTORY this year. I did another thing for JASH. Every once in awhile I make documentaries. A few years ago I made one called STRIP CLUB DJS that was just about a bunch of DJs. It’s pretty fucking awesome and the dudes in it are amazing. There’s another documentary I want to make and writing for what will hopefully be the second season of HOT PACKAGE. I’m just writing a bunch of different things right now trying to get the next thing to catch on whatever that may be.

Be sure to check out Derrick Beckles on HOT PACKAGE airing Thursdays at 12:45am on Cartoon Network’s Adult Swim.