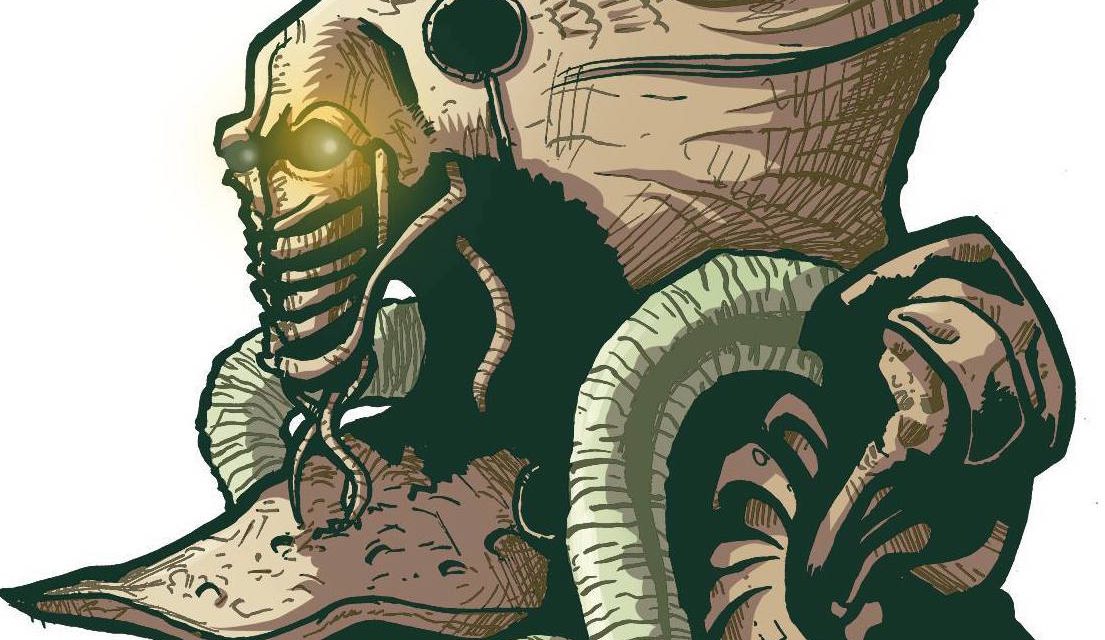 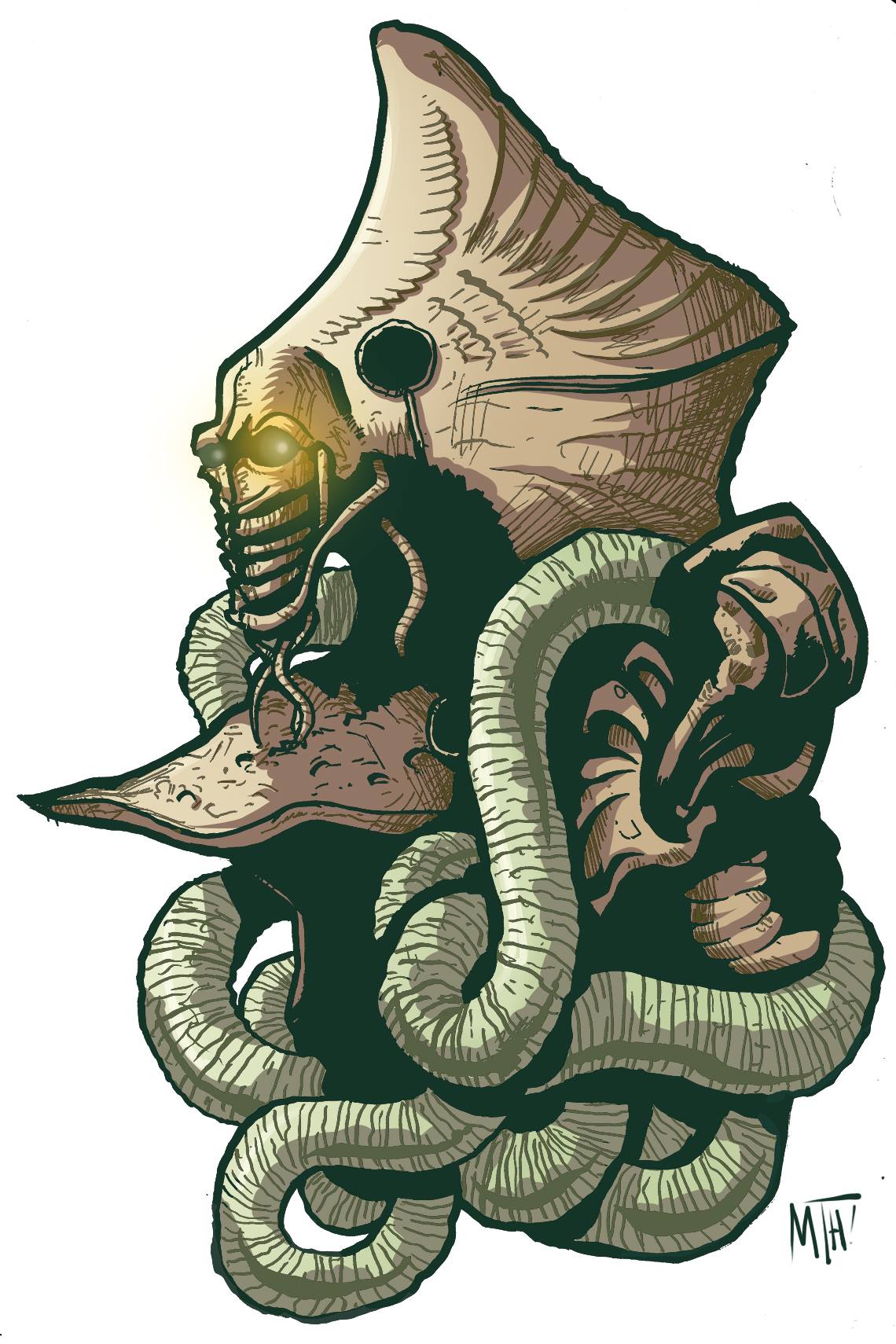 Twenty years after its release, INDEPENDENCE DAY has finally gotten a sequel in the form of RESURGENCE, and, as the title suggests, the big bad aliens from the first one have returned to exact their revenge for their fallen companions.  The movie focuses on a few main people, just as the first one did.  In one camp you have Jake Morris, a fighter pilot, Patricia Whitmore, daughter of the former president and engaged to Morris, and Dylan Hiller, son of Steven Hiller and a fighter pilot with a grudge against Morris.  The other camp consists of David Levinson and a group of investigators who are still trying to unravel the mystery of the aliens’ language and history.  After brief character introductions an alien craft arrives and is promptly destroyed by earth’s defence system, against Levinson’s recommendation.  Levinson rushes to the moon and begins exploring the wreckage of the downed ship and discovers a symbol he has seen across the world, and works to uncover it just as the real threat arrives, which is a grand mothership that spans an impressive 3000 miles wide.  Earth scrambles its defenses but all their best efforts either fail or are quickly counteracted by the invaders.  Thankfully, a sentient life form was recovered from the first ship and it just so happens to be an enemy of the aliens and has usable knowledge of how they operate.  Levinson, sensing an opportunity, decides to use the presence of the newcomer as bait to lure in the alien’s queen, as eliminating her will cause all the aliens to stand down as they work as a sort of hierarchical hive mind.  However, this plan doesn’t go as smoothly as they hope and everyone must fight and scramble to try and save humanity for certain doom.

If that synopsis sounds overly busy, that’s because it is.  The film moves at a breakneck pace from one scene to the next with very little time for explanations or character development, and it is exactly this lack of character development that causes INDEPENDENCE DAY: RESURGENCE to fall so short of the first one.  After painfully brief introductions to new and returning characters, there is little to no fleshing out of backstories or motivations, which makes it kind of hard to care about these people.  Sure, they all lost someone in the first invasion, but this movie isn’t written like a revenge film and it just isn’t a compelling enough reason to engage the audience.  It should be noted that this movie only comes in at 120 minutes whereas the first one was 145, the production team should have taken their cues from the original and made a longer movie with a much more personal focus on the characters, because that is what made the first one so fun and memorable.  The slew of writing credits for this movie, and the fact that it went through several iterations and rewrites shows that they certainly put time and effort to try and make it work, but unfortunately they fell short in the story department.

Despite the lackluster storytelling, director Roland Emmerich (WHITE HOUSE DOWN) does manage to deliver a film that is visually engaging.  The effects have definitely been updated since the first one, particularly with the appearance and movements of the aliens which were intense and exceptionally realistic.  I was impressed with the updated weapons featured this time around, especially the main destructive weapons, which are now mounted sporadically around the mothership and can be fired quickly and without having to jeopardize the entire ship like in the first one.  I also liked with the tidal wave effects, as the motion and action of the water looked liked the wreckage footage from actual tidal waves.  The camera work was what you would expect from an action film, lots of wide and panning shots to cover the large scale action and a few quick cuts here and there but usually they weren’t so excessive that you couldn’t follow what was going on.

INDEPENDENCE DAY: RESURGENCE boasts a fairly robust cast, but due to the mediocre script they don’t have a whole lot to work with so many of the performances lack any substantial level of depth.  Leading the cast is Jeff Goldblum (THE GRAND BUDAPEST HOTEL) who returns to the role of David Levinson.  While there is little new to Goldblum’s character, he wears the role like an old glove and delivers a performance that is the right combination of smug intellectual and tender humanist, recreating the lovable character that fans of the franchise know and love.  The first new comer is Liam Hemsworth (THE HUNGER GAMES MOCKINGJAY PART 2) who plays the role of Jake Morrison, a cocky pilot who was orphaned during the first invasion.  Hemsworth has no problem playing an overconfident hot shot, and while his character is a bit one dimensional, he certainly does his best to embody the courage of Morrison’s convictions.  Jessie T Usher (WHEN THE GAME STANDS TALL) takes over the role of Dylan Hiller, son of hero Captain Hiller and leader of a crack group of fighter pilots who are all survivors of the first war.  While Usher delivers his performance with confidence, and shows some emotional range when Dylan witnesses his mother’s death, he has so little screen time outside of fighting that there is very little of his performance to comment on.  Taking over the role of former president Whitmore’s daughter is Maika Monroe (THE 5TH WAVE) and she delivers a decent performance.  Monroe gets a bit more character development because she is at the center of several different events, and she handles the range well, giving us a young woman who is strong, loving, and compassionate, but who isn’t afraid to take the gloves off and fight if need be.  She was definitely the highlight of the younger cast.  Lastly, Bill Pullman (THE EQUALIZER) delivers a delightful performance as an addled former president Whitmore, giving him the right mix of crazy and sane to create an unpredictable version of the powerful leader from the first film.  Pullman easily steals every scene he is in and has some of the best delivery of any of the cast members.

While there is plenty of good action and more than enough plot devices, INDEPENDENCE DAY: RESURGENCE just can’t combine the two into a working formula.  The picture moves at a breakneck pace and never slows down to allow the characters to become anything more than names on a screen, and this lack of development makes it exceptionally hard to care about the impact of the events as they unfold.  If you really loved the first one and just want to watch aliens blow some things up, then you may want to venture out and see this, otherwise I would wait until it comes to your streaming service of choice.