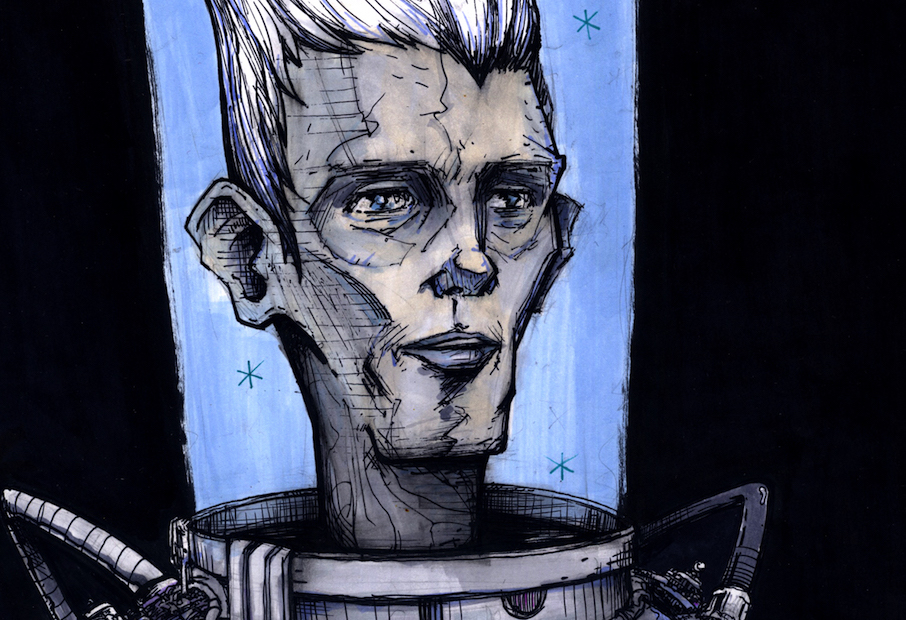 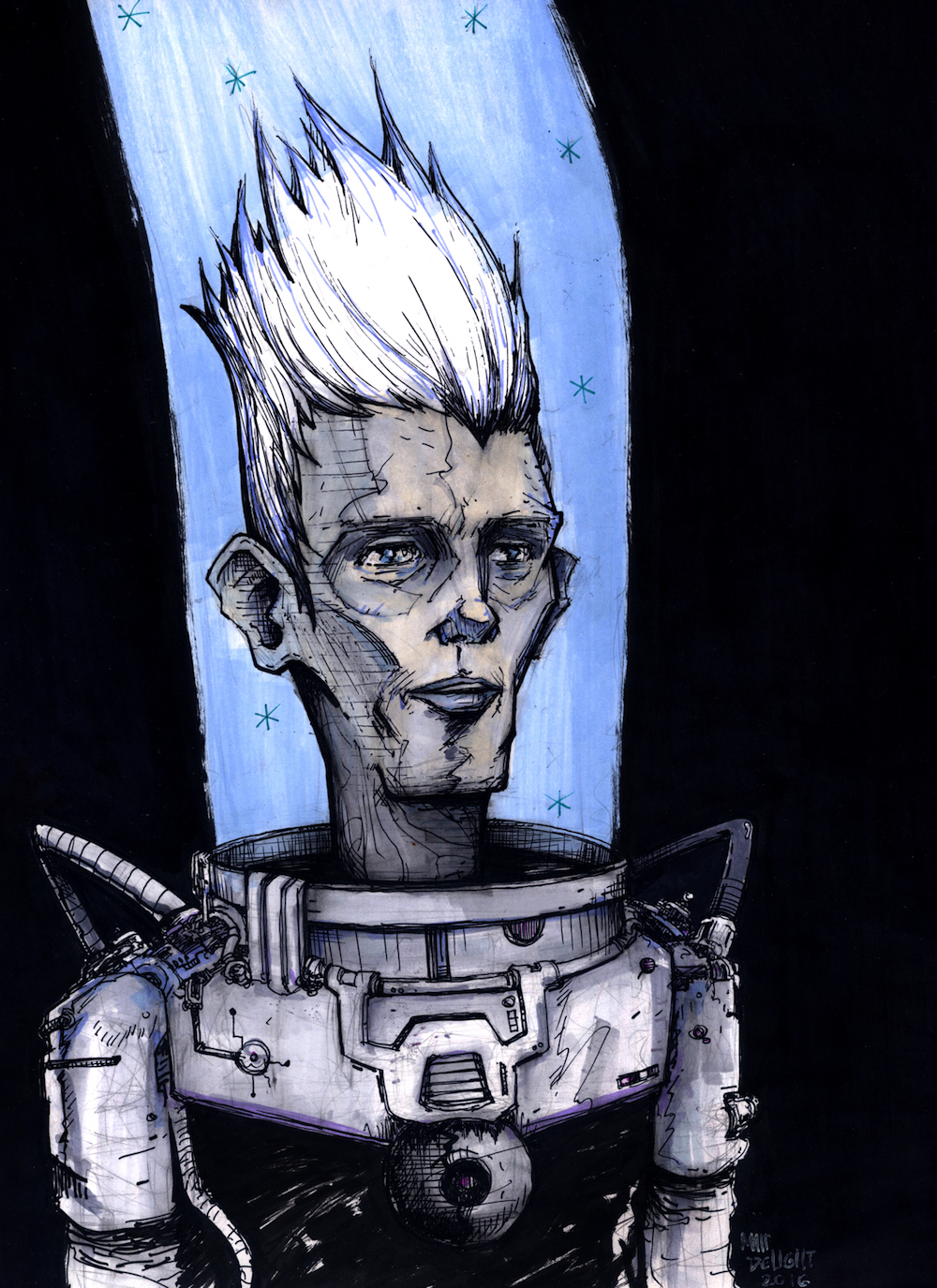 Alright. Alright. All of you who have witnessed all of GOTHAM Season 2, you can go.

And all of you with Super-Hero fatigue. You are free as well. Don’t know why you were dragged in here in the first place. Go about your Uncanny Kimmy Schumers, and St. Grey’s Houses…or whatever the hell gets you through the day.

In fact, anyone with problems concerning ‘Canon’…you are dismissed as well. You have your own problems. Your hard-cover Batman:Red Rain is next to Superman:Red Son. When it should be closer to The Dark Knight Returns, Gotham By Gaslight, Year 100, Batman Beyond…or any other Batman comic. After 76 years, at least 10 distinct titles, played by 9 different actors, and countless thousands of comic and cartoon stories(and how many DC reboots?)…it’s all made-up baloney.

Lemme guess. Some smug S.O.B. who can’t be bothered with GOTHAM…because, GOTHAM. Because of some ‘jive’ you heard on the street, stuff “your friends” have been saying. Yeah, I’ve heard all of “the talk”. Stuff about the Season One…episode one. Yeah, one lousy episode and suddenly everyone thinks they’re Mr. Steven ‘Freaking’ Hawkings. Where are your ‘know-it-all’ friends now? Watching all the Netflix Capes and HBO Dicks. Hopped up on bennies and sidewinders. HUMPFT!

HUMPFT is the sound I make when I laugh out loud. But, I get it. You are smarter than all that. You got all the angles figured. Jag-Offs like yourself don’t need GOTHAM. Maybe two-fisted cop dramas involving psychopaths and death cults isn’t your thing. And maybe gangsters with interchangeable weapon hands aren’t awesome. Despite what Trap Jaw, Battle Android Troopers, Kien Shih, and Mr. Tee Hee have to say about it. In that case, it is doubtful that you would have any interest in pyromaniacs. Serial murder does not turn your head, and science crimes (both against the laws of man, and the laws of decency) must bore you. That off-the-top-ropes character acting should only be viewed in Corman movies. And, I suppose, that the concept (and execution) of Bazooka Revenge is a thing you would rather not see. Ya know, it’s pukes like you that make me sick.

Then lemme just say, maybe you should put that slice of pizza down right now. Maybe a jag-off like yourself, who slams the GCPD, hasn’t earned the right.

Hey, friend.  Don’t let that guy get to you. I liked UNBREAKABLE KIMMY SCHMIDT too. I know you’re trying your best. There’s just so much good TV comic book content out there. Do you want a glass of water? Why don’t you slip out of those wet cloths and into a dry martini?

See? We can have fun around here!  So, what did you think of that scene in the GOTHAM finale when Firefly and Mr Freeze go at it?  Fire and Ice! That’s was pretty cool, right? Listen, I’m with you. I was also confused by what GOTHAM was trying to accomplish in it’s first season.  Is this show meant to be an origin story for Batman?  Or is it trying to explain how Gotham got to the point where human/bat hybrids are flying overhead scaring the bejeezus out of ‘blimp cops.’ I know, it’s hard seeing ‘Batman villains’ be villains before Batman even shows up. Think about it… Gordon would have had to have already seen some pretty wild stuff in order for him to be cool with blasting a giant bat signal into the sky or him being okay working with some dude in pajamas who fights puppet mobsters and grass ladies riding giant ‘Audrey 2’s’ in his spare time. You like musicals?  I bet you do. What are you doing after this?  I got tickets to Hamilton.

Also… who doesn’t like a few tasteful ‘HBO dicks?’ The thing I’m trying to tell you is that Gotham was already pretty wild before Batman showed up. The Joker had roots. The Penguin had some street cred. The Riddler already had a taste for trapping people in puzzle traps. Evil scientist and super villains would migrate to Gotham because that’s where they got to play. Then Batman would come along and up the ante. I know, I know.  It’s weird seeing a show set in the ‘Batman Universe’ where Batman is just a young kid with very little skills. Maybe you can accept that this show takes place in a different Gotham where things progressed slightly differently? We still get to see Bruce Wayne come into his own. We still get to see all his rogues acting like rogues. Maybe next season we’ll even get to see him training with some ninjas!

Once you’ve let go of the ‘jive’ you’ve heard about GOTHAM, you can start to really appreciate what this show really is… Batshit craziness!  …Did you catch that joke? ‘Bat’shit craziness?  I knew you would appreciate that. You’re so smart. Can I take a second to talk about that episode where Nygma sets up Gordon for murdering a cop? The episode starts off with Edward realizing that he needs to take Gordon off the board, so he sets into motion a series of events to frame him for murder.  No way that’s going to work, right?  Well, it does! The last 10 minutes of the episode jump 4 months to Gordon being convicted of murdering a cop and going to prison for it.  WHAT THE WHAT?!  Oh.  Did I startle you with that outburst.  I’m sorry about that.  Here, take a sip of this. Season 2 of GOTHAM leaned headfirst into it’s madness and it was perfect for it. Azrael.  A Hugo Strange that looks like he was ripped directly from the comics.  A more tolerable Catwoman. We got to see hints of Bruce becoming a complete bad ass.  We got to see Alfred starting to accept the reality that Bruce is going to be off the chain when he gets older and that he’s going to have to learn how to step aside and let him do his thing. We got to see Bruce start to accept the reality that the murder of his parents is not really a crime that’s solved by finding the person behind it.  The murder of his parents was a result of the systematic corruption of Gotham at every level. The corruption of humanity. It’s a quest that doesn’t end when you find the trigger person, because the evil behind it runs much deeper.  Oh.  Did I get too heavy with that one?  Bare with me, I’m almost done, sweetie.

GOTHAM is not just a show where we get to see ‘how Batman becomes Batman.’ Its a show set in a world full of outstanding nonsense. I love watching Gordon compromise who he was in order to become the man Gotham needs him to be.  JUST LIKE BATMAN! Oh.  Did I startle you again? You’re a jumpy one.  What are you still doing in those pants? Who was that Bruce Wayne clone at the end?  The Council of Owls? A busload of ‘monsters’ just got unleashed onto the streets of Gotham?  Where’s Dr Leslie?  How is Gordon going to get away with naming his daughter after the psychopath who tried to murder him and his lady friend? I will never get tired of watching Donal Logue’s ‘Bullock’ chewing up the scenery. Oh. Did I just see you smile? You’re starting to think that maybe you should give GOTHAM a second chance?  It’s okay.  We all make mistakes.  The good news is that it’s not too late.  You only have two seasons to catch up on!  What say we get out of here and share a black and white cookie.  Of course you can have the white part.  Smooch.