IN THE HEART OF THE SEA Movie Review 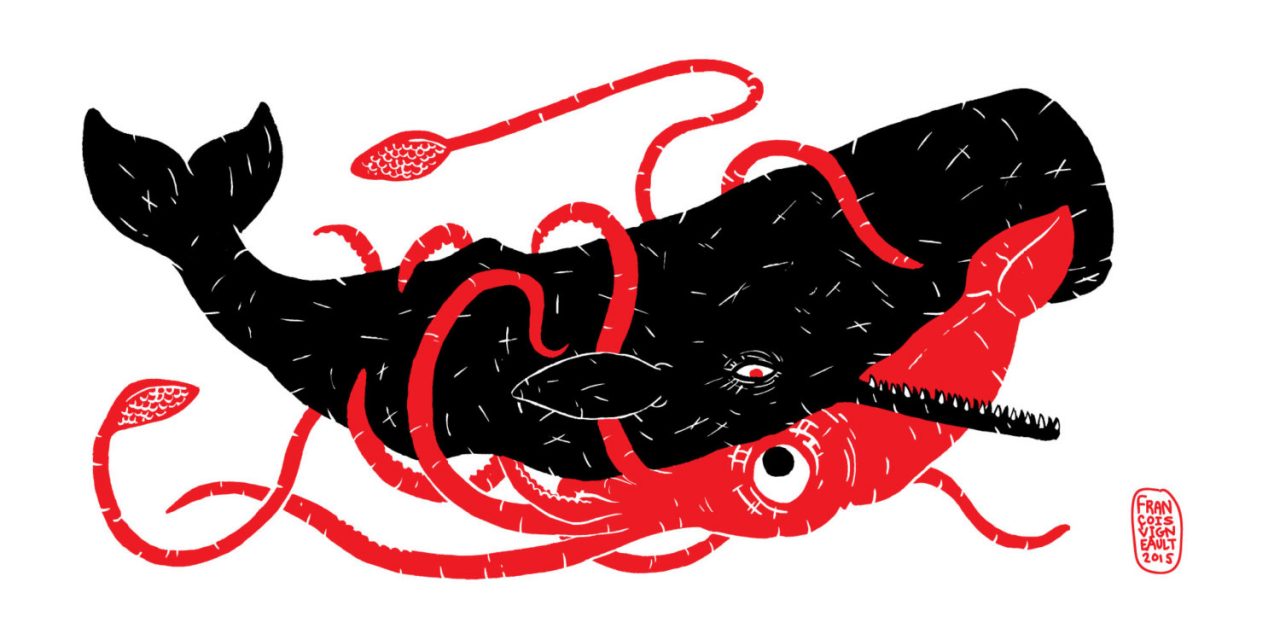 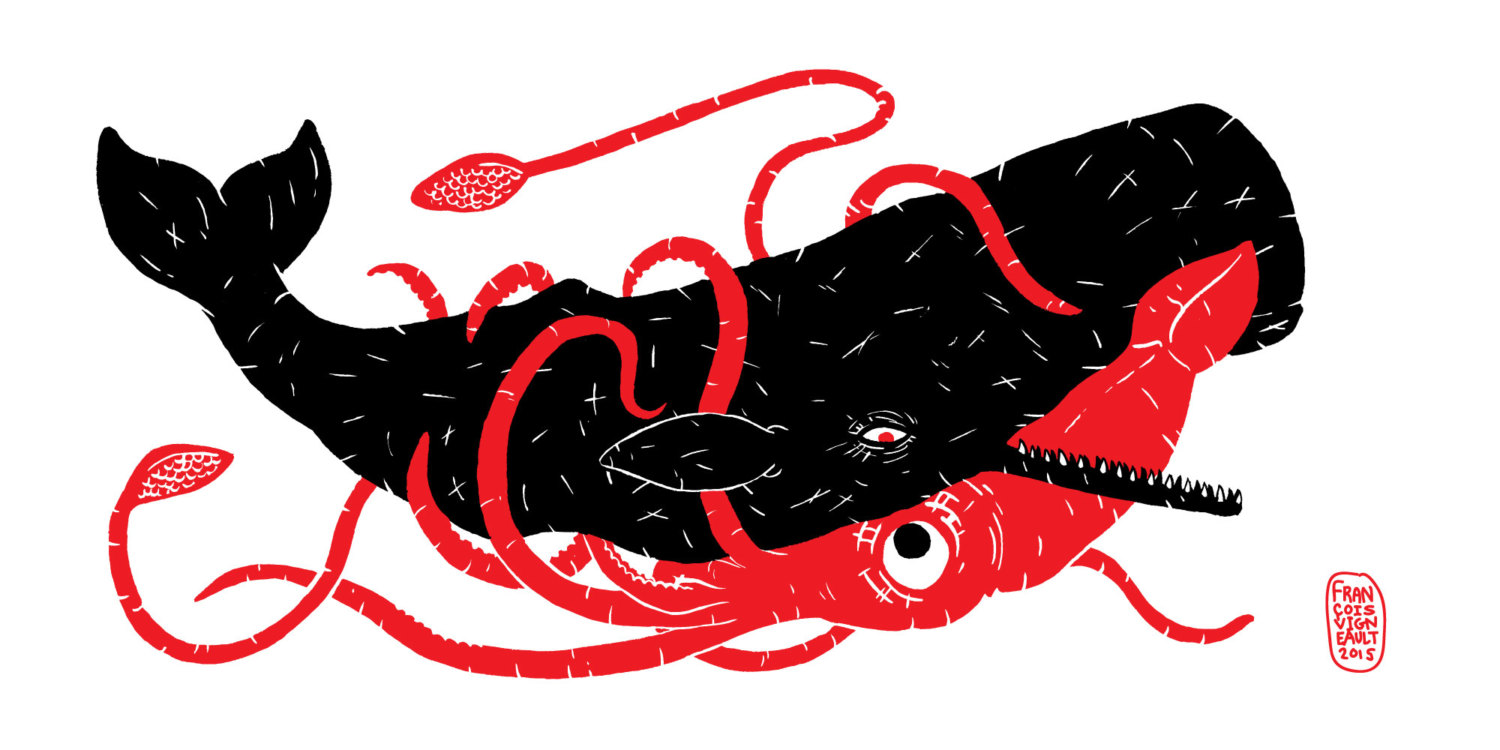 When I was an English major in college (I sell dildos now for a living), I wrote my senior thesis on Nathaniel Hawthorne. Why am I bringing this up?  It’s because any intellectual analysis of Nathaniel Hawthorne sidesteps fluidly into a conversation about Herman Melville. So intertwined the two became for a brief moment of their lives. Also, it’s because I suddenly feel like I’m writing a college paper and I have to fill 9 pages.  How do I double space a WordPress document? Pilgrims! When I first read MOBY DICK, I was an obnoxious college kid from New Jersey who didn’t want to waste his time reading detailed descriptions on the art of ‘whaling’.  Even now, I think it’s hysterical that I could identify the symbolism behind Ahab’s quest and yet, I couldn’t recognize my own inability to see Melville’s masterpiece as anything other than an overly technical guide to hunting leviathans. Basically, I’m happy the man I am today is the person who walked into the theater to see IN THE HEART OF THE SEA and not the uncultured swine that I was at 19. Why? Because when I tell you that I didn’t really get what this movie was going for, you’ll know it’s not for a lack of book learnin’ on my part.

I think I heard about this movie a day after it hit theaters? Listen, kids, I’m pretty on top of the internet and still this one swam by me. I think the last movie that completely snuck up on me was REIGN OF FIRE?  What is it with my radar and giant terrorizing behemoths? Honestly, it was the photo of all the weight that Chris Hemsworth lost for this film that made it to my screen first. It’s somewhat understandable that such a film could fall between the cracks amongst all the holiday madness, but I thought a loose interpretation of Melville’s classic masterpiece, directed by Ron Howard and starring Chris Hemsworth (THOR), Cillian Murphy (INCEPTION) and Tom Holland (The new SPIDER-MAN!), would kick up a little bit more blubber than it did. Was that sarcasm? In part, I guess it’s because it’s really hard to pin down what this movie is about from the trailers and posters…  Besides’s the obvious MOBY DICK connection, HEART OF THE SEA tries to capture the connection between fiction and reality, by introducing Melville has a young writer looking for inspiration for his next novel.  At times, this movie feels like it is attempting to capture that moment in human history when whales transformed from mythical beast that haunted the uncharted areas of the map and became something much more real. Other times,  it feels like a survival story that highlights the insurmountable human spirit or perhaps it’s a tale of the ruthlessness of corporate greed?  Perhaps it’s Ron Howard’s attempts at squeezing too many allegorical messages into this film that kept it from becoming a singular cinematic presence at the box office?

On the surface, this movie is exactly what you think it is.  A small crew on a whaling ship called Essex venture into an unexplored area and stumble across a ‘white whale’ that destroys their ship and terrorizes all their attempts at finding land. They get lost at sea and struggle to stay alive.  Everyone’s lips are super dry and their weight loss is a real bummer. While that idea seems simple enough on paper, the movie actually feels more like a television season and less like a single film. Actually, it feels more like your friend trying to describe a television show to you while hopped up on bath salts.  The whole story is being told to Melville at a bar, which means that any action sequence or a tense moment can be interrupted by the narrator as he suddenly decides to take the story in a random new direction.  (If you read Melville, you know that this somewhat mirrors his writing style). The older narrator (who is an all growned up Tom Holland) will continuously make comparisons to the whaling world of the past to the present day corporate world of Melville, which left me like ‘Oh, I guess that’s sort of like the oil corporations of today.  Thanks for making this easy for me.’  Which, isn’t a bad thing.  It’s just like watching a movie about an older caveman telling a story to a younger caveman about how the mammoth hunting industry in the Cretaceous Period compared to the Jurassic Period.  Cool? I get it, things were different but, I mean… it all looks and feels the same to me, a future man, so, what’s going on here? What are you trying to tell me. Oohhh! A big whale!

I feel like I painted myself into a corner with this review because I really did enjoy this film. If only for all the superficial reasons. The cinematography of this movie is breathtaking. The CGI and practical effects that make up the whales in this movie are pretty magnificent. They gave me that opening brontosaurus moment feeling from the original JURASSIC PARK. I believe in them while feeling intimated by them. All the moments on the lifeboat feel claustrophic and uncomfortable. I refrained from making the obvious JAWS or ORCA reference because I do not think it applies. It would be like mentioning ALVIN AND THE CHIPMUNKS in a review for THE SCARLET LETTER… (They both wear ‘A’s on their shirts). IN THE HEART OF THE SEA is what it is. Yeah, you could break it down and find a deeper meaning to all of it, but, the movie doesn’t really compel you to do that. Is this going to effect my final grade in this class? You leave this movie pretty satisfied with what you just saw, while not really understanding what you took away from it. Do you need to take anything from it? Nah.