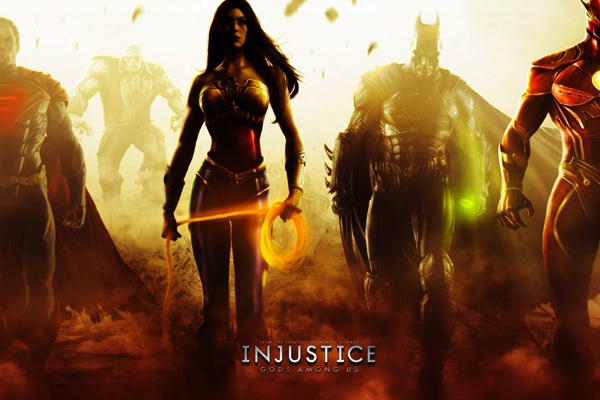 INJUSTICE: GODS AMONG US is a new fighting game for home consoles that features characters from the DC Universe battling against one another in famous DC locals. Any self respecting nerd will immediately imagine Batman fighting Superman amidst the crystal ice shards in The Fortress of Solitude or fantasize a gritty duel between Catwoman and The Flash in the streets of Gotham. Lucky for you, it looks like DC and NetherRealm Studios has you covered. For those playing at home, NetherRealm studios is the studio responsible for the 2011 reboot of the Mortal Kombat series so you can imagine how violent this game will likely be. COunt me in! Here is a brief game synopsis to get your nerd juices flowing:

“Gods Among Us” debuts as a bold new fighting game franchise that introduces a deep, original story featuring a large cast of favorite DC Comics icons such as Batman, Cyborg, Harley Quinn, Nightwing, Solomon Grundy, Superman, The Flash, Wonder Woman and many others. Set in a world where the lines between good and evil are blurred, players will experience heroes and villains engaging in epic battles on a massive scale.”

Sounds good to me. But words can only do so much. Check out the newest trailer below that was featured at this year’s Tokyo Game Show event recently and hold on to your butts!

INJUSTICE: GODS AMONG US will be beating the crap out of your X-Box 360, PS3, and Wii U sometime in April 2013. HULK SMASH…err wait, I mean SOLOMAN GRUNDY BORN ON A MON…I can’t do this.