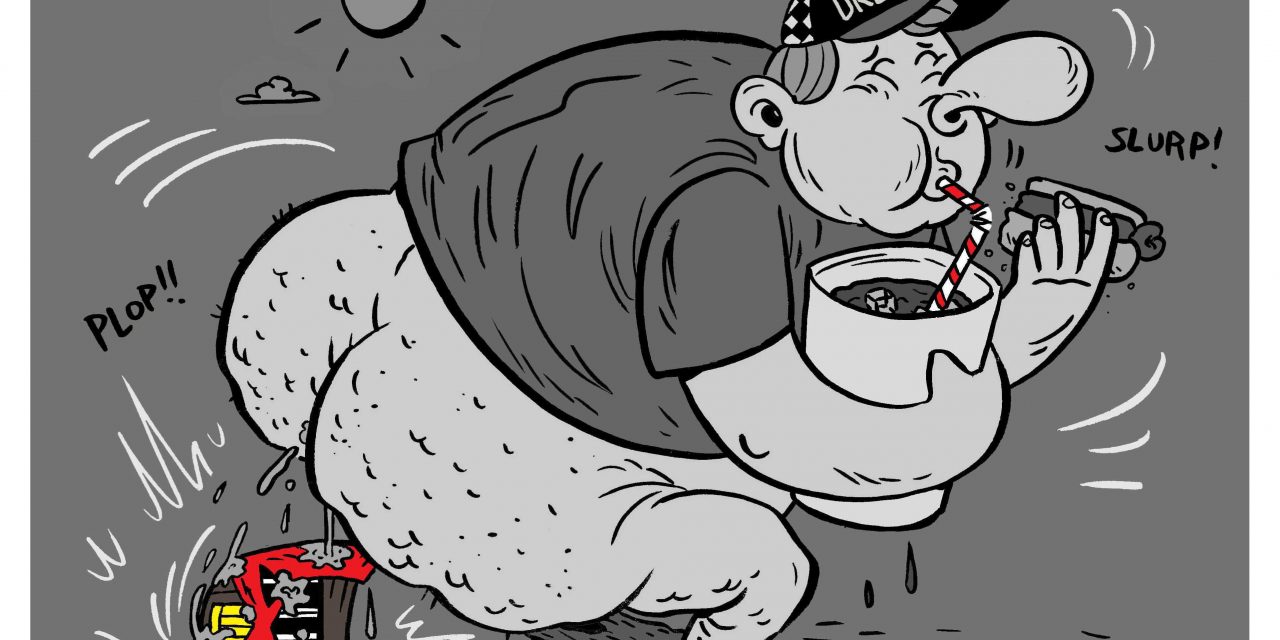 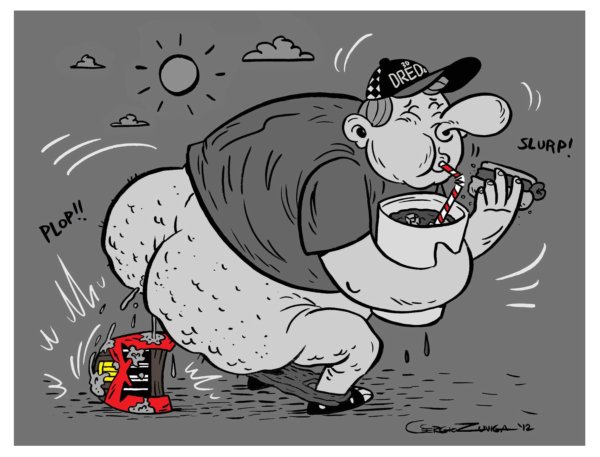 The character of Judge Dredd is one of the most famous and recognized to come out of the UK. The character was created by writer John Wagner and artist Carlos Ezquerra way back in the late 70’s. Judge Dredd began as a featured comic strip in the British science fiction anthology titled 2000 AD and has since become a pop culture phenomenon. The story here in America is a bit different. While there is definitely a cult following for the comics, the fan base is somewhat limited mainly due to the overdone film adaptation JUDGE DREDD starring Sylvester Stallone (THE EXPENDABLES 2) back in 1995. While it was a fun and campy adaptation, it just didn’t resonate with fans enough to warrant a sequel. Fast forward to 2012 and the studios are at it again, this time trying to reboot the franchise and make it more like the comic books. A good call if you ask me. This version of DREDD is a lot more straightforward and skips long-winded exposition in favor of balls out action and supreme violence.

DREDD is directed by Pete Travis (VANTAGE POINT) and stars the always awesome Karl Urban (STAR TREK, PRIEST) who gives audiences his best mean mug face as the titular hero Dredd. The aspect of this reboot that I appreciate the most (besides the unrelenting violence of course) is the fact that the movie gives us a brief yet informative setup minus a long-winded origin story (*cough THE AMAZING SPIDER-MAN *cough). All you really need to know is that DREDD is set in an ultra violent future where police have the authority to act as judge, jury, and executioner. One of these cops (Dredd; played by Urban) teams up with a training officer named Anderson (Olivia Thirlby; THE WACKNESS) to take down a gang of drug lords who are causing havoc. Instead of wasting audiences time telling us where this character came from and why he acts the way he does, we just dive right into the deep end, and according to Dredd, “It’s all the deep end.” I could not have said it better myself. This movie is nothing but complete and utter violence, a few appreciated one-liners here and there, and some cool ass action sequences complimented by a visually pleasing atmosphere and tone for all you science fiction nerds out there (that’s me!). 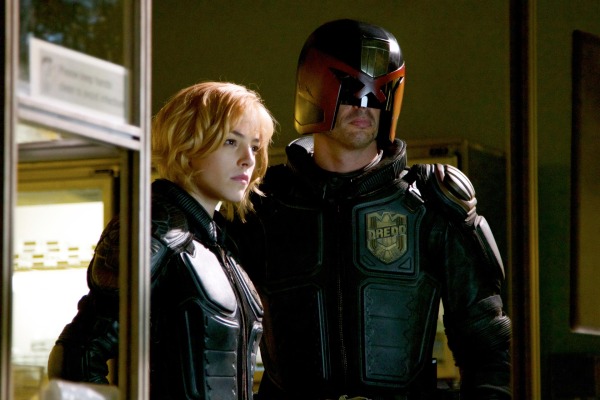 Karl Urban as Dredd is actually pretty darn perfect. He has a great screen presence, has great comedic timing for his required one-liners, and above all he sure knows how to kick some drug dealing ass. Sure this character is a bit corny, but it’s really all in good fun. Dredd is simply a beast and a warrior who knows how to deliver justice with brute force. I imagine Urban at his audition for this role and all they require from him is that big ass frowny-face look he carries (and owns) throughout the entire film. Great stuff considering he never actually takes off the helmet in this one. So cool. Thirlby as the officer-in-training is a great balance for Dredd. She is much more emotional, inexperienced, and a bit nervous. This is everything Dredd is not and the balance is fun and creates some memorable interactions. Besides Dredd and Anderson we have the evil drug lord simply known as Ma-Ma played by Lena Headey (300) who gives a terrific and grimy performance. It’s fun seeing a female lead villain who can give or heroes a real challenge. Her performance was fun, and memorable for sure due to just how eccentric, vicious, and dirty she was. Other than our main players, there are a handful of forgettable baddies for Dredd and Anderson to riddle with bullets. The cast is solid and good fun. 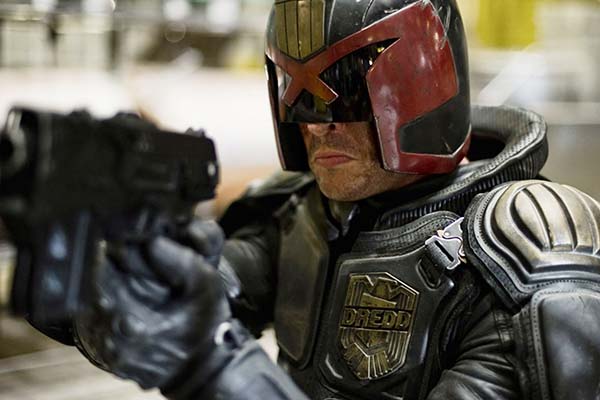 If it isn’t obvious by now, I didn’t buy a ticket to see DREDD because I wanted a great story or wonderful performances. I bought a damn ticket to see DREDD because I wanted unrelenting violence and action. I definitely got what I paid for and a lot of the brutal action sequences are burned into my memory due to the shock value. I especially enjoyed the intense and often beautiful moments of slow motion violence that audiences were treated to throughout that were shot in complete slow motion (1% the speed of normal time according to the movie) due to a drug creatively titled “Slo-Mo”. The drug itself obviously slows down time for the user and a lot of the users conveniently take the drug right before guns start blasting. The result is something that needs to be seen to be fully understood. It’s unique and fun. Besides these bursts of slow motion action, DREDD is full of a crap load of gun battles, fisticuffs, and brawls to quench the thirst of action junkies and then some.

DREDD is definitely a step in the right direction for the franchise. The story gets straight to the point, Urban and friends do a fine job with their respective roles, and the action delivers. While certain aspects of this film sure are memorable, I do get the shaking feeling that the movie as a whole will not have a lot of staying power in my overcrowded nerd brain. Sure I enjoyed it for what it was, but it never reached the heights I hoped it would as a whole. DREDD does not really do anything wrong and I definitely want to see more from this universe. I think DREDD is one of those films that did what it set out to do. Nothing more, nothing less. Your overall enjoyment will rely on your thirst for blood, your history with the franchise, and your willingness to just enjoy a crap ton of style over any real substance. That can be a good thing sometimes.