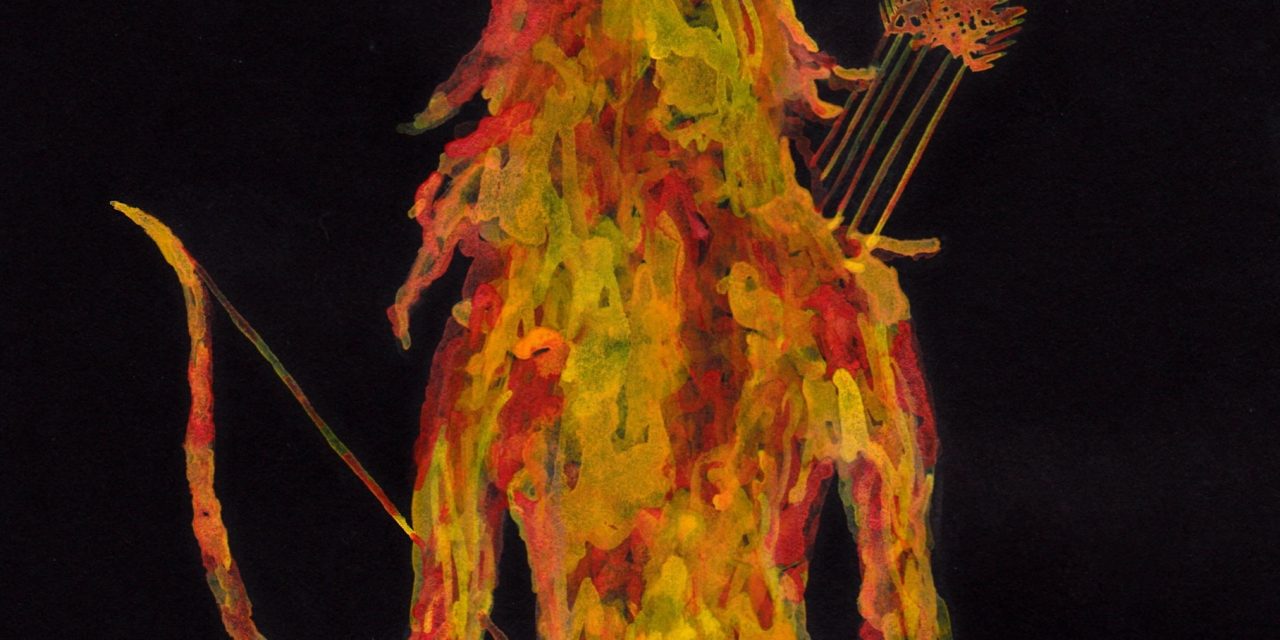 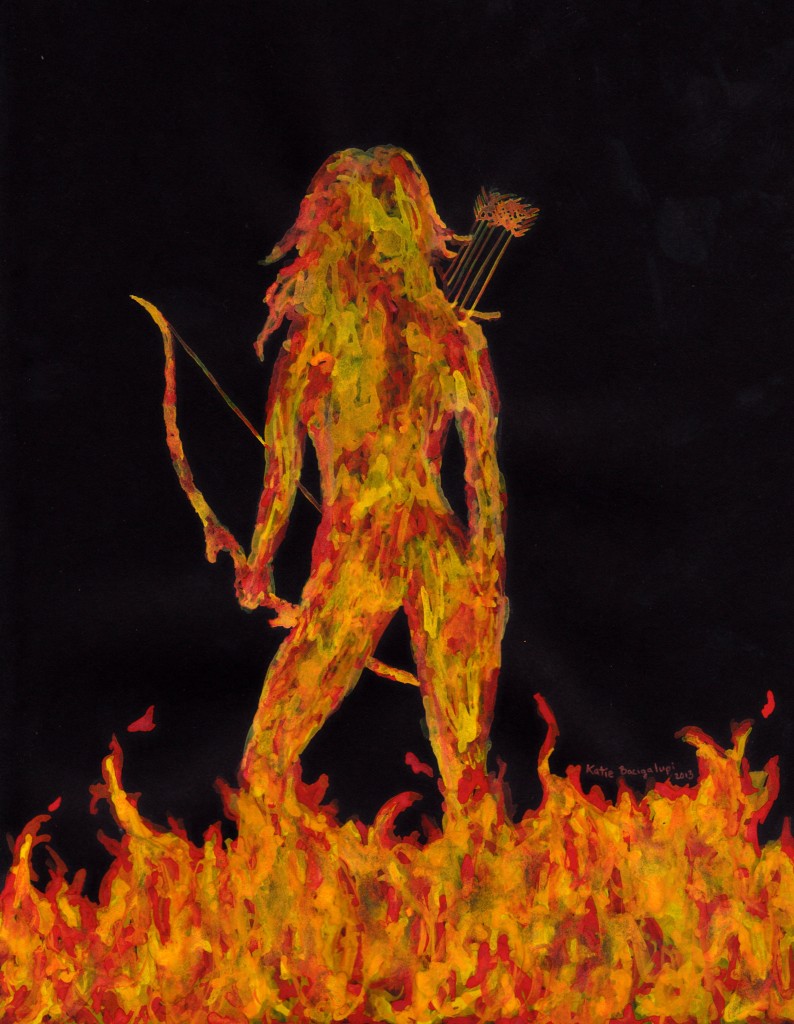 It’s been almost a year since Katniss Everdeen, played by Jennifer Lawrence (X:MEN FIRST CLASS)  and Peeta Mellark, played by Josh Hutcherson (DETENTION) beat the Hunger Games at their own.. game.  The purpose of the games has always been that of a reminder to the remaining districts, that they are forever at the mercy of the all powerful Capitol. ‘Remember, people.  You rebelled.  You lost. Now we make your kids fight to the death.’ Microphone drop. But, by defying the powers that be, not only did Katniss and Peeta reveal a critical weakness in armor of the Capitol, it also showed that two ‘not so extraordinary’ people could actually stand against those in power. (Even if their actions could be perceived as selfish and purely instinctual) I mean, seriously. They were forced to fight in an arena death match. I’d pretend to be in love with a tennis shoe if it kept me alive.

As the 75th Annual Hunger Games approach, we begin to see that Katniss and Peeta’s actions have created sparks of unrest throughout the districts. The story of their (fabricated) romance and near poison berry suicide attempt, has created a spirit of defiance that President Snow, played by Donald Sutherland (ORDINARY PEOPLE), wishes to quickly extinguish. He pressures Katniss to convince the districts that her actions were motivated solely out of love for Peeta and not an act of rebellion against those who would force their kids to ‘stabby stabby’ one other. Katniss and Peeta must prove that their loyalty is to, and shall always will be, with their ‘beloved’ President. As the tour begins,  it is clear that their hearts lie more with the people of the districts and not with those who would burn and ravage any who stand against them. They are successful in convincing some that they are nothing more than puppets of the government, but, the seeds of rebellion have already been planted.  Left with no other options, Snow devises a special anniversary Hunger Game’s rule change that turns the list of available tributes from all the boy and girls of the district to those in the existing pool of Victors. Basically, the only people forced to fight would be people who have already fought.  Which sucks, because, Katniss is the only living girl Victor from District 12.  Bummer.

It is obvious that Director Francis Lawrence (I AM LEGEND) is well aware that he was handed the EMPIRE STRIKES BACK of the HUNGER GAMES trilogy and does not disappoint. The sequel benefits greatly from his strong directorial decisions and from an extremely and noticeably larger budget. Free from having to explain the rules of Panem, CATCHING FIRE is allowed to simply exist within in.  HUNGER GAMES was burdened with both having to establish a fairly complicated world, while comfortably maneuvering us through Katniss’ experience with the games themselves. Also, was working with a significantly smaller budget. The sequel starts with us already understanding the rules and the reasoning behind the games and jumps directly into the ramifications they have had on our hero and the world around her.  Even when the rules change and Katniss is thrust back into her worst nightmare, we are able to easily keep up and grasp the bigger picture.  Even if Katniss herself is blind to the chess game being played around her. The world of CATCHING FIRE is much darker and hopeless, showing more of the brutality of those in power, the hellish conditions the people of Panem are forced to live in and how little hope there is for change.

Have you ever seen NIGHTMARE ON ELM STREET or FRIDAY THE 13TH and wondered what the lives of the heroes would be like after surviving such horrible ordeals?  CATCHING FIRE is the closest thing you will ever get to seeing that.  Katniss, clearly suffering from clear signs of PTSD, attempts to readjust to her old life. Even months after the games, she still finds her self haunted by the terrible things she had to do and the people that she lost.  Unable to be around Peeta, her fellow survivor, because he proves to only serve as a reminder of the shit they both had to go through. It is not until they both are thrust back into the hellish games, do they begin to truly try to be part of each other’s lives again.  As they slowly begin to realize that their lives will never be the same, nor will they ever be able to truly be as free as they were, we start to see that maybe they were never meant to walk out of the Hunger Games alive?

The film returns to familiar territory once Peeta and Katniss return to the Capitol and begin their training for their second Hunger Games.  Unlike the first movie, the tributes are all much older and broken down than the youthful tweens we saw in the last games.  There’s a sense of ‘screw this shit’ amongst them, that plays out pretty smashingly. They’ve all been in this crap before and barely survived.  Being forced to compete again is kind of horse shit.  With nothing to lose, they all speak their mind about the way things are and further ignite the fires that are burning throughout the districts.

Personally, I was impressed with how much CATCHING FIRE was able to include without it feeling overly cramped or forced. I felt like it did an excellent job of including all my favorite parts of the book, while creating a film that works so damn well on its own.  It sort of makes HUNGER GAMES feel like a prologue movie and this being the first film in the trilogy.  It’s hard to explain, but, it just feels like a better movie.  The look and the tone. The actors are allowed to shine and the world feels way more real.  It’s clear that Jennifer Lawrence’s career will continue way past her Oscar win.  Stanley Tucci’s portrayal of  TV personality Caesar Flickerman is mind blowing.  Every time he appeared on the scene or hammed it up, everyone in the audience went nuts.  Philip Seymour Hoffman seems a little out of place in this over the top world, but, mostly adds an element of sophistication to the cast.  Which is weird, because he’s the guy who made ‘sharting’ part of the urban dictionary. All the supporting cast hold their own and the special effects are miles ahead of what you saw in the first movie. My only complaint is that the ending does feel a little rushed.  We have a vague idea of what the next movie will be about, but, we aren’t handed off as smoothly as I would have liked.  What’s next?  Where do they begin?  What the hell is going on?  The ending did work in the sense that it made me extremely hungry for the next movie.  So, what am I complaining about?  If you find yourself with some free time during this busy turkey day week, I definitely recommend you sneak out and give this a view.  But, don’t go on an empty stomach.. I mean, It’s called the HUNGER GAMES for a reason.